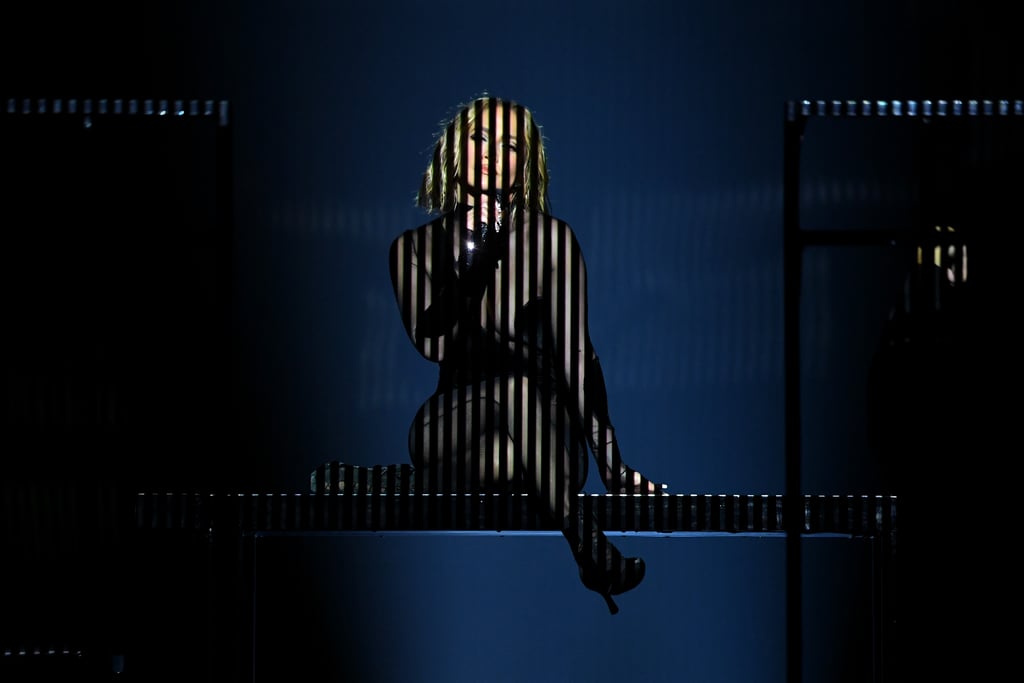 Jennifer Lopez's latest performance is raising red flags for those with a sharp recollection of major pop culture moments. The singer performed "Pa' Ti" and "Lonely" with Maluma at the 2020 American Music Awards on Sunday, and though she long ago proved her ability to put on a captivating and unique show, many viewers pointed out aesthetic similarities between Beyoncé and JAY-Z's iconic performance of "Drunk in Love" at the 2014 Grammy Awards.

For starters, Lopez's performance began with her seated and swathed in illusionary, vertical-line lighting. Beyoncé's performance began about the same, except hers featured horizontal lines. Although not a novel concept, Lopez's performance similarly incorporated chair choreography and the sudden appearance of her suited-up duet partner. Lopez's look also felt derivative — her sheer LaQuan Smith bodysuit resembling Beyoncé's La Perla and Nichole de Carle lingerie, while her wet bob was nearly identical. It is, however, worth noting that much of the performance's choreography, as well as J Lo's bodysuit, also appeared in the second half of the joint"Pa' Ti" and "Lonely" music video released in September.

In the hours that followed the award show, comparisons trickled in on social media. People on Twitter fought. Renowned internet water coolers The Shade Room and Diet Prada both posted about the performance and its presumed inspiration. In one of the former's posts, a top comment read, "They performing 'Tispy In Like,'" which is simply hilarious.

This, of course, isn't the first time an artist has been accused of copying Beyoncé, nor will it be the last, and the purpose of continually calling it out isn't to stir up drama or admonish these performers for doing so. (No, no one is trying to cancel J Lo.) It is, however, important to give credit where it's due, and acknowledge Beyoncé's impact on her industry and culture at large — no matter how intentional or accidental the imitations that follow are.

Scroll through photos ahead to see how the performances compare.