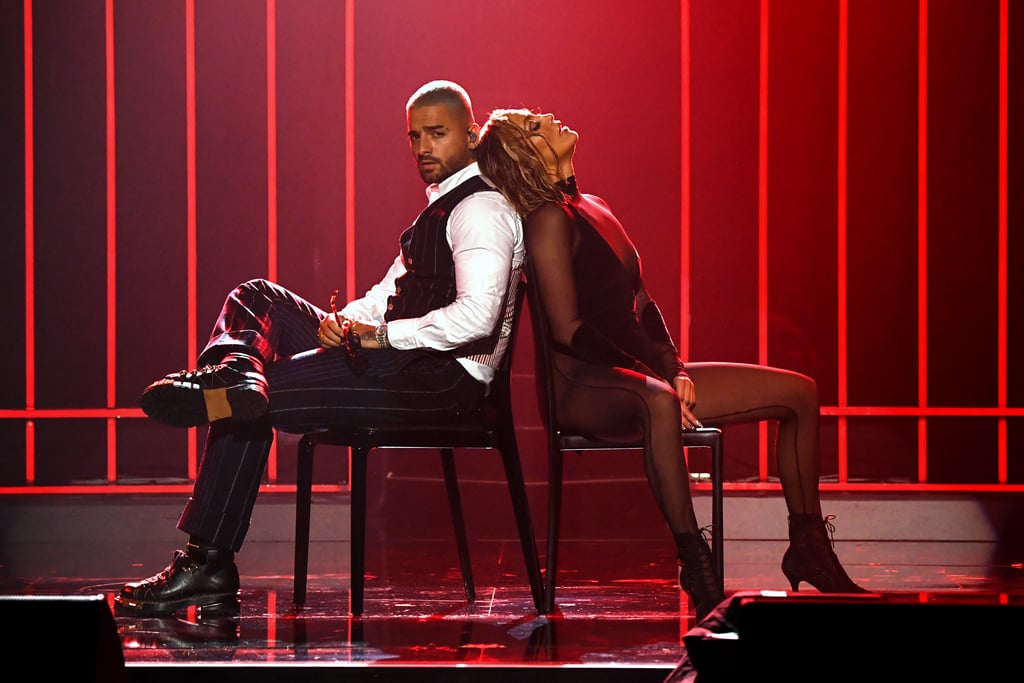 I thought I was prepared for Maluma and Jennifer Lopez's performance at the American Music Awards on Sunday, but boy, was I wrong. Given that it marked Maluma's debut at the ceremony, I should have already known that he and J Lo were going to bring the heat. The duo collectively steamed up the stage as they performed their two hits, "Pa Ti" and "Lonely," which will be featured in their upcoming rom-com, Marry Me, and it certainly gave many fans flashbacks of Beyoncé and JAY-Z's 2014 Grammys performance.

The movie — which is now set to premiere on May 14, 2021, after being pushed back from its original Valentine's Day release — is based on Bobby Crosby's graphic novel of the same name and is described as a cross between Notting Hill and A Star Is Born. It follows Lopez's Kat as she finds out that her fiancé, Maluma's Bastian, has been cheating on her with her assistant. She then goes on to marry a random crowd member, played by Owen Wilson, instead. For a glimpse of what's to come, check out Maluma and J Lo's performance ahead.

Lil Nas X
Lil Nas X Pauses Concert Due to a Bathroom Emergency: "I Was Literally Back There Dropping Demons"
by Sabienna Bowman 17 hours ago