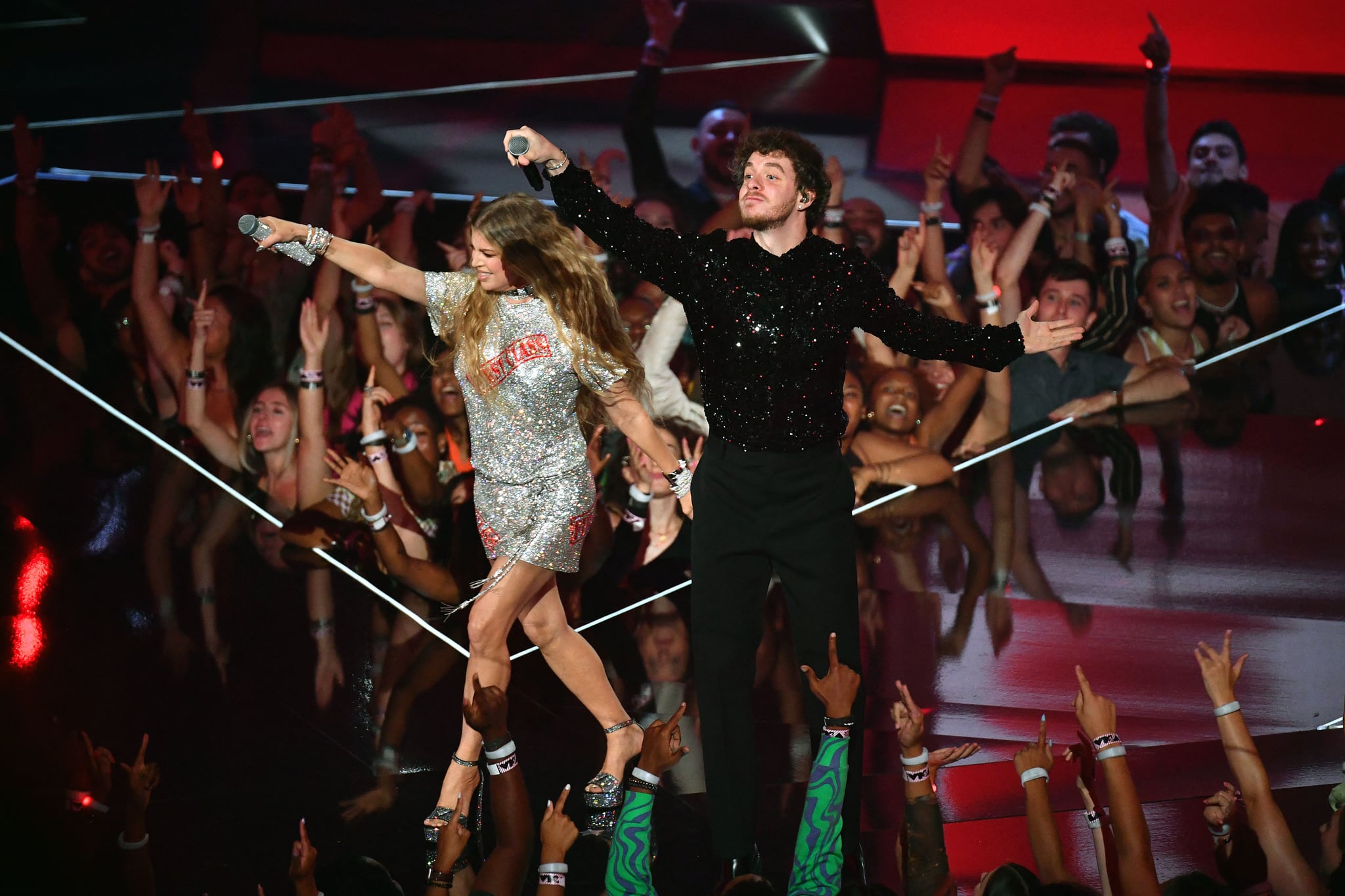 Jack Harlow took his performance skills to new heights for his 2022 MTV VMAs set. The "Come Home the Kids Miss You" rapper opened up the big show on Aug. 28 ahead of his emceeing gig and delivered a star-studded performance of "First Class" at New Jersey's Prudential Center, featuring brief cameos from folks like Chloë, Avril Lavigne, Saucy Santana, and Becky G.

Harlow's performance was also accompanied by an extra-special surprise appearance from Fergie, who popped up to perform her 2006 hit song, "Glamorous," aka the song Harlow sampled for his track. The rapper's opening number set the bar high for his big night as he clinched his fair share of VMA awards, including best collaboration and song of the summer.

In addition to his performance, Harlow also served as cohost for the VMAs alongside Nicki Minaj and LL Cool J, as the trio of hip-hop stars, for the first time ever, announced performers, presenters, winners, and other VMAs segments together during the show.

Harlow's electric VMAs performance comes after he shared the stage with Brandy at the 2022 BET Awards. The duo performed "First Class" and surprised viewers with a special freestyle verse from the vocal icon. Harlow is also set to join Sinqua Walls in an upcoming reboot of '90s sports comedy "White Men Can't Jump," and there's no telling what else he has up his sleeve.