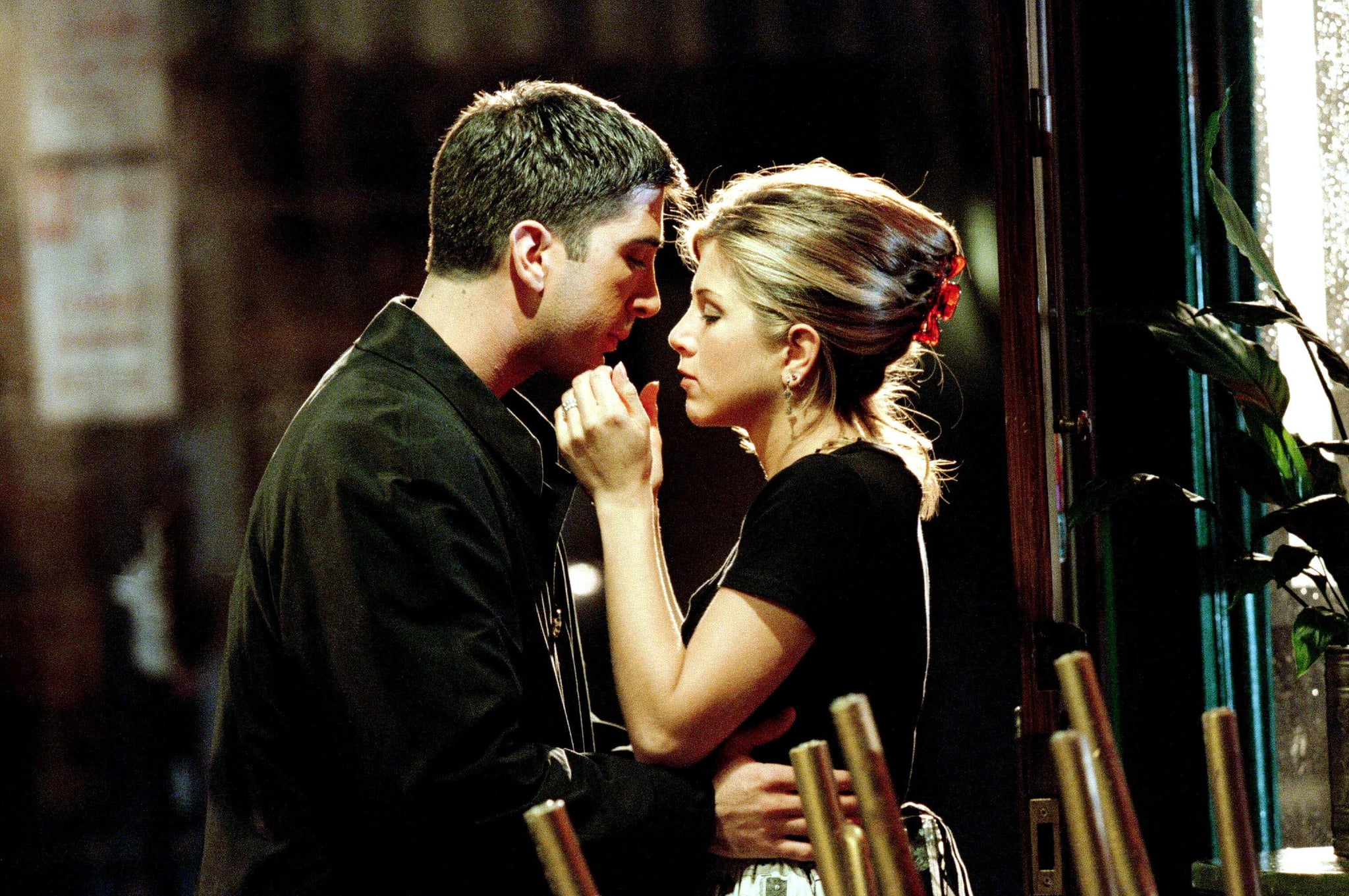 Image Source: Everett Collection
When it comes to iconic TV "Will they? Won't they?" couples, Ross Geller and Rachel Green from Friends are very high in the rankings. The chemistry between Jennifer Aniston and David Schwimmer in those early seasons was intense, and thanks to the recent Friends reunion on HBO Max, we now know why. "The first season, I had a major crush on Jen," Schwimmer shared, before Aniston quickly added, "It was reciprocated." Although their crush was mutual, they never acted upon it in real life. "At some point, we were both crushing hard on each other, but it was like two ships passing. One of us was always in a relationship, and we never crossed that boundary," Schwimmer explained. "Bullsh*t," Matt LeBlanc jokingly added.

Aniston recalled thinking how it would "be such a bummer if the first time you and I actually kiss is . . . on national television." And that's exactly what ended up happening. Since they weren't able to realize these feelings in their personal lives, they utilized them for Ross and Rachel's first kiss outside of Central Perk. "Sure enough, the first time we kissed was in that coffee shop. We just channeled all of our adoration and love for each other into Ross and Rachel," Aniston said.

If the pair thought they'd been keeping this big secret from the rest of the group, their rehearsal behavior certainly betrayed them. "I thought back on the very first year or two, you know, when we had breaks from rehearsal, there were moments we would cuddle on the couch," Schwimmer told host James Corden. "I'm thinking, 'How did everyone not know we were crushing on each other?'" Matthew Perry and Courteney Cox almost immediately responded in unison with, "We knew." Guess the reunion actually is "The One Where Everybody Finds Out."