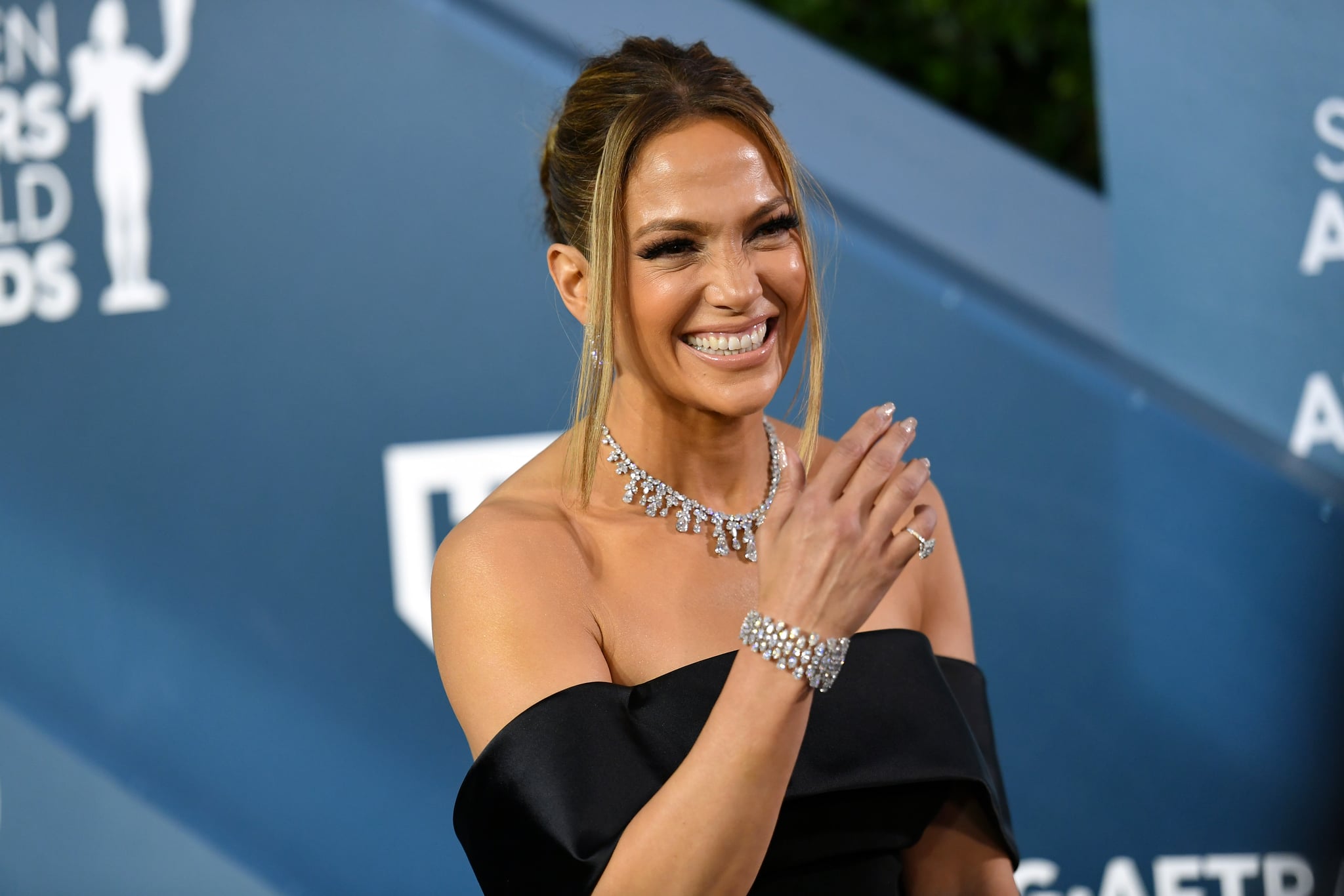 Condragulations are in order because Jennifer Lopez is about to make her long-awaited debut on RuPaul's Drag Race. A new season 14 trailer was released teasing the arrival of the triple-threat, and though she isn't shown in the video, Judge Ross Matthews at one point exclaims, "Even J Lo is looking at you like, 'Damn!'" According to Entertainment Weekly, her appearance will be a virtual one. If we had to guess, it will likely be tied to the release of her rom-com, Marry Me, on Feb. 11.

This comes after countless references to Lopez enduring career throughout the show's run. There was the time Carmen Carrera did an impression of Lopez in season three's Snatch Game. The six-way lip-sync for your life, the show's first, to "Waiting For Tonight" during season 11 also comes to mind.

With iconic guest judges and a twist you won't see coming, this season is a GAME-CHANGER! 👑 #DragRace Season 14 premieres FRIDAY JAN 7 at 8/7c on @vh1! ⭐️ pic.twitter.com/P1lkMFWb7j

It seems the season will have plenty of other surprises and firsts in store. For starters, some of the guest judges will include Lizzo, Alicia Keys, Taraji P. Henson, Andra Day, Dove Cameron, and Ava Max. Earlier this month, it was also announced that Drag Race had cast its first straight, cisgender male competitor, 26-year-old Maddie Morphosis. Stayed tuned for the premiere on Jan. 7.