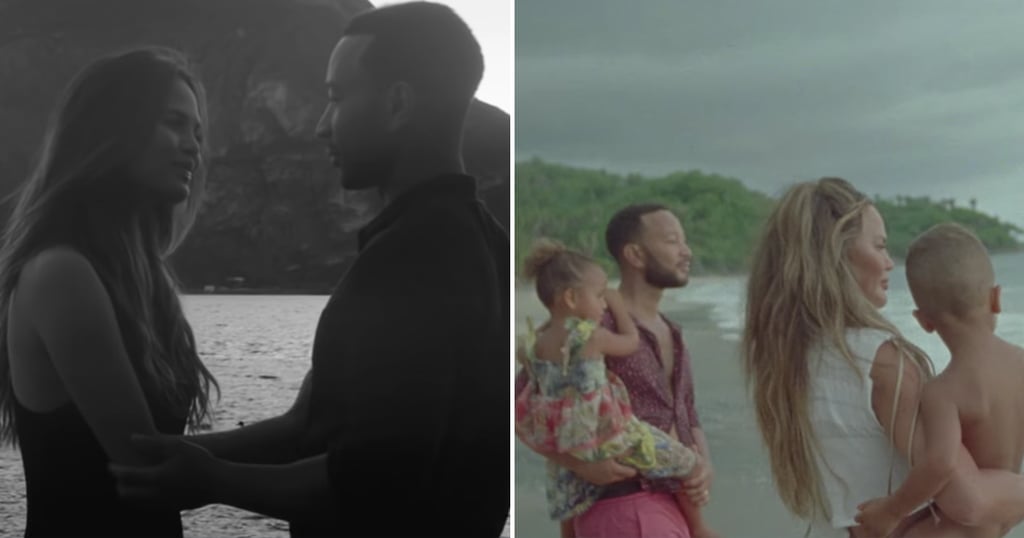 John Legend Has Chronicled His Growing Family in His Music Videos, and It's Sweet as Hell

John Legend and Chrissy Teigen are one of the most open celebrity couples, and it's fair to say we've fallen in love with their love through the years. The pair first met on the set of Legend's 2006 music video "Stereo," and it feels like ever since, they've been taking us along for the ride as they've welcomed two children, 4-year-old daughter Luna and 2-year-old son Miles, and are now expecting a third. And through it all, Legend has combined his two greatest loves, his family and music, to express his devotion in a way that only he can.

From the release of "All of Me," which will probably be featured on every wedding playlist for the rest of time, to his most recent single, "Wild," Legend has recorded the growth of his family with Teigen through his music videos for the world to see. It's beautiful, it's a tad overwhelming, and damn if I'm not tearing up at how much I love that for them! Scroll ahead to watch Legend's music videos featuring Teigen, Luna, and Miles and probably sob over how beautiful this family is.

Identity
The State of Reggaeton Music Today — in Conversation With Paopao, Katelina Eccleston, and Jesús Triviño
by Charisandra Perez 19 hours ago