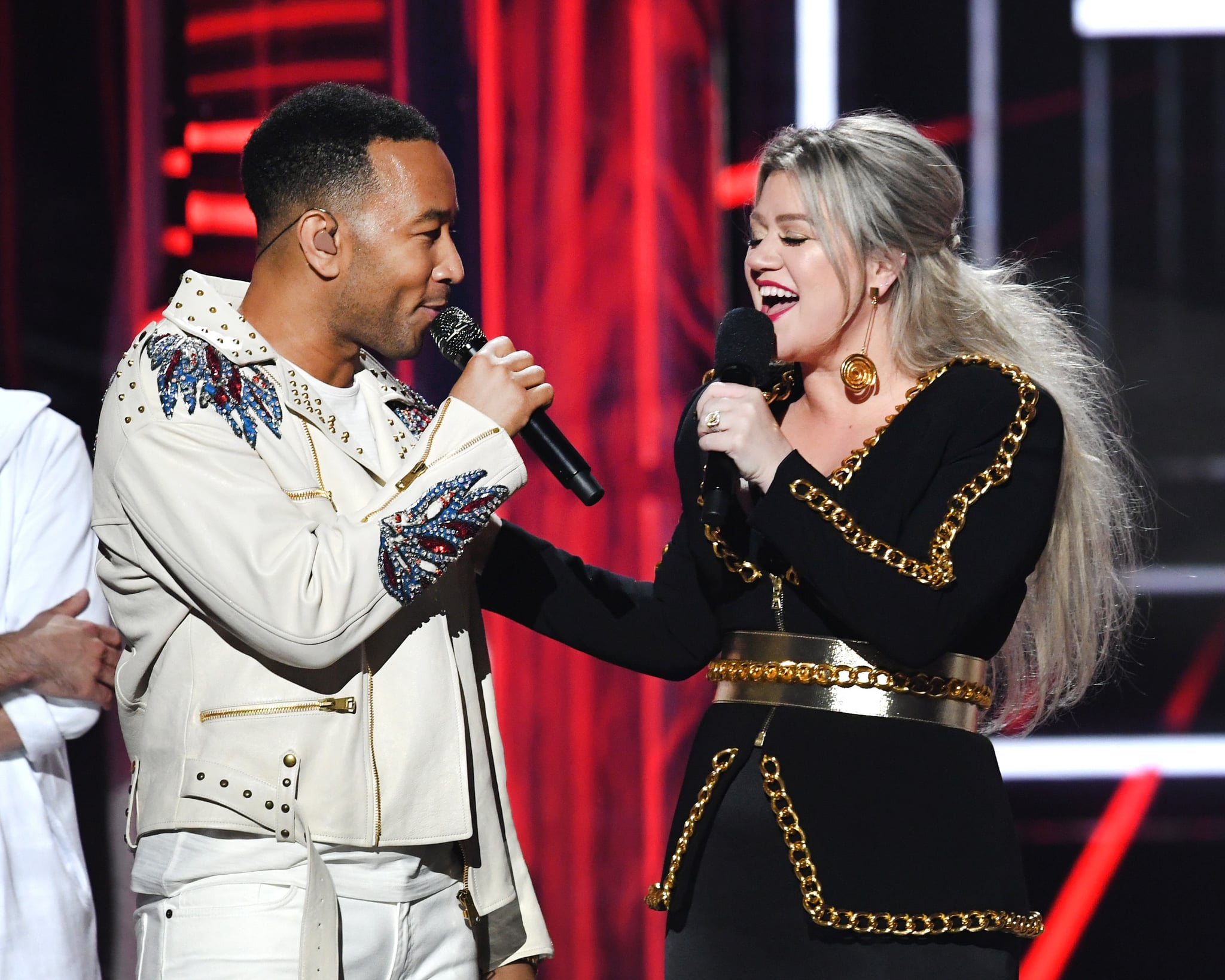 Usually the "attack on Christmas" involves Starbucks cups and holiday sales, but this time Kelly Clarkson and John Legend seem to be leading the charge. The Voice judges recently released a new edition of the classic holiday jingle "Baby, It's Cold Outside" to usher in a deluxe version of Legend's holiday album, A Legendary Christmas, and the subsequent backlash surrounding the song has Clarkson laughing.

"Did you not hear that John and I ruined Christmas recently?" The Kelly Clarkson Show host asked Chrissy Teigen during her appearance on Tuesday's episode. "People got so mad!"

Penned by Legend and Insecure's Natasha Rothwell, the duo's cover does away with the song's more controversial lyrics, which led to it being pulled from various radio stations in 2018. But aside from some minimal lyric changes, the cover is just as swinging as the original and admittedly less concerning. At one point Legend sings, "It's your body, and your choice" to Clarkson, whose lyrics are about whether or not she should have another drink.

Related:
Listen to John Legend and Kelly Clarkson's Woke Version of "Baby, It's Cold Outside"

But, as Clarkson and Teigen discuss, some people are not feeling the less creepy version of the song. "John had this idea . . . Both John and I have cut the original, we like the original, but we noticed that a lot of people didn't, so we were like, 'Let's give them another option,'" the singer explained. "And apparently we killed Christmas!"

Teigen seemed especially over the criticism of the new song, particularly by Sharon Osbourne, who called the song "ridiculous" on The Talk. "Sharon assumed that you burned them all in the backyard or something and that you can never listen to the original again," she replied, rolling her eyes. "I don't care what you guys do, but to be like, 'I hate this now.' Oh my god, get over it."

"I love Sharon!" Clarkson responded, recalling that Osborne had just visited her show. "That's why I thought it was so weird. She took it so personal. I just thought it was weird . . . I'm trying to understand it. There are so many issues in the world right now."

But, as they both concluded, some people just want their creepy Christmas song.