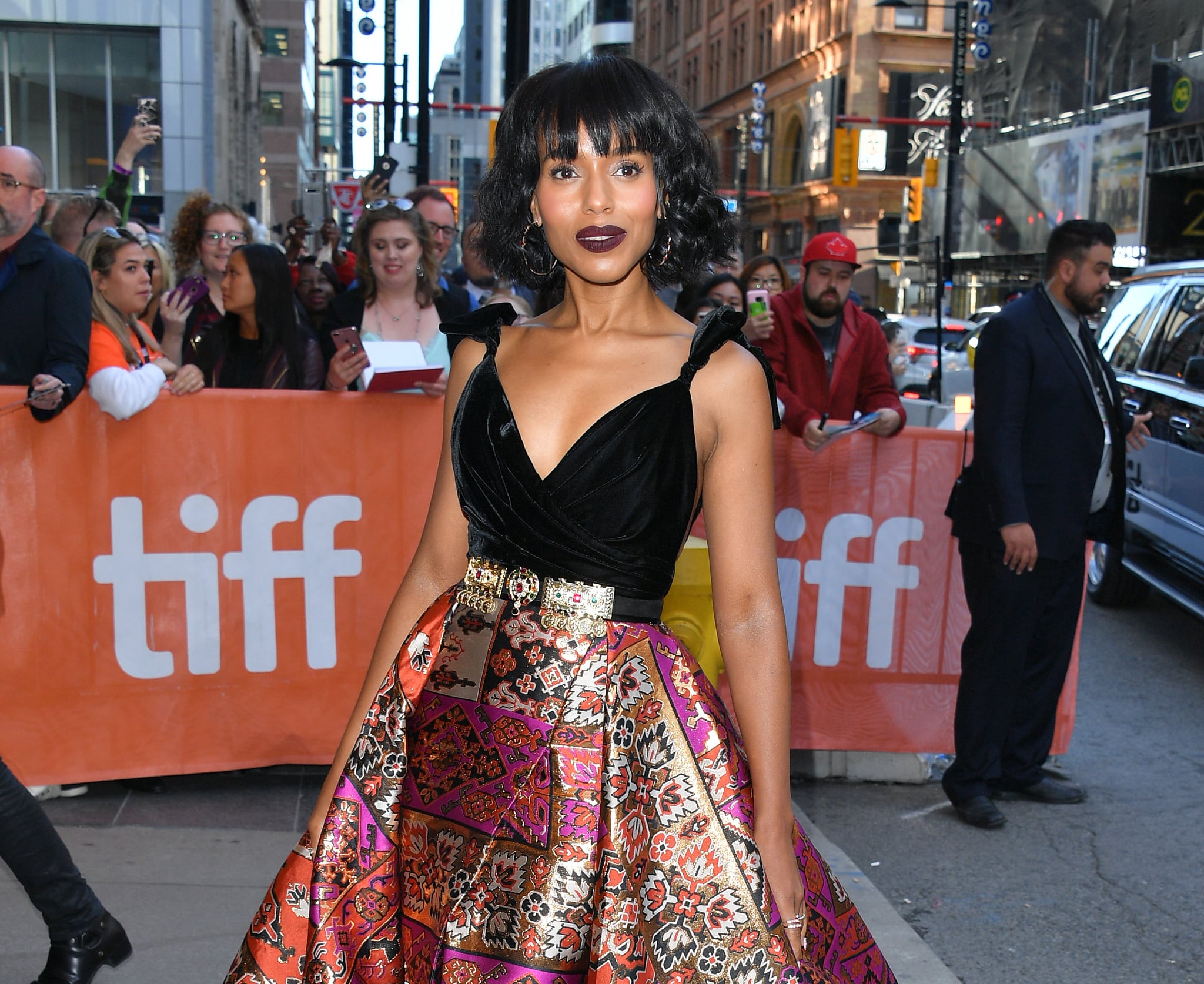 The fourth season of Insecure isn't set to make its long-awaited debut until Spring 2020, but there are already a few exciting new details about the new batch of episodes that we're looking forward to. Not only is the HBO comedy getting an extra two episodes this season, but according to a recent post on Twitter, there's also a special guest being added to the crew: Kerry Washington. The American Son actress announced that she'll be directing an upcoming episode of Insecure in a post she shared on Twitter on Nov. 19.

"I'm a little INSECURE about my Mirror B*tch. But I'm excited for @IssaRae to show me how it's done," she captioned a short clip of herself doing a hilarious impression of Issa Rae's Insecure character rapping in the mirror. According to the video, Washington will be directing episode nine, which will be the penultimate episode if Rae's earlier comments ring true. Her announcement comes a few weeks after Jay Ellis, who plays Lawrence on the show, announced that he'll be directing an episode as well.

At this time, there's still no set premiere date for the new season, but with this news, we have no doubts that the wait for its arrival will be worth it. Take a look at Washington giving us her best Mirror B*tch impression ahead.

I’m a little INSECURE about my Mirror B*tch. But I’m excited for @IssaRae to show me how it’s done. #KerryDirectsInsecure pic.twitter.com/uv7PnwLTWq

Gossip Girl
"Gossip Girl" Ends at the Met Gala, and the Hair and Makeup Don't Disappoint
by Jessica Harrington 13 hours ago