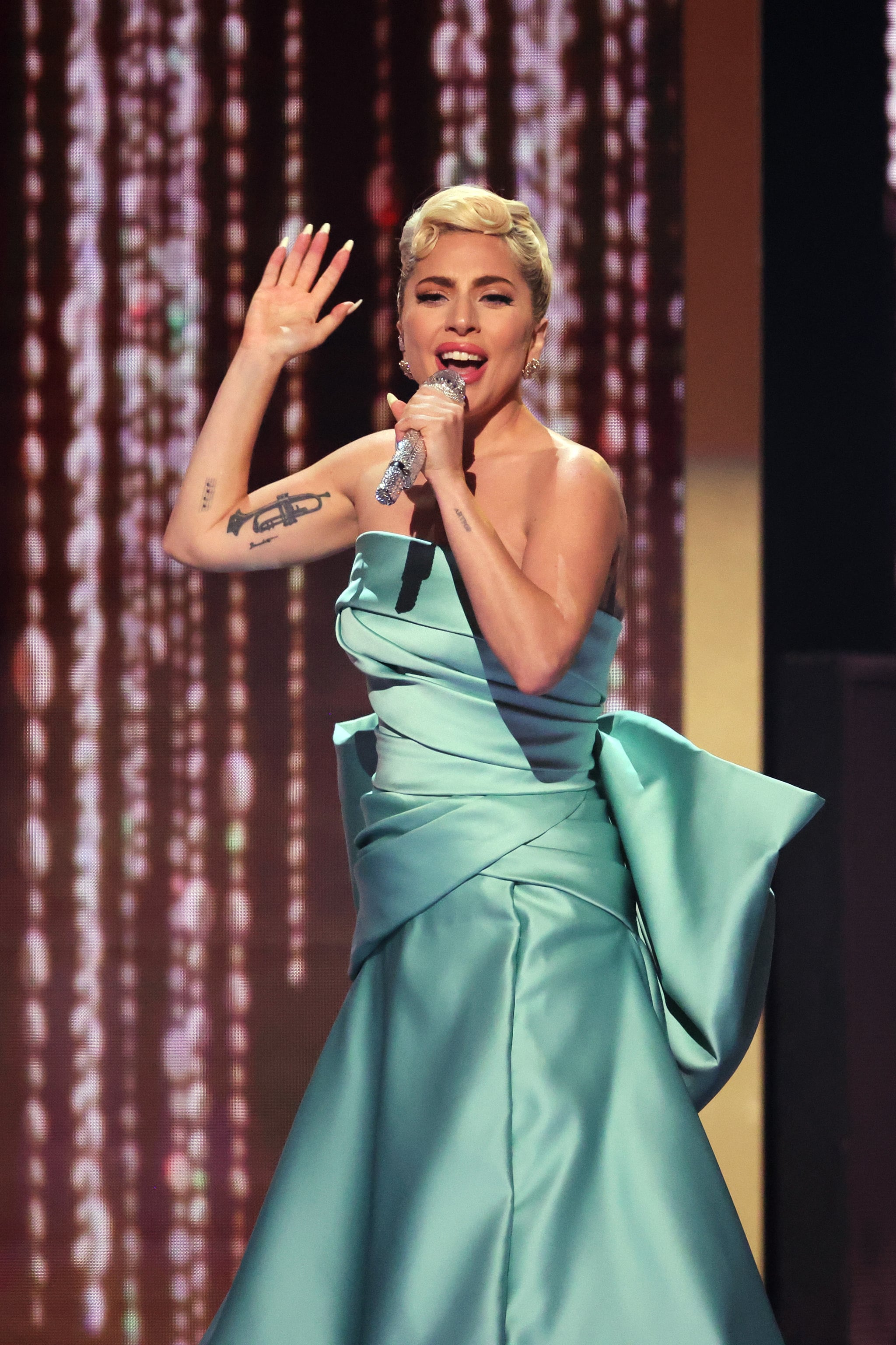 New Lady Gaga music has arrived, but no, it's not a new album. On May 3, the multihyphenate released a new song, "Hold My Hand," which she wrote and recorded for the upcoming film "Top Gun: Maverick." Gaga shared the song's music video, which stars herself and "Top Gun" star Tom Cruise, on May 6.

Gaga first announced the track on social media on April 27, tweeting, "When I wrote this song for Top Gun: Maverick, I didn't even realize the multiple layers it spanned across the film's heart, my own psyche, and the nature of the world we've been living in. I've been working on it for years, perfecting it, trying to make it ours. I wanted to make music into a song where we share our deep need to both be understood and try to understand each other — a longing to be close when we feel so far away and an ability to celebrate life's heroes." She went on to thank main star Tom Cruise, musician Hans Zimmer, and director Joseph Kosinski for the opportunity.

Leading up to the reveal, Gaga seemingly shared lyrics from the song on Twitter. One line read, "Hold my hand everything will be ok I heard from the heavens that clouds have been grey," while another read, "Pull me close wrap me in your aching arms I see that you're hurtin'."

Related:
Tom Cruise, Miles Teller, and More: Here's Everyone Who Is on Board For Top Gun 2

The singer's social media announcement continued, "This song is a love letter to the world during and after a very hard time. I've wanted you to hear it for so long. And I'm so excited to give it to you on May 3." On April 29, she tweeted a 10-second snippet of the forthcoming track, again teasing the song's release date.

While "Top Gun: Maverick" was originally scheduled to be released in July 2019, it was initially delayed due to the movie's complicated flight sequences and then further postponed as a result of the pandemic. It will now hit theaters on May 27.

Gaga is no stranger to penning songs for movies. She wrote all the music for "A Star Is Born," winning an Oscar — along with Mark Ronson, Anthony Rossomando, and Andrew Wyatt — for best original song for "Shallow." The original "Top Gun" film had one of the most popular soundtracks of all time, including Berlin's "Take My Breath Away," which won an Oscar in 1986. No other songs on the "Top Gun: Maverick" soundtrack have yet been announced, but it won't be a surprise if the movie has a few more music superstars up its sleeve.