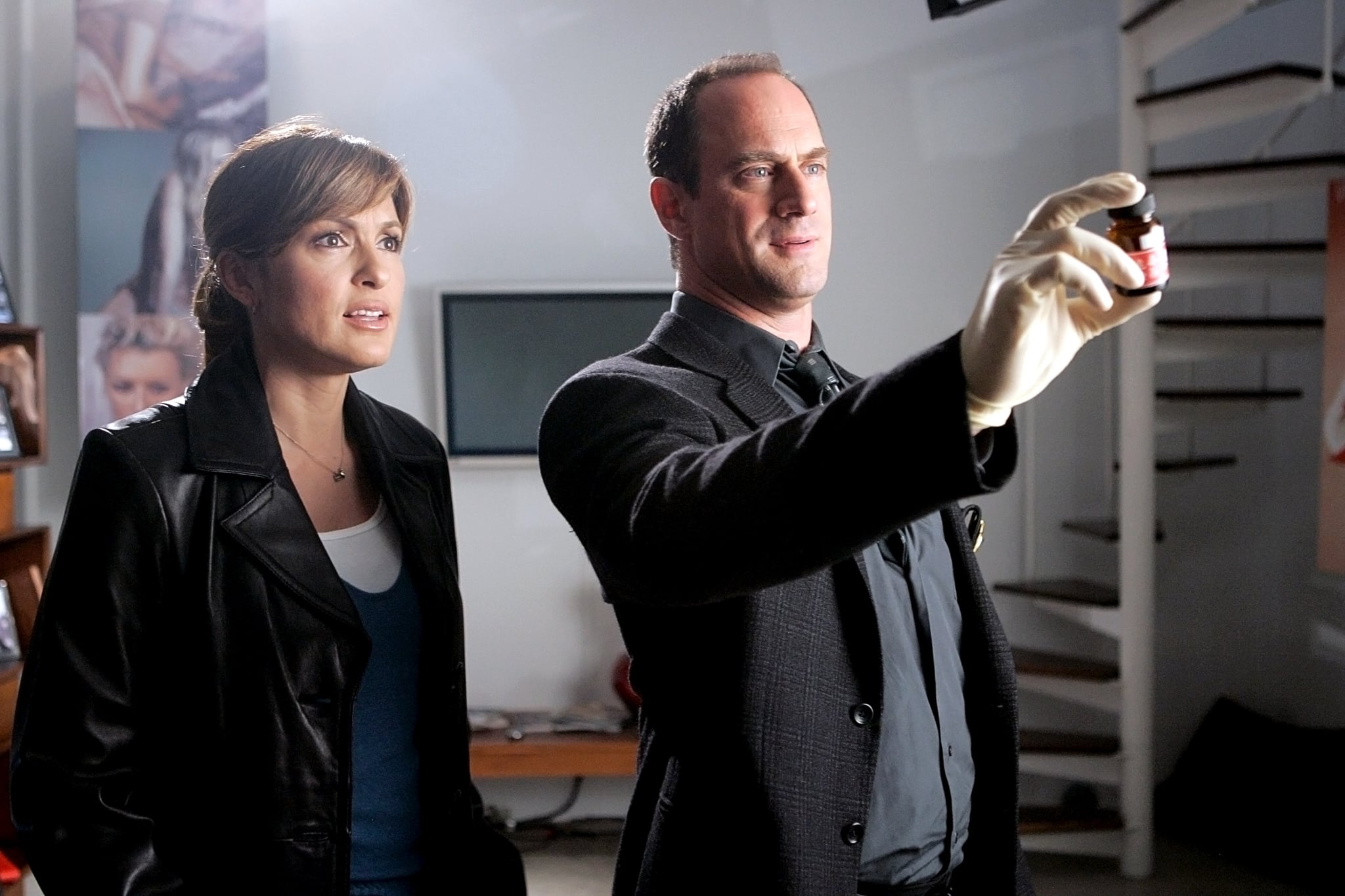 The most exciting aspect of the upcoming Law & Order: Organized Crime is the return of Detective Elliot Stabler. Played by Christopher Meloni, the character was one of the leads for over a decade on Law & Order: Special Victims Unit before vanishing abruptly after contract negotiations between Meloni and the show broke down in 2011. It's been 10 years since Stabler was last on our screens, so before his return when the new series premieres on April 1, let's take a quick look back at how he left.

Stabler's departure from the show comes after one too many tragic incidents take their toll on him. In the season 12 finale — his last episode — a young woman opens fire in the squad room, killing two suspects in the case of her mother's rape and murder, injuring another, and killing Sister Peg, a Catholic nun who worked with the SVU squad. Stabler is forced to return fire, with Detective Olivia Benson (Mariska Hargitay) ducking for cover next to him, and the shooter ends up dying in his arms after he fatally wounds her. That cliffhanger ending is the last time we see Stabler on screen.

Following the shooting, it's revealed in the season 13 premiere that Stabler has been placed on administrative leave while the NYPD Internal Affairs division investigates. The investigation does clear Stabler of wrongdoing, but there's a catch: the incident is the sixth such event in Stabler's career, which raises some red flags. His superior, Captain Donald Cragen, reveals that Stabler won't be allowed to simply go back to work as if nothing has happened. In order to return, Stabler would have to undergo a psychological evaluation, take an anger-management class, and allow the Internal Affairs Bureau to review his entire personnel file. Benson suspects he'll never agree to those terms, and she's right: he retires from the force off screen, and Cragen is left to break the news to Benson.

Despite his abrupt absence, Stabler is referenced a couple of times in subsequent seasons, mostly in scenes with his former partner Benson. She's made a few passing references to her "old partner," but his presence (or lack thereof) hasn't been heavily hanging over the plot, either. The former partners are set to reunite in the first episodes of Organized Crime, but it remains to be revealed whether this will be their first reunion or just the first one we've seen on screen. Either way, it's definitely been a long time coming!