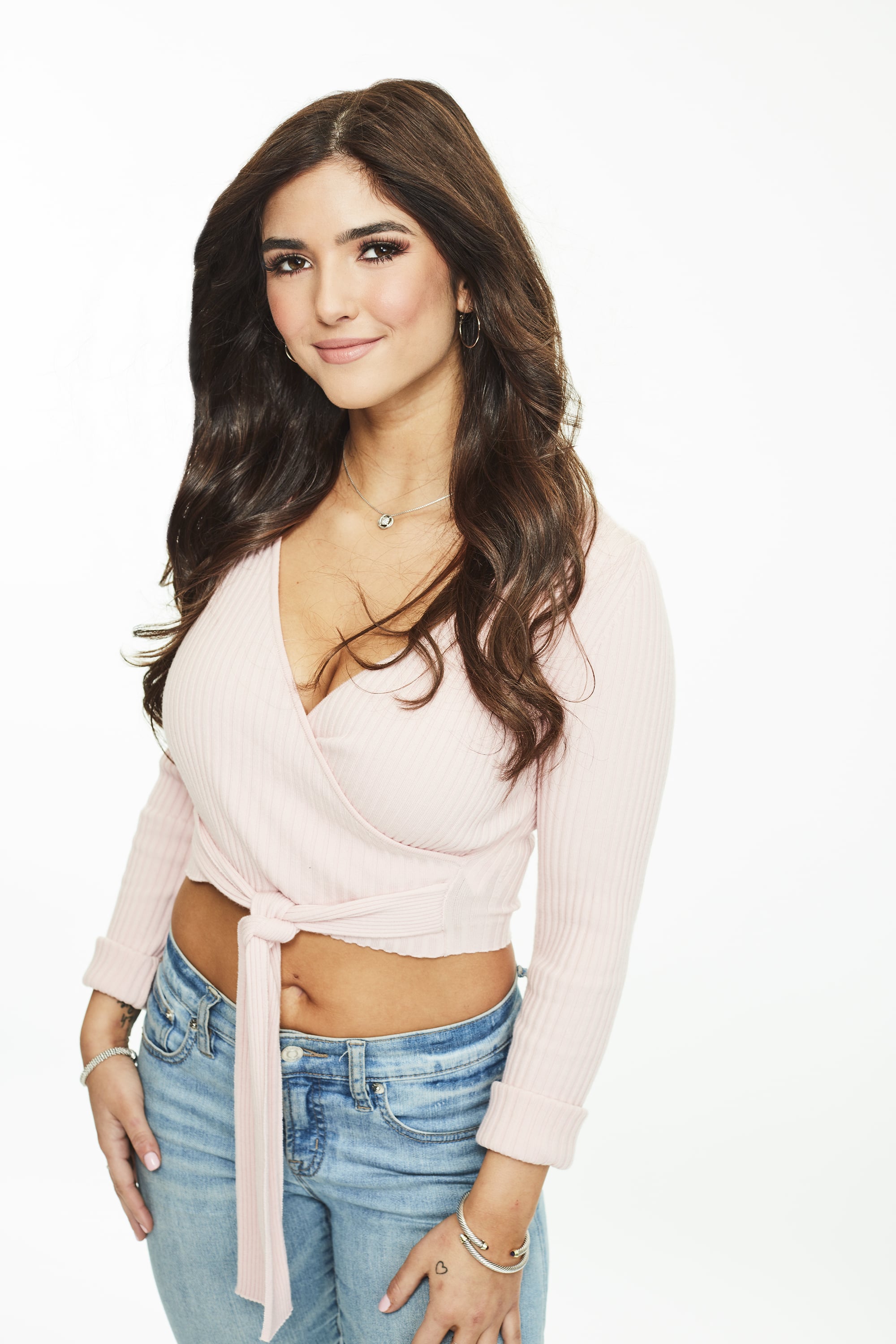 Because it'll be the last Bachelor content we get for a while, we've been especially excited to see how The Bachelor: Listen to Your Heart unfolds. Country singer Jamie Gabrielle is one of the talented hopefuls looking for love and a big break on the show, and from the looks of things, she could very easily be one of the contestants we root for the most. Here's what we know about her after the premiere!

According to her official ABC bio, Jamie has always known she wanted a career in music. "Jamie is the sweet and fun-loving girl next door who knows her way around a six-string guitar. From an early age, she knew she wanted a career in music. After leaving liberal arts college for the prestigious Berklee College of Music, Jamie was ready to pursue her musical aspirations," her bio reads.

Jamie admires some of the biggest women in music right now, and her official Facebook page shows it: she's got covers of Demi Lovato and Meghan Trainor, among others. In one 2018 post, she pointed to Lovato as a particular inspiration, captioning her cover video: "@ddlovato i love and admire you as an artist and songwriter so much! The vulnerability and honesty you put into your music is amazing...I aspire to write a song like 'Sober'. A little openness: When I first heard this song and the first time I played it I cried because the pain in this song is so real. And whether you know me and my story or not recovery can be a process and self love is a journey. I want to let everyone know I am ALWAYS here to talk. (Also I know a lot of people say that but I mean it, even if I don't know you, kind of know you, etc). We have to spread the love and support...everyone needs it and is DESERVING." Lovato isn't Jamie's only hero, though: she dressed up as Kacey Musgraves for Halloween in 2019!

Listen to Your Heart isn't just about the music, though — it's also about the love. So what do we know about Jamie in that regard? Her ABC bio proves that she's definitely been putting herself out there — to the tune of 100 dates in the past year! — but just hasn't found her match yet. "Even after going on 100 dates this year, she still hasn't found someone who can make her heart sing. She has dated a lot of off-key men, but this time, she's hoping to hit the right note." We'll get to follow her journey in music and love over the six-episode Listen to Your Heart event, and we hope she finds what she's after!

The BachelorTVListen To Your Heart