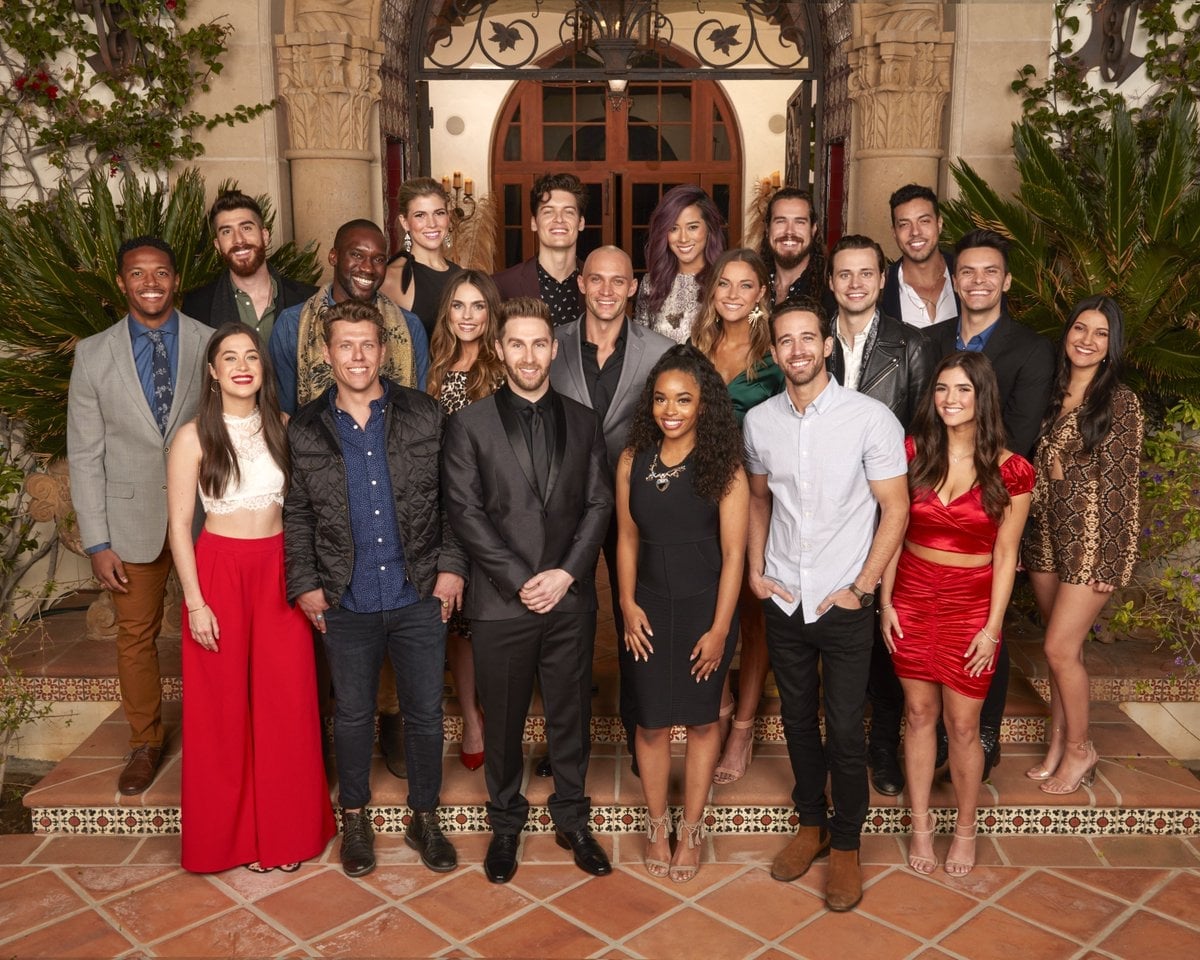 Production of The Bachelorette season 16 may be on hold, but have no fear, reality-TV-lovers. A new Bachelor spinoff is debuting April 13 on ABC, and it's a lot like Bachelor in Paradise, except there's no paradise . . . and no Bachelor alums . . . and a lot of singing. Confused? Allow us to explain. In The Bachelor: Listen to Your Heart, single men and women (all of whom are musicians or people who work in music) will live together and go on music-themed dates with each other. As ABC Entertainment President Karey Burke said, "Think The Bachelor in Paradise meets A Star Is Born."

Through the music-themed dates, participants will attempt to find someone they connect with, and that person will become their new duet partner (though in the beginning, contestants will be allowed to partner-swap). Like Bachelor in Paradise, the couples are formed through "traditional" rose ceremonies, with "women giving roses to the men, and then some men going home, and the men giving roses and some of the women go home." As Bachelor host Chris Harrison explained during an interview with Parade, "The relationships will come first on Listen to Your Heart, and the music will come second, which means it is not like any of the current competition shows on the air." ABC has already revealed its cast of 23 contestants so . . . it's clear that some people aren't going to find their duet partner for life.

Related:
10 Bachelor Couples Who Broke Up Before the Final Rose Even Wilted

Once the duet pairs are created, the new couple will be tested through musical challenges, such as live performances in front of some of the biggest names in music. And of course, as the season goes on, the audiences and the venues keep getting bigger. Each episode, the show will eliminate couples who seem to have the least amount of chemistry on stage until just one pair remains. However, unlike BIP, proposals aren't the end goal in this series. "The goal of this is [for] a couple to find true love, but then also have this amazing duet that will earn this prize package that we put together," Harrison explained. Predictably, he was coy about the details of that prize package.

Harrison also revealed that the series will first take place in an LA ranch before moving on to other locations. "The first kind of big performance is actually at a venue in downtown Los Angeles, then we move over to Las Vegas, and the grand finale is in Nashville," he said. Several Bachelor Nation couples will guest-judge, including JoJo Fletcher and Jordan Rogers, Rachel Lindsay and Bryan Abasolo, Arie and Lauren Luyendyk Jr., and Kaitlyn Bristowe and Jason Tartick. Celebrity guest judges will include Jason Mraz, Kesha, Toni Braxton, Andy Grammer, Pat Monahan, Ashlee Simpson-Ross, Evan Ross, Rita Wilson, Jewel, and Taye Diggs.

We don't know whether the series will end with a record contract, an engagement, or nearly as much drama as season 24 of The Bachelor, but we'll definitely be tuning in to find out!