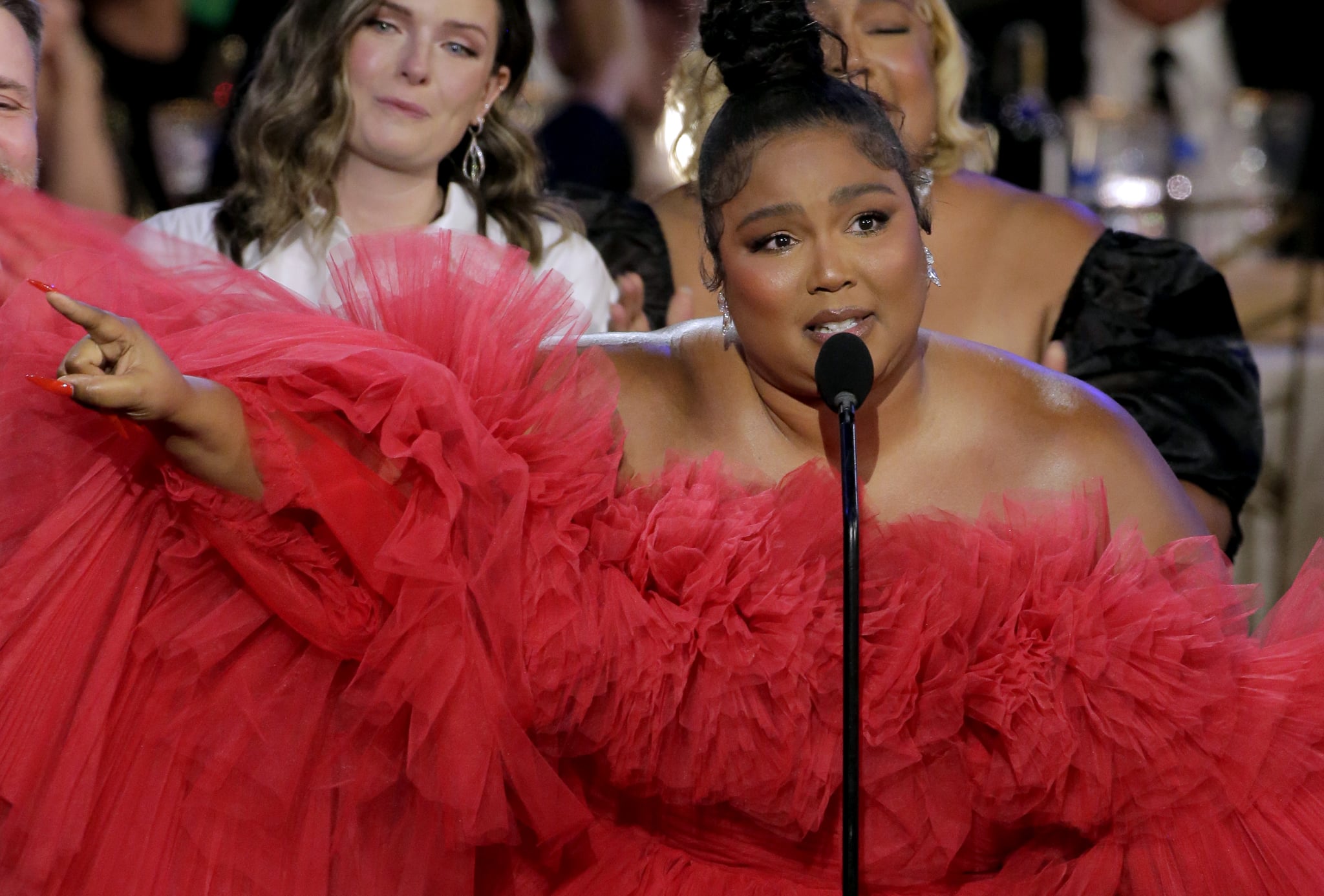 "When I was a little girl, all I wanted to see was me in the media. Someone fat like me, Black like me, beautiful like me," an emotional Lizzo began her acceptance speech. "If I can go back and tell little Lizzo something, I'd be like, 'You going to see that person, but b*tch, it's gonna have to be you.'"

She continued, "One year ago, these women were filming this television show that would change their lives forever. They're Emmy-award-winning superstars who are going on a world tour."

Lizzo is officially halfway to EGOT status. In addition to her three Emmys, Lizzo is also a three-time Grammy winner. In 2020, her album "Cuz I Love You (Deluxe)" won best urban contemporary album; she took home the best pop solo performance for "Truth Hurts"; and "Jerome" snagged the award for best traditional R&B performance.