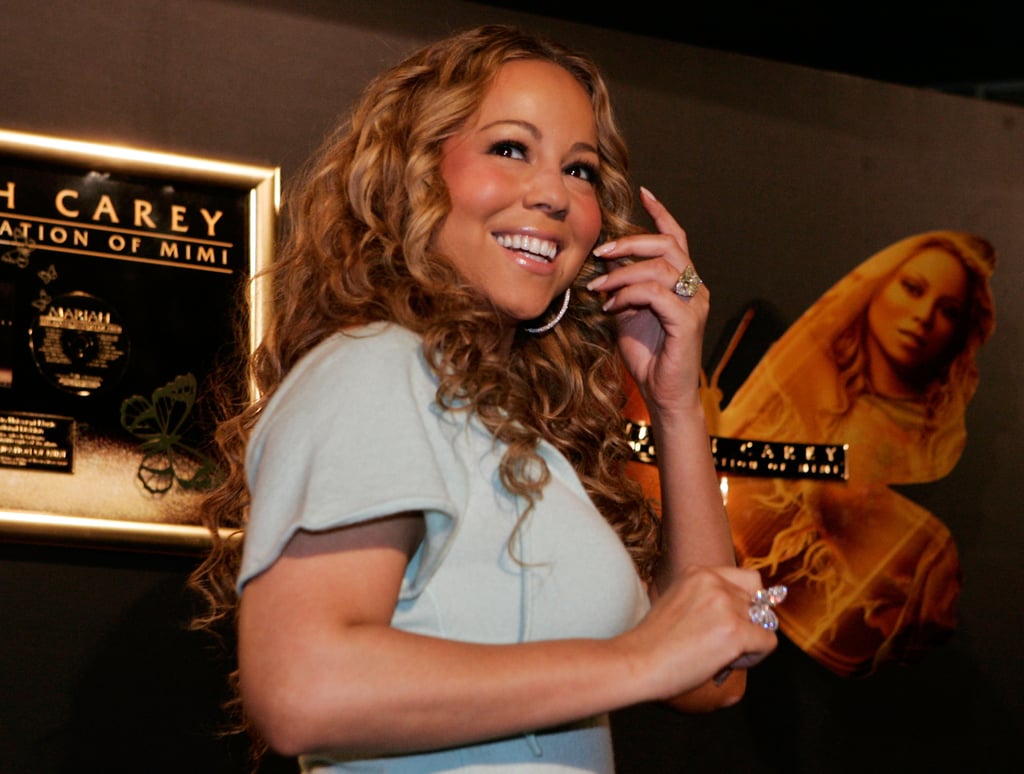 2020 Is Terrible, So Watch Mariah Carey Sing '00s Hits For The Emancipation of Mimi's Anniversary

Even though 2020 has only been around a few short months and has been kind of a mess, celebs have been doing their part to find the silver lining and keep their fans as lighthearted as possible. In the vein of celebrating the good times, Mariah Carey took to Twitter to commemorate the 15th anniversary of her history-making album The Emancipation of Mimi. The album was released on April 12, 2005, and — though we wouldn't utter the word comeback since a legend never fades — went on to redefine Carey's career, becoming the bestselling album of that year, earning Carey 10 Grammy nominations, and marking her first No. 1 on the Billboard 200 since 1997's Butterfly. And if you haven't heard at least three of its singles, you should stop whatever you're doing and listen to the entire album on repeat right now.

On Easter Sunday, the songstress asked her fans to vote for their favorite single from her iconic 10th album and proceeded to post clips of her singing some of its classic hits. You have never enjoyed "Stay the Night" until you've watched Carey hit those high notes from her kitchen while dressed in a silky blue robe. We can't help but stan a social-distancing legend who makes a laid-back, at-home concert look so glamorous. Carey also took a request from Pose cocreator Steven Canals, who chose the ultrapopular jam "We Belong Together" as his favorite (as did a majority of her fans). "Just for laughs," Carey captioned the video, which featured her working some whistle notes into the song's melody.

The singer capped off the surprise concert with a brief rendition of "Fly Like a Bird," citing how appropriate the song choice was for Easter. "Mimi's closing track, 'Fly Like a Bird,' couldn't be more appropriate for this Easter Sunday. Happy Easter, everyone!" she wrote, including a snippet of the song's lyrics. Watch Carey's performances ahead!

Zayn Malik
Zayn Malik Reminisces by Singing a One Direction Song — but What Does It Mean?
by Izzie Deibe 14 hours ago