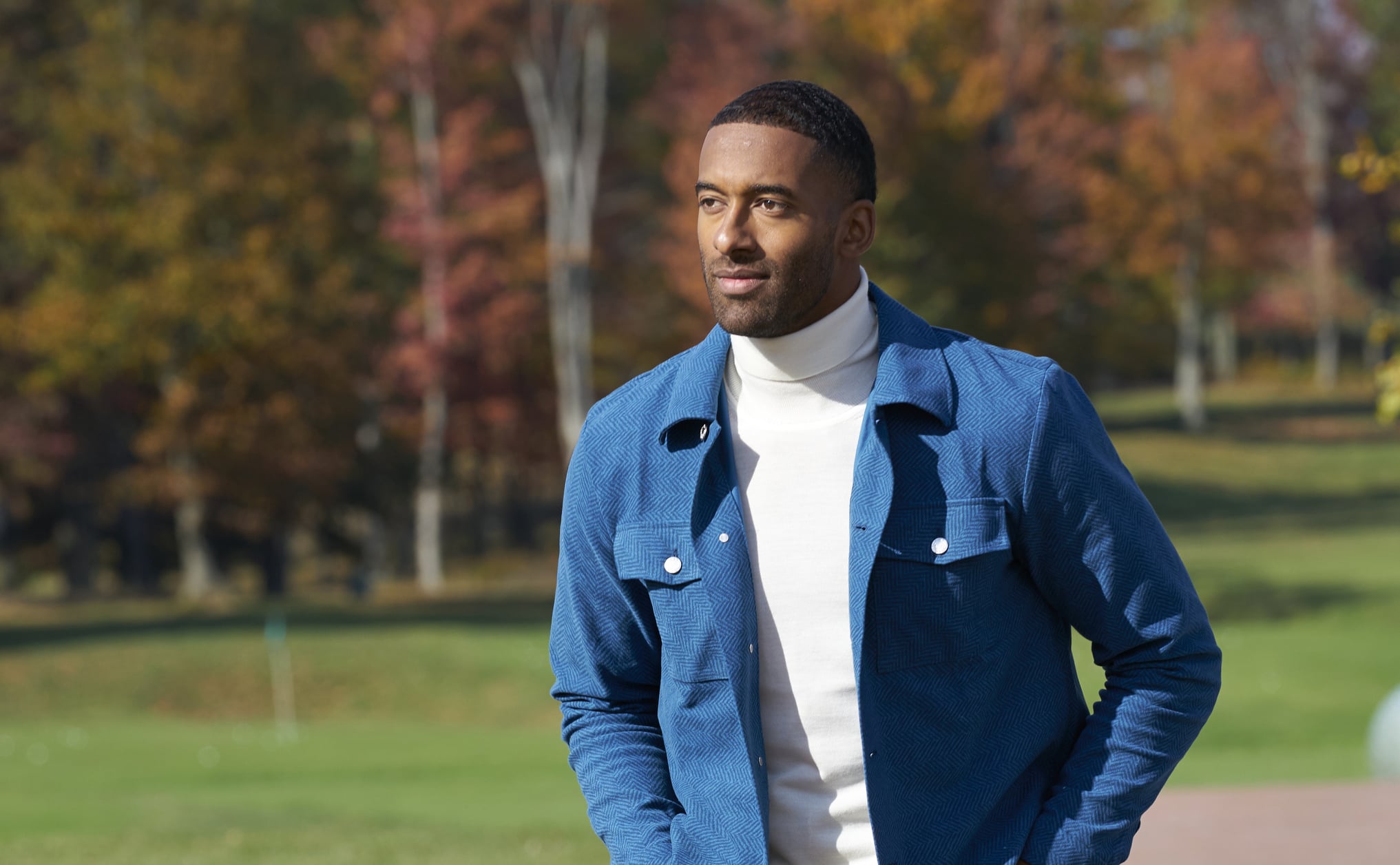 Matt James is speaking out following Chris Harrison's racism controversy and subsequent break from The Bachelor. In case you missed it, Bachelor Nation has been in an uproar the past few weeks following host Harrison's disappointing racist remarks during an Extra interview with former Bachelorette Rachel Lindsay. While discussing Rachael Kirkconnell's controversial past, including resurfaced photos of the contestant at a racist Old South antebellum-themed party, Harrison repeatedly spoke over a very gracious Lindsay and defended Kirkconnell's actions. After the conversation, reactions from franchise alums as well as the women of season 25 denounced Harrison's statements, and now, James is addressing the controversy.

"As Black people and allies immediately knew and understood, it was a clear reflection of a much larger issue that The Bachelor franchise has fallen short on addressing adequately for years."

On Feb. 22, the Bachelor took to Twitter and Instagram to release a lengthy statement condemning Harrison's troubling comments, admitting they've been "devastating and heartbreaking" to hear. "Chris's failure to receive and understand the emotional labor that my friend Rachel Lindsay was taking on by graciously and patiently explaining the racist history of the Antebellum South, a painful history that every American should understand immediately, was troubling and painful to watch," he wrote. "As Black people and allies immediately knew and understood, it was a clear reflection of a much larger issue that The Bachelor franchise has fallen short on addressing adequately for years."

James went on to reflect on how the controversy has ignited necessary conversations about representation in Bachelor Nation. He continued, "This moment has sparked critical conversations and reporting, raised important questions, and resulted in inspiring displays of solidarity from The Bachelor nation. It has also pushed me to reevaluate and process what my experience on The Bachelor represents, not just for me, but for all of the contestants of color, especially the Black contestants of this season and seasons past, and for you, the viewers at home."

Related:
Matt James Is Biracial, and His Title as the First Black Bachelor Highlights How Complex Racial Identity Is

He ended his statement assuring fans that they will hear more from him as he continues to process the experience. "My greatest prayer is that this is an inflection point that results in real and institutional change for the better," he wrote. Read James's statement in full ahead.