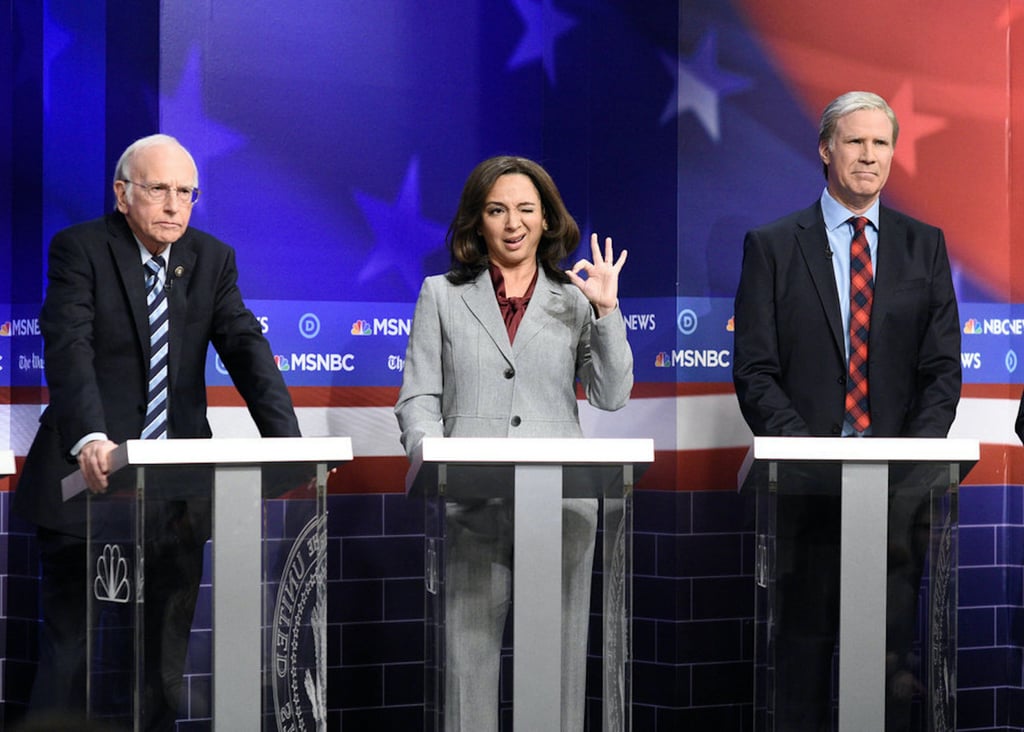 There are a lot of reasons to be buzzing about Sen. Kamala Harris's nomination as Joe Biden's vice president, and one of those reasons is how much material it's giving Maya Rudolph for Saturday Night Live skits. It may seem weird to be excited about political sketches, but it's 2020, so we're going to appreciate our joy in whatever form it comes in!

Rudolph portrayed the California politician three times on SNL last year and her run earned her an Emmy win, so obviously each appearance was more memorable than the last. Even Harris couldn't help but appreciate Rudolph's spot-on portrayal, responding to a skit by tweeting: "That girl being played by @MayaRudolph on @nbcsnl? That girl was me." Now that Harris is officially Joe Biden's pick for vice president and SNL has returned for their 46th season, we'll be keeping you updated on Rudolph's greatest skits portraying the vice presidental nominee!