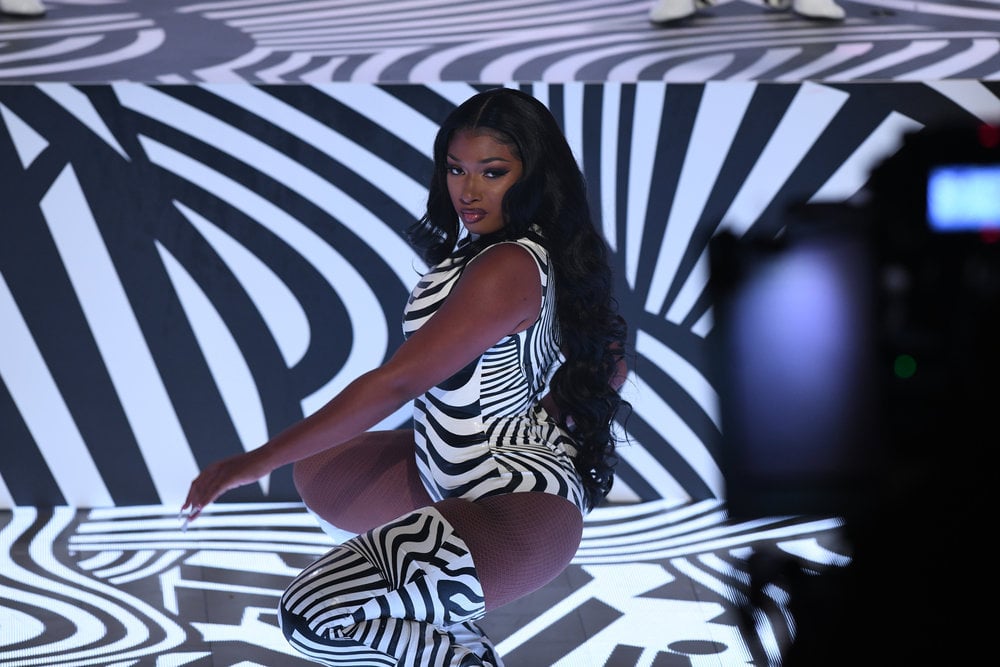 Megan Thee Stallion made her debut as Saturday Night Live's featured musical guest on Oct. 3 alongside host Chris Rock. The 25-year-old rapper — who previously made an appearance on the show when Chance the Rapper performed last year — helped kick off season 46 by performing "Savage Remix" and debuting her latest single, "Don't Stop," featuring Young Thug.

Megan used her performance to advocate for the protection of Black women and deliver a powerful message to Kentucky Attorney General Daniel Cameron concerning his handling of Louisville police's killing of Breonna Taylor. A grand jury elected not to charge any of the officers involved with the shooting death. "We need to protect our Black women and love our Black women, 'cause at the end of the day, we need our Black women," she said in her impassioned speech. "We need to protect our Black men and stand up for our Black men, because at the end of the day, we're tired of seeing hashtags about Black men!" Watch Megan's performances ahead.