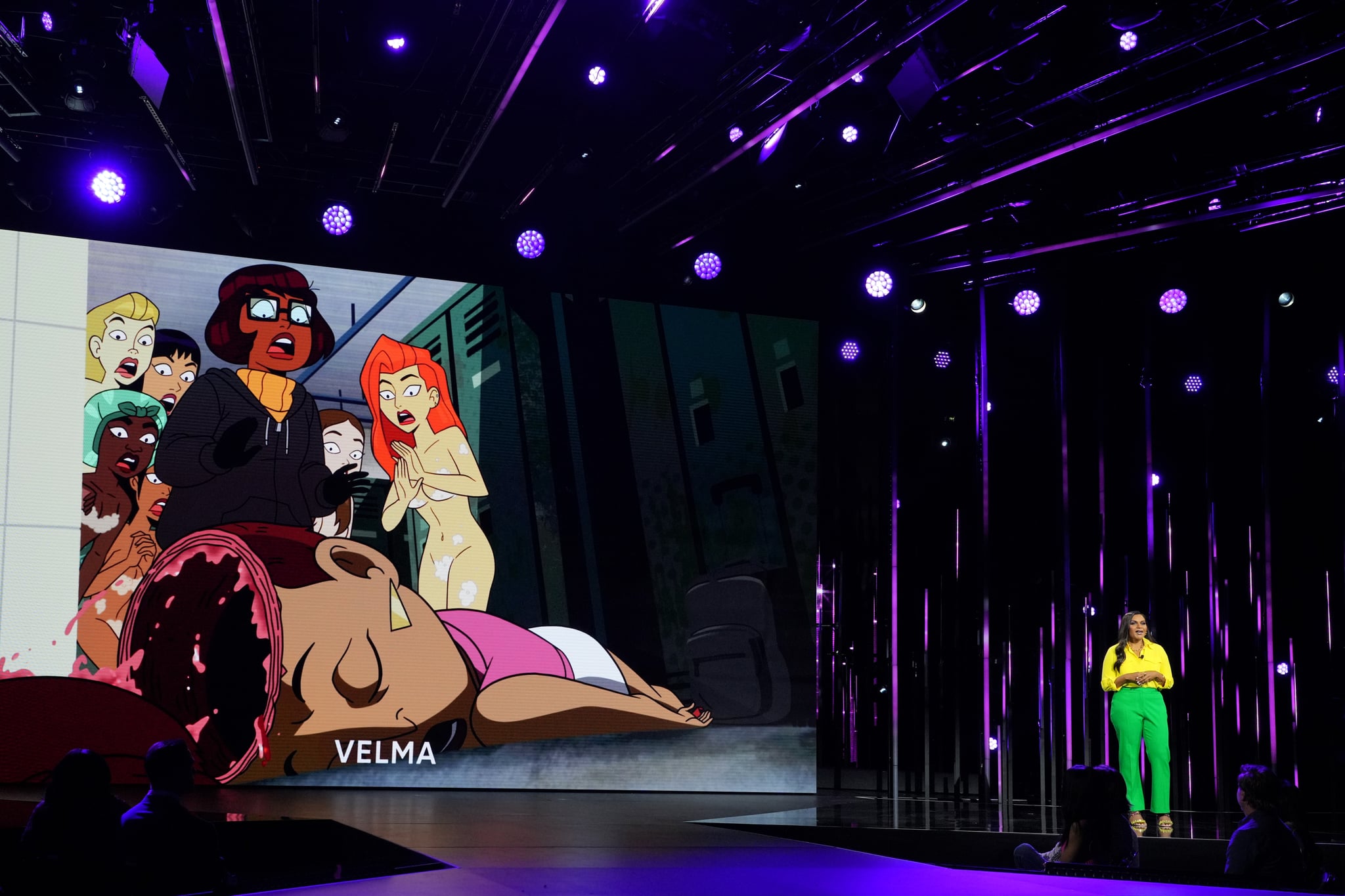 Mindy Kaling is breaking into the world of animation with a new series featuring Velma Dinkley of the iconic Scooby-Doo Mystery Gang as the main character. "Velma" is executive produced by Mindy Kaling, who will also be the voice of the lead. The animated series for adults will premiere on HBO Max later this year.

The show's premise is similar to the original "Scooby-Doo Where Are You!" series that premiered over 50 years ago, except this series will hone in on Velma as the primary crime fighter and detective — this time, with R-rated gore and adult innuendos. We can also expect cameos from other members of the original Mystery Gang, like Daphne and Shaggy. Kaling shared a still from an episode at a Warner Bros. event on May 18, and based on the preview, which features a gruesome murder scene in a women's locker room, it's clear the show is not safe for kids.

"Velma" wants to portray a more dynamic character than the shy, bookish version we've seen in other iterations. This is one of the many reasons Kaling chose to make this show's version of Velma South Asian. "If people freak out about that, I don't care," she told the audience at the Warner Bros. presentation.

After facing backlash on Twitter for choosing to portray Velma as South Asian, Kaling continues to stand confidently in her decision to instill a bit of her own culture into the character. When the Emmy-nominated actress and writer appeared on "Late Night With Seth Meyers" in July 2021, she said the backlash made her realize, "We need to be really careful with this character, which we will, and she's going to have so many great adventures."

"Velma"'s release date has not been announced yet, but we can expect to hear more details soon.