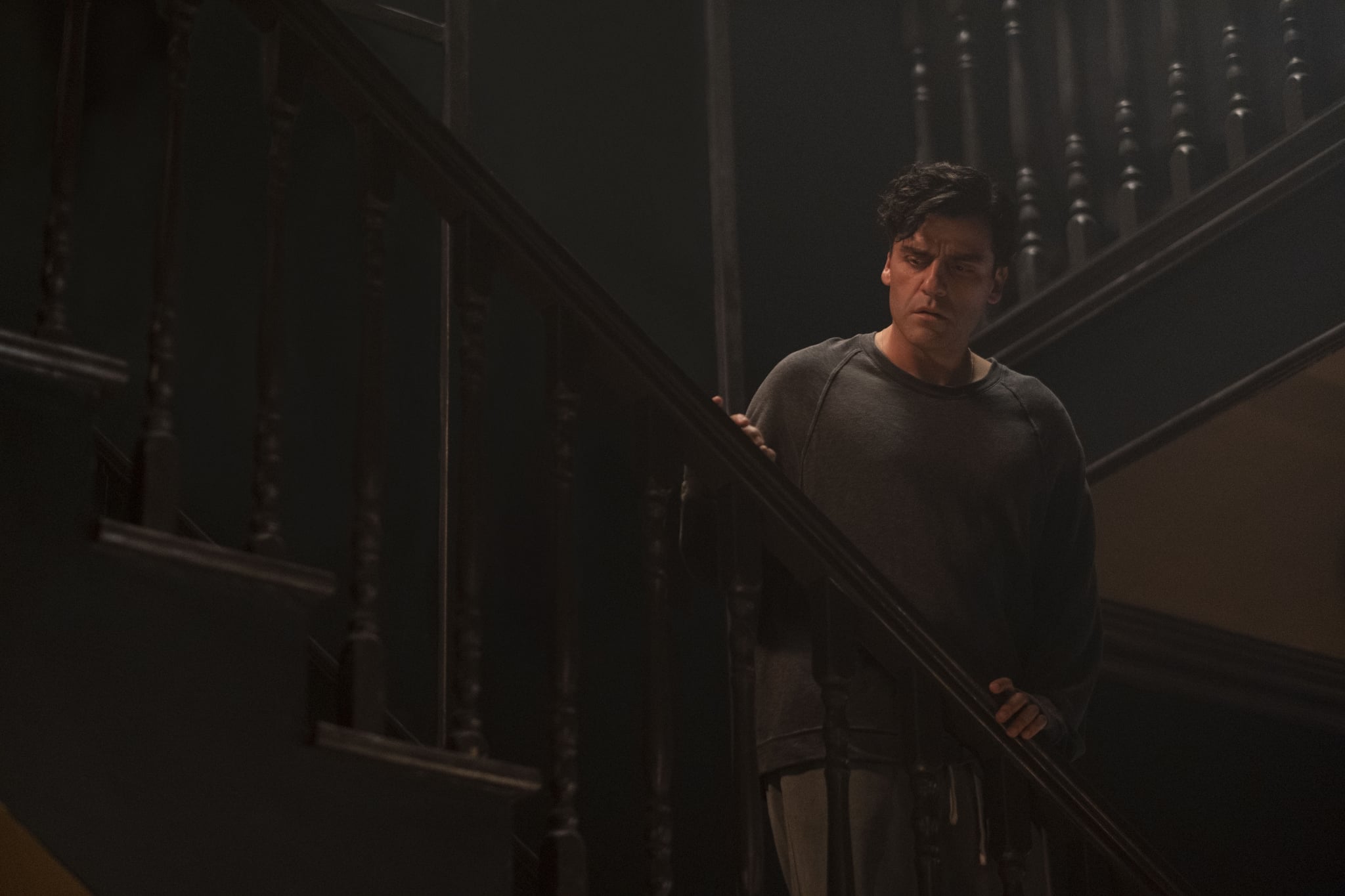 "Moon Knight," Disney+'s latest Marvel series, left one big reveal for the very end of its sixth and final episode. A credits scene revealed what many fans had suspected during the show's run: that Moon Knight's dissociative identity disorder gave him another personality that Marc Spector and Steven Grant didn't know about.

During the credits, the show cuts to a scene of Arthur Harrow (Ethan Hawke) in a mental hospital, much like the one that Marc (Oscar Isaac) finds himself in during episodes four and five. A mysterious man speaking Spanish appears and wheels Harrow away. He whistles a song as they exit the hospital, and Harrow notices dead bodies around them.

The man takes Harrow outside Sienkiewicz Psychiatric Hospital (named for "Moon Knight" comics artist Bill Sienkiewicz) and puts him in a white limousine. Also in the back of the limo? The Egyptian god Khonshu (F. Murray Abraham), who freed Marc and Steven from his service at the end of the episode.

Harrow is smug at first, because he believes, without Marc and Steven, Khonshu can't hurt him. But Khonshu corrects him.

"You wanna know something?" he asks. "Marc Spector truly believed that after he and I parted ways, I wanted his wife to be my avatar. Why would I ever need anybody else when he has no idea how troubled he truly is?" Khonshu taps on the window behind him, and the man rolls it down.

"Today is your day to lose," Jake says in Spanish, and he shoots Harrow multiple times before driving off.

Earlier episodes of the series heavily foreshadowed the appearance of another personality. Multiple times, Marc and Steven would both black out, and when one of them came to, they would find a lot of bodies and wouldn't remember doing any attacking. In episode four, when Marc and Steven are in the mental hospital, they pass a second sarcophagus like the one Steven came out of, shaking with life. They don't open it up, but it was Jake who was inside.

Series cinematographer Gregory Middleton and episode four director Aaron Moorhead told Marvel that they also tried to visually foreshadow Jake's arrival by using reflections. When Steven or Marc uses a reflection to talk to himself, there's also usually a third, smaller reflection that viewers might not have noticed the first time around.

Jake does appear as one of Moon Knight's personalities in the comics and is a cab driver who has many contacts on the streets who can get him information. In the MCU, it seems Jake is actually the character's most ruthless personality, more deadly than even Marc, the former mercenary.

What Jake's appearance means for the future of Moon Knight — and the MCU — is anyone's guess. Disney has said "Moon Knight" is a limited series, but it's clear it has plans for more stories involving Marc, Steven, Jake, and Layla (May Calamawy). Could we be getting a "Moon Knight" movie? It definitely feels possible.

There's also the chance that Moon Knight will pop up in Marvel's "Blade" reboot starring Mahershala Ali. Moon Knight's story could also easily link up with Dane Whitman (Kit Harington), aka Black Knight, who was introduced in "Eternals." There's also the outside possibility that Moon Knight — already entangled with the Egyptian gods — gets into some chaos with some Norse gods, like, for instance, Loki. Fans will have to wait and see.