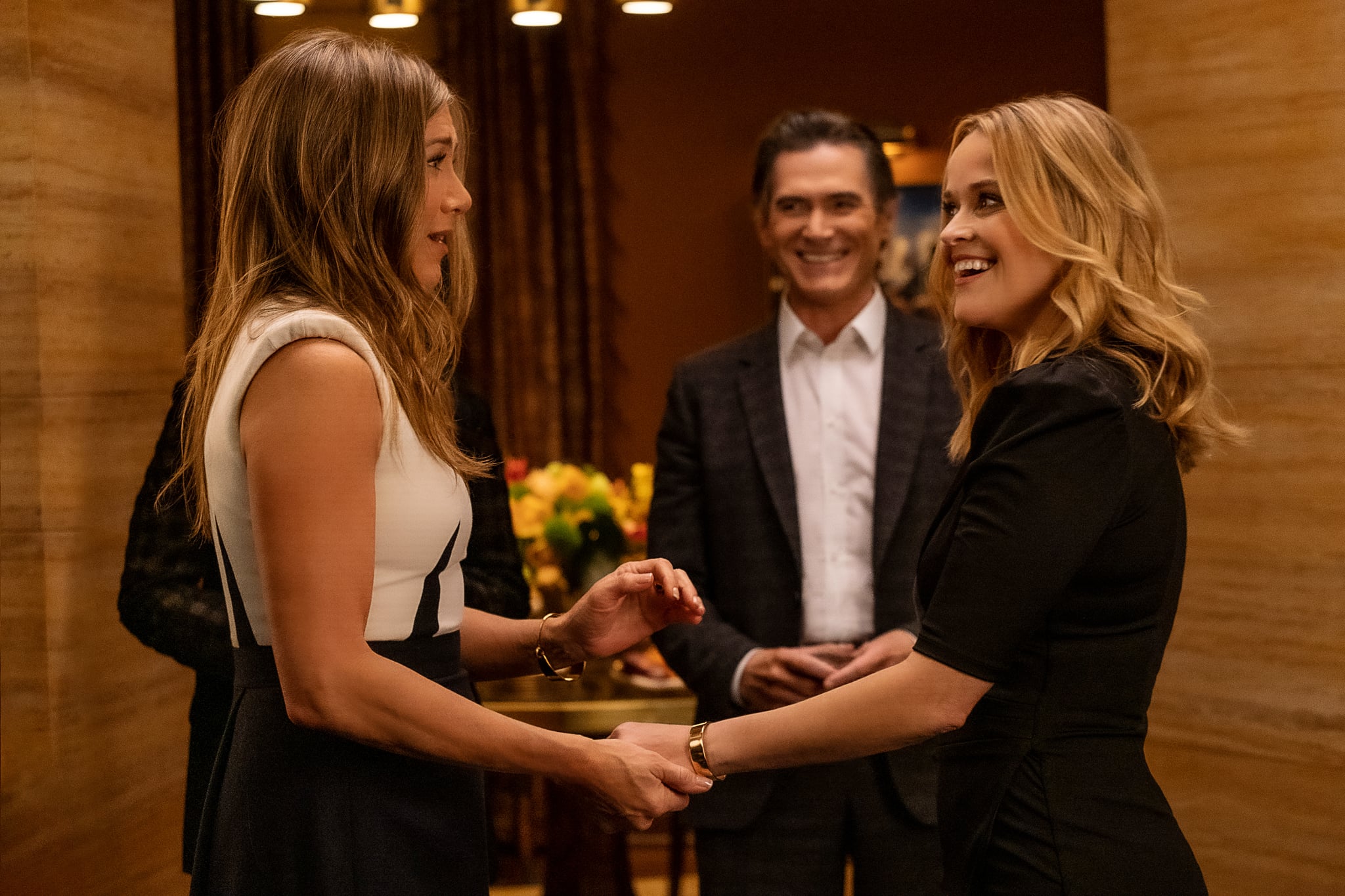 Apple TV+ is bringing one of its marquee shows back for a second season — The Morning Show will return to our screens in just a few months for its second season! The behind-the-scenes workplace dramedy about the goings-on at a cable news show promises to bring all the twists and turns in its new season, with an all-star cast that just keeps adding more big names with every new announcement. Here's everything you need to know about what to expect from The Morning Show's second season:

What Is the Plot of The Morning Show Season 2?

According to the official Apple TV+ season synopsis, the new season will pick up right after the events of season one's finale, where Alex (Jennifer Aniston) and Bradley (Reese Witherspoon) revealed the toxic culture at their network. "Season two finds 'The Morning Show' team emerging from the wreckage of Alex and Bradley's actions, to a new UBA and a world in flux, where identity is everything and the chasm between who we present as and who we really are comes into play," the synopsis teases.

At the end of season one, Alex and Bradley reveal the failings and cover-ups of their workplace live on the air during a national broadcast, including revelations about the cover-up surrounding former news anchor Mitch (Steve Carell). Season two immediately deals with the fallout, and the first trailer for the season (as seen below) reveals Alex's decision to leave UBA and Mitch's plans to tell "his side" of the breaking story.

Who Is in the Cast of The Morning Show Season 2?

Season two also will be introducing a slew of new characters to The Morning Show! Apple TV+ has announced several actors you'll definitely recognize as new or previously unseen members of the UBA team. Greta Lee will play Stella Bak, a tech wunderkind now on the UBA executive team; Hasan Minhaj plays Eric Nomani, a new member of the "Morning Show" team; Julianna Margulies joins as Laura Peterson, a UBA news anchor who interviews Alex; and Holland Taylor will play Cybil Richards, the savvy chairwoman of the UBA board.

Along with these characters, a few others are set to appear in the new season. Ruairi O'Connor joins the show as charismatic YouTube star Ty Fitzgerald, while Tara Karsian will play news producer Gayle Berman, and Valeria Golino joins the cast as Paola Lambruschini, a documentary filmmaker.

What Is the Release Date of The Morning Show Season 2?

The Morning Show will debut its second season on Friday, Sept. 17, with new episodes releasing weekly on Fridays. Like the first season, season two will consist of 10 episodes in all.

The first trailer dives into the fallout from Alex and Bradley's major move at the end of season one, showing all of our favorite characters, plus a few of the new faces joining the cast. "Do you feel that the important issues have been addressed?" asks Margulies's Laura in the trailer. We have a feeling there are a lot more issues to address in the new season — for now, check out the first trailer ahead for a few hints about what's to come!