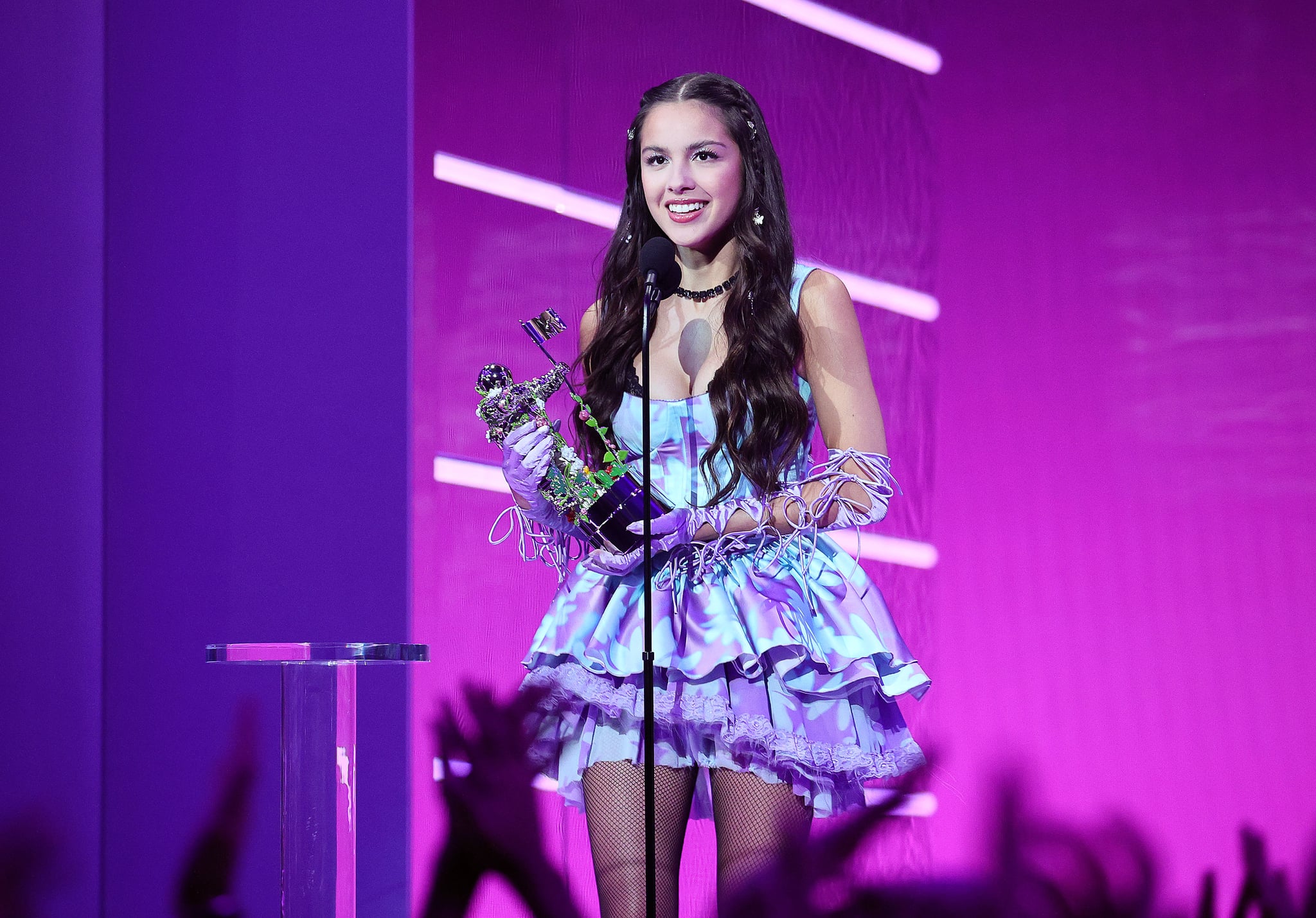 The MTV Video Music Awards took place in NYC on Sunday night, and it was a star-studded event. Artists like Lil Nas X, Kacey Musgraves, Saweetie, and more joined together at Barclays Center as they celebrated some of the biggest songs and music videos from this past year. While there were certainly some showstopping moments — including performances by Justin Bieber, Normani, and Chloe Bailey — we were excited to see which artists took home a moon person. Olivia Rodrigo kicked off the night by taking home push performance of the year on the red carpet, while BTS, Travis Scott, and host Doja Cat scored wins throughout the night. See the official list of winners ahead.

VIDEO OF THE YEAR
WINNER: "Montero (Call Me by Your Name)" by Lil Nas X
"WAP" by Cardi B ft. Megan Thee Stallion
"Popstar" by DJ Khaled ft. Drake
"Kiss Me More" by Doja Cat ft. SZA
"Bad Habits" by Ed Sheeran
"Save Your Tears" by The Weeknd

BEST ROCK
WINNER: "Last Train Home" by John Mayer
"Use My Voice" by Evanescence
"Shame Shame" by Foo Fighters
"My Own Soul's Warning" by The Killers
"The Bandit" by Kings of Leon
"Raise Vibration" by Lenny Kravitz

VIDEO FOR GOOD
WINNER: "Your Power" by Billie Eilish
"Dancing With the Devil" by Demi Lovato
"Fight For You" by H.E.R.
"Worldwide Beautiful" by Kane Brown
"Montero (Call Me by Your Name)" by Lil Nas X
"Entrepreneur" by Pharrell Williams ft. JAY-Z