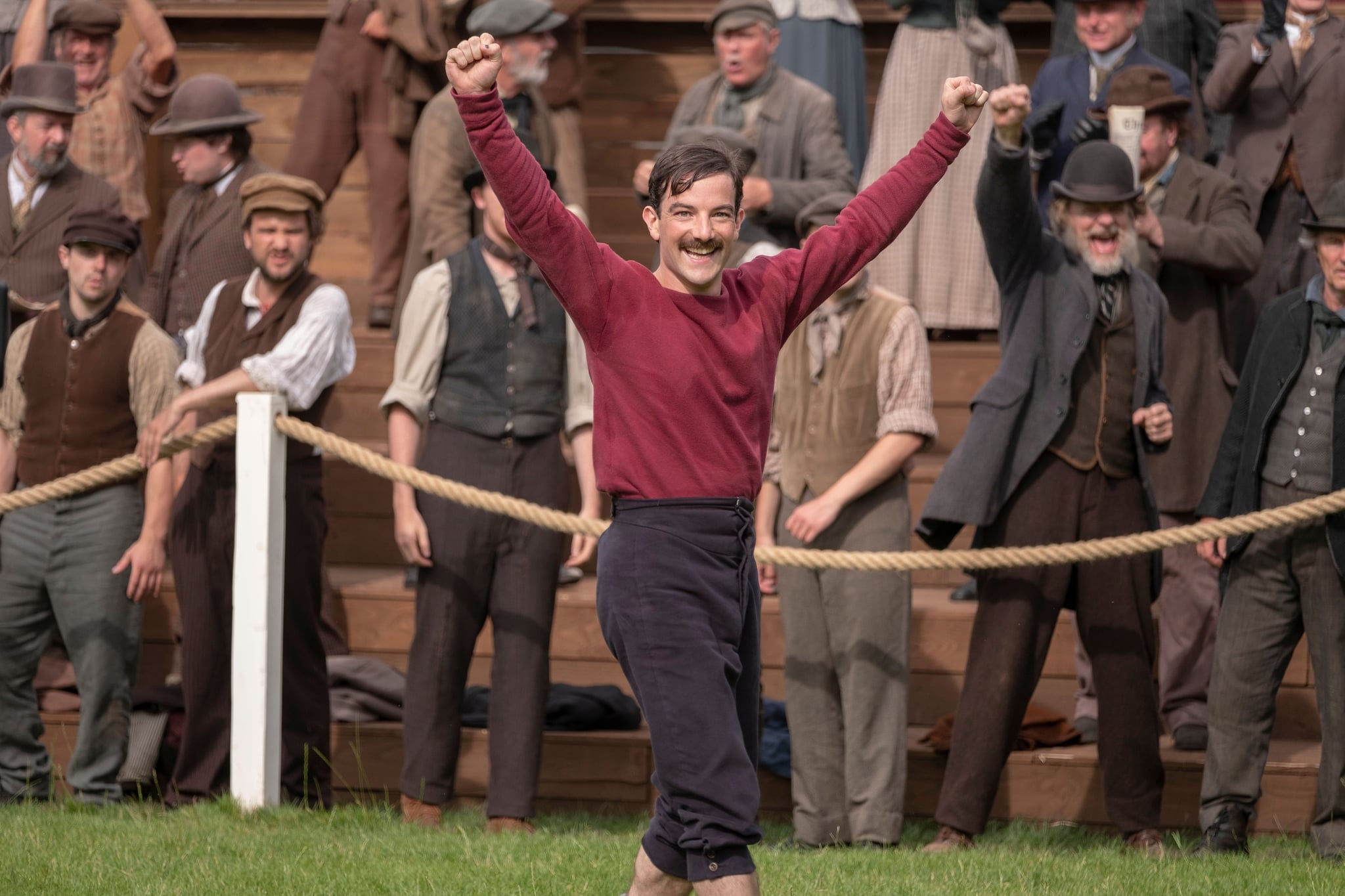 Even if you're not a Downton Abbey fan, it's hard not to enjoy Netflix's new historical sports drama, The English Game. Penned by Downton Abbey writer Julian Fellowes, this six-part miniseries tells the story of how football (or, as Americans call it, soccer) came to be the most-played sport across the world, focusing on the real-life FA Cup Final in 1883. The final was between the Eton public schoolboys and the mill workers of Blackburn, with Blackburn winning 2-1; it marked the first time a working-class factory team had bested an upper-class football team. Before you watch, here's everything you should know about the true story that inspired the series.

Related:
Good News: The Downton Abbey Movie Isn't the Last of the Crawleys

What Is the Football Association?

In 1863, 11 London-based upper-crust schools decided to establish formal rules for football and create the sport's first governing body, which became known as the Football Association. "The whole reason the Football Association was formed was so upper class people who'd learnt the game at school could play against one another under a set of agreed rules," Fellowes explained during an interview with The Telegraph in March 2020. "But, from the moment the rules were established in the 1860s, the sport increased in popularity seismically."

Though legally an amateur sport, local teams started recruiting talented working-class players with secret payments, which lead to controversy, as the upper-class teams didn't want working professionals infiltrating what they saw as their game. The FA would eventually legalize the payment of wages to players in 1885, but up until then, tension brewed between the moneyed amateurs and working-class professionals.

Who Was Arthur Kinnaird?

Arthur Kinnaird, the 11th Lord Kinnaird, was a British principal of the Football Association and is widely considered to be the first big football star in the UK. Born into an elite family, Kinnaird attended Eton College (the same boarding school that Prince William and Prince Harry would later attend), and he began his football career with the Wanderers before becoming a member of Old Etonians.

Who Was Fergus Suter?

Unlike Kinnaird, Fergus "Fergie" Suter was a Scottish stonemason born into a working-class family in Scotland (though in the Netflix series, he's portrayed as a mill worker). He is recognized as the first-ever professional football player, as Suter was the first footballer to be paid for his role. Though he started off playing for Glasgow's Partick team, he later moved to England to play for Darwen and, in 1880, Darwen's local rival team, the Blackburn Rovers. Shortly after moving to England, he quit his job as a stonemason, and it's heavily believed that he was paid to make the move to England in order to play, despite the fact that it was forbidden for teams to pay their players at the time.

What Happened During the 1883 FA Cup Final?