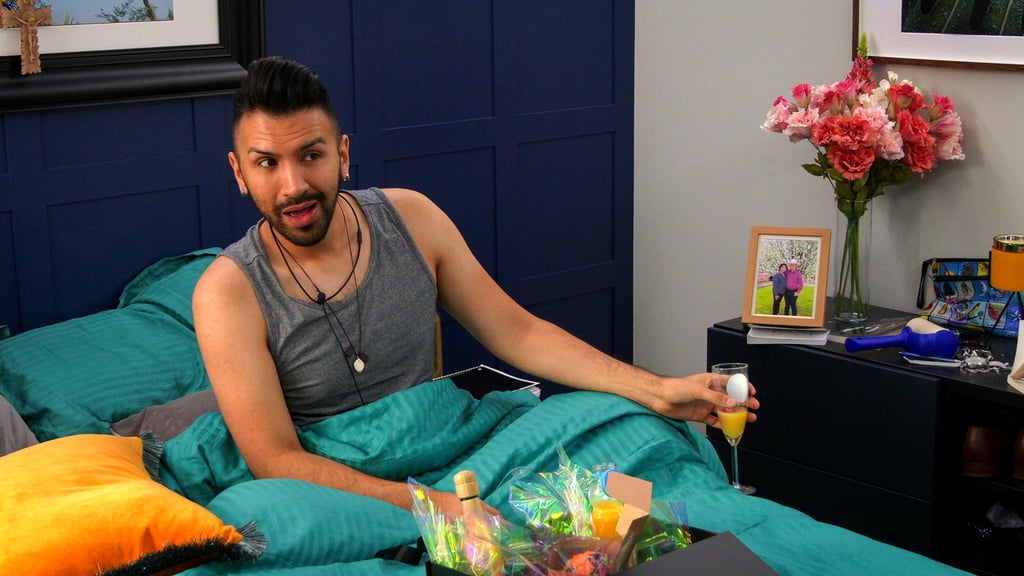 Netflix's The Circle Is Basically a Black Mirror Episode IRL, and I'm Completely Sucked In

Netflix might've undone all the hard work Black Mirror put into scaring people away from dangerous technology with its new reality show, The Circle, but frankly, fans aren't mad about it. In fact, they're practically begging for more episodes since the first season dropped on Jan. 1 (and ended two weeks later!). It's the type of show you love to hate, and hate to love — and makes for perfect end-of-week binging.

The Circle (which started in the UK) is reminiscent of Big Brother with a tech-savvy twist. Instead of interacting in person, contestants must use an Alexa-like system called "The Circle" to communicate with each other. They strategize in private message groups, compete against each other during challenges, and build profiles to put their best foot forward. The only catch? Seeing is not believing in this game. Certain participants are actually pretending to be someone they're not, and it's up to the rest of the group to identify the correct catfish.

Sounds eerie, dark, and a little too real . . . so tell me why I can't stop watching? After 12 episodes, the contestants finally chose a winner and I'm already anxiously awaiting a second season. Ahead, see a few of my favorite reactions from people on Twitter who feel similarly. (But watch out for spoilers!) A new year always means new shows to obsess over.

Related:
Obsessed With the Cast of The Circle? Here's Where You Can Follow Them on Social
Previous Next Start Slideshow
NetflixTVThe CircleTwitter Reactions