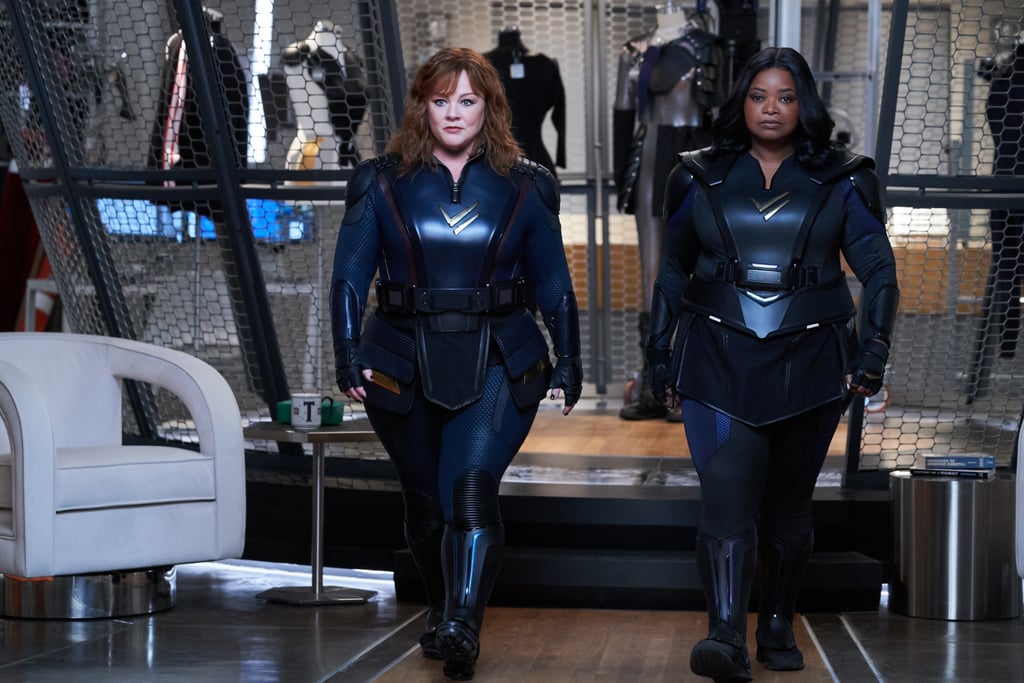 It's about to be a great month for movies, y'all. Tons of exciting new titles are set to debut on Netflix in April, including a slapstick superhero comedy starring Octavia Spencer and Melissa McCarthy, an urban Western with Idris Elba and Caleb McLaughlin, a sci-fi space thriller with a totally stacked cast (which includes Anna Kendrick, Toni Collette, and Daniel Dae Kim), and a haunting thriller starring Amanda Seyfriend, among others. With films from Indonesia, the Netherlands, France, Spain, Turkey, South Korea, China, Taiwan, Japan, India, Germany, Mexico, and the US, here are all the movies you can look forward to watching this month.

Related:
Spring Into April With Over 65 New Movies and Shows Streaming on Netflix
Previous Next Start Slideshow
TVMoviesStreamingNetflix Roundup

Award Season
Taraji P. Henson, Janelle Monáe, and More Stand Up For Abortion Rights at the BET Awards
by Njera Perkins 16 hours ago

by Angelica Wilson 30 minutes ago