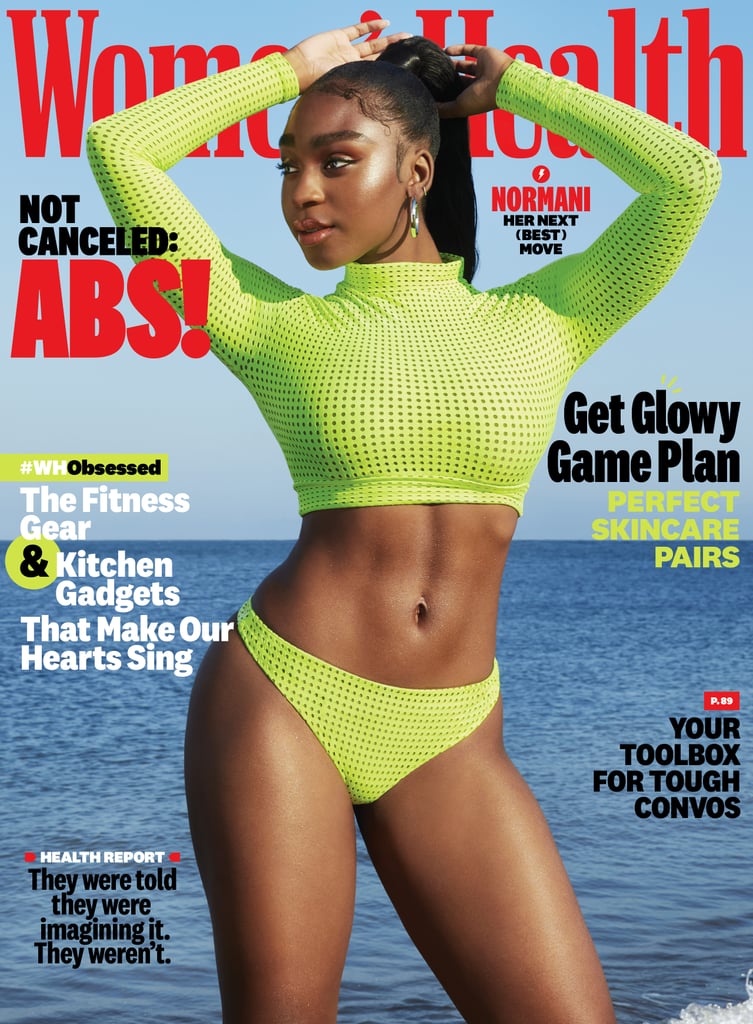 While it's easy to buy into the ultraconfident hype that celebrities seem to exude most of the time, our favorite superstars are stressing out just as much as we are. Case in point, Women's Health's December cover star, Normani, revealed that one of the main things she's been working on while staying at home is letting go of what she can't control. "Before I talk to anybody, before I look at a text, before I go on Instagram, I center myself in my room and pray and do breathing exercises and create my own space so that I have a foundation to walk on throughout the rest of the day," she explained in her cover interview. A very zen approach to stressing that many of us should probably look into.

But what could Normani possibly be stressed about? It's not as if she has the ever-looming presence of her unreleased debut album and millions of fans awaiting her official debut! The 24-year-old singer admitted that she's faced some insecurities while working on her solo career, grappling with the fear that her music wouldn't be "Black enough" or "pop enough." But she's come to realize that her music just needs to be authentically her, which is all her fans could ever want. (As well as a release date for the album, of course.) Keep reading for some of Normani's thoughts on her famous fans like Rihanna and Beyoncé, her time with Fifth Harmony, and what the future holds for her!