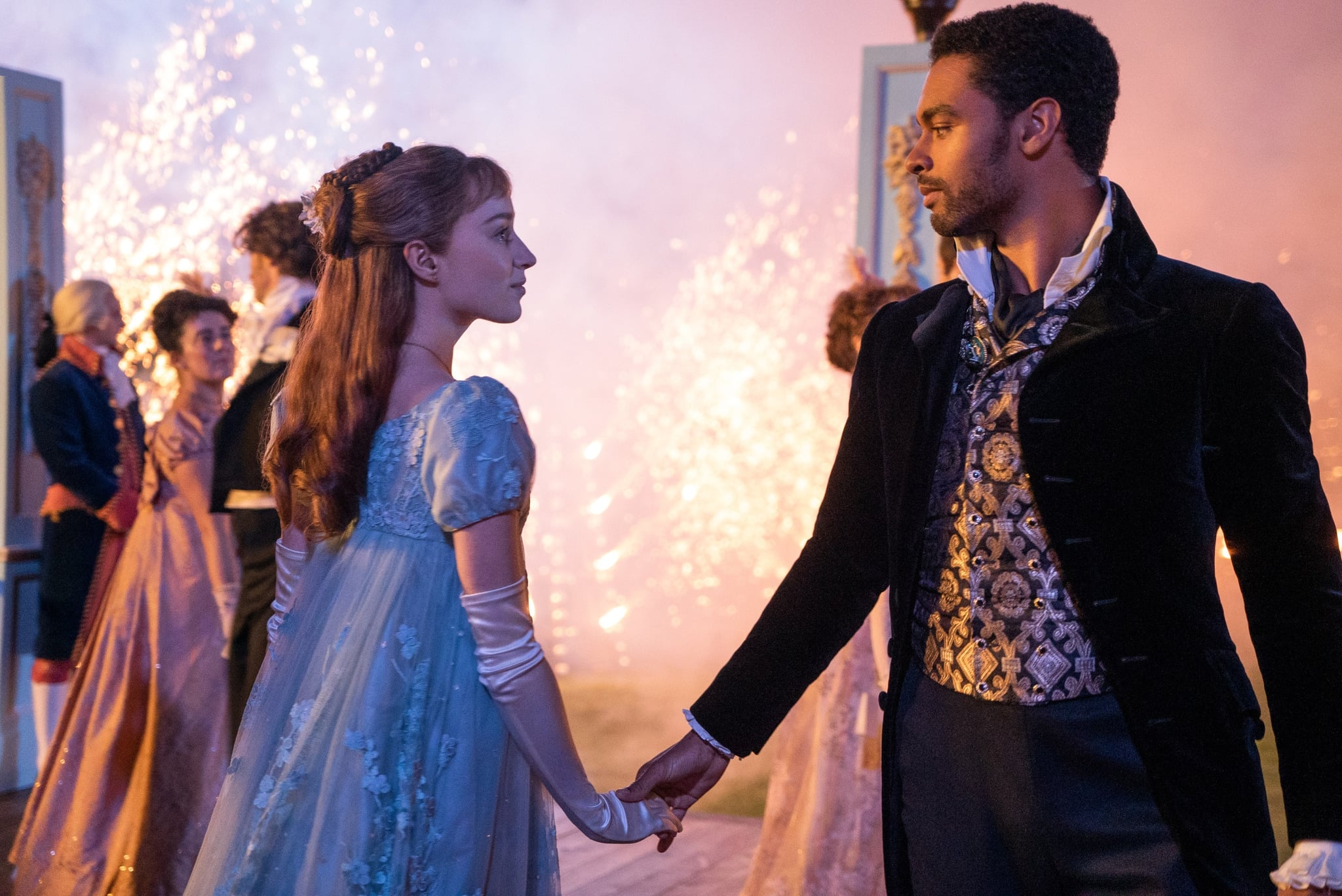 Phoebe Dynevor, aka Daphne Bridgerton, appeared on The Tonight Show Starring Jimmy Fallon on Tuesday to talk about how she almost gave up acting, and what to expect from Bridgerton's second season. She told Fallon that prior to filming Bridgerton, "I had been living in LA for about nine months, and I was kind of at that point where I was ready to go home, and sort of throw in the towel and see the fam for a bit. Then I got a call saying, 'Can you come in and read with Regé next week?' And I was like, 'Well that's annoying, because I've gotta move my flight.' . . . And then the next day they were like, 'Netflix will pay for your flight back to London because you've gotta be in rehearsals on Monday.'"

On the topic of her chemistry with Regé-Jean Page, Dynevor explained: "We both had dance rehearsals together, and we were both kind of nervous about the dancing part. . . . I remember we had a few rehearsals and one of them got recorded so we got to watch it back and we were like, 'Oh, eye contact really does a lot of the work.'"

The actor went on to talk about the upcoming second season of the show, which Page will not be a part of. "The special thing about Bridgerton that I think not a lot of shows really do is that every season centers around a different love story," she said. "So season two is centered around Anthony, my older brother, and his coming out into the season and finding a match, hopefully. . . . I'm really excited to watch the show as an audience and see what it has in store for him."