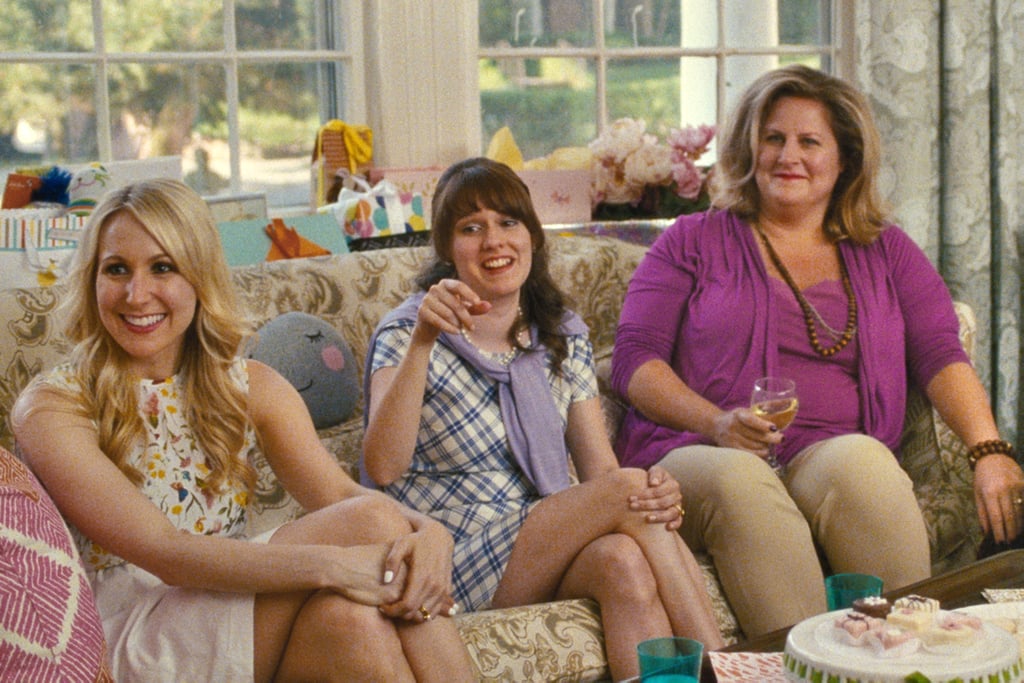 Those two girls next to Amy on the couch in the awkward party scene are Nikki Glaser and Australian stand-up comedian Claudia O'Doherty. Glaser has been on several episodes of Inside Amy Schumer, and both are recognizable names in comedy. The woman who takes the game way too far is Everett, a friend of Schumer's in real life, who has appeared on Inside Amy Schumer a few times. In case you watched the episode of The Bachelorette in which Schumer guest starred, Glaser and Everett also appeared!