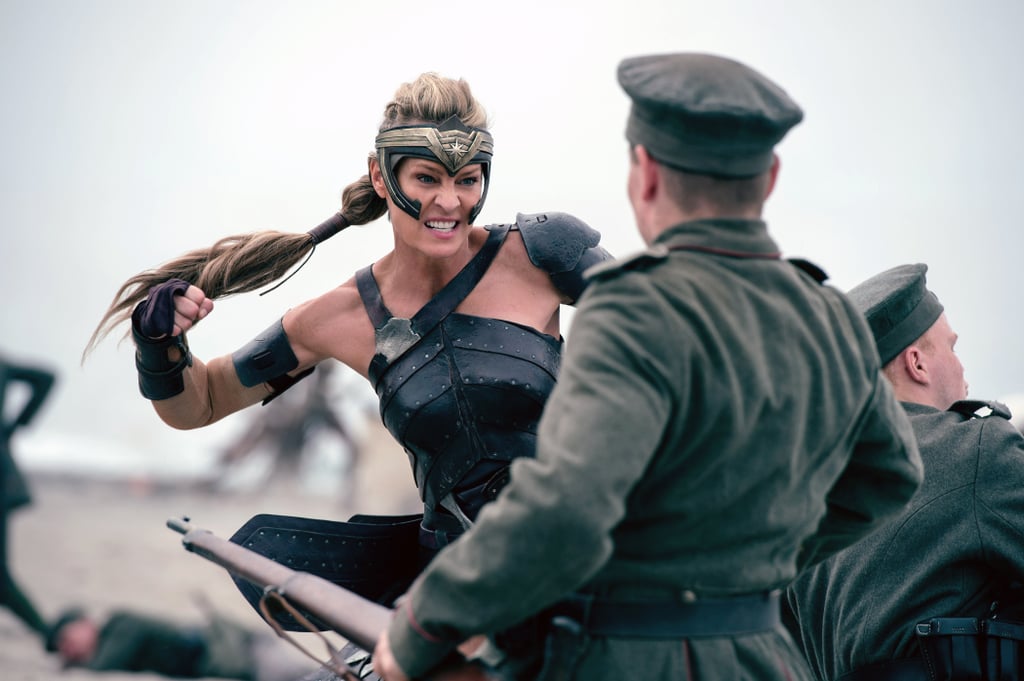 Henry Cavill, Ben Affleck, and Gal Gadot will reprise their roles as Superman, Batman, and Wonder Woman. J.K. Simmons will play Commissioner Gordon, and Amber Heard was also confirmed as the Aquaman character Mera. Jason Momoa, Ezra Miller, and Ray Fisher will round out the rest of the superheroes as Aquaman, The Flash, and Cyborg, respectively.

On top of that already strong group, Wonder Woman’s General Antiope (Robin Wright) and Hippolyta (Connie Nielsen) will also have cameos. In an interview with the L.A. Times, Nielsen revealed she and Wright will appear in a flashback of some kind, saying that they “got to do more in Justice League" together, and that “you'll get some of the history” between them. Kiersey Clemons will briefly pop up as well, as Iris West (aka Barry Allen's love interest in The Flash).

Netflix
I'm Thinking of Ending Things: If Netflix's Adaptation Follows the Book, Brace Yourself
by Ashley Broadwater 9 hours ago

Netflix
Before You Watch Netflix's Ratched, Here's a Primer on the Terrifying Title Character
by Stacey Nguyen 11 hours ago

by Angela Law 32 minutes ago