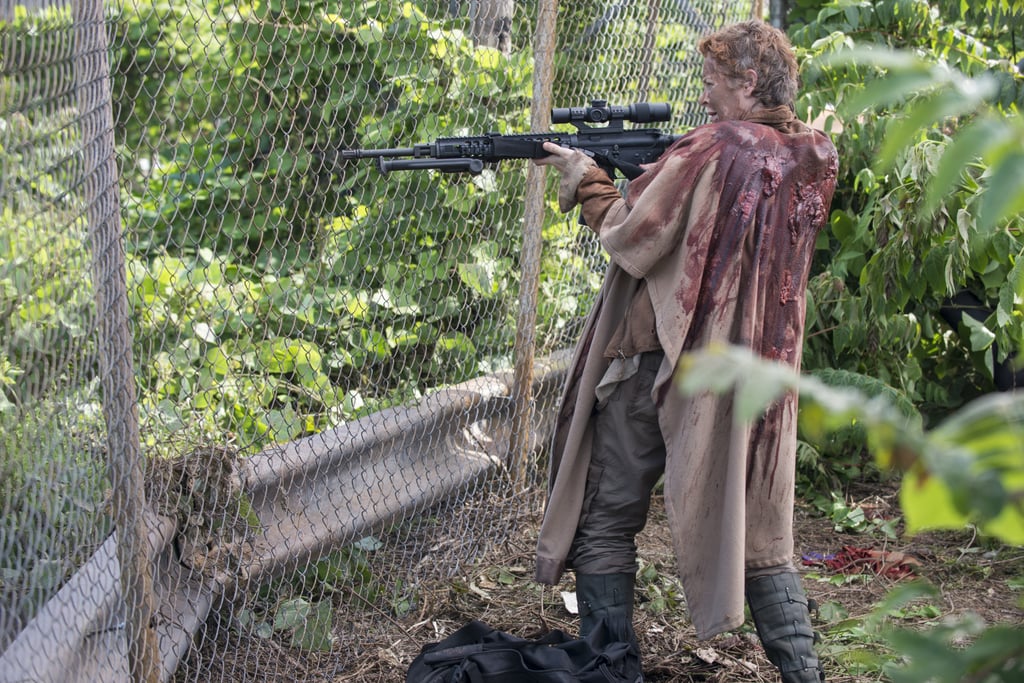 Up until now, Carol didn't waste a single second wondering if she should put someone down (burning Karen and David at the prison, killing Lizzie, etc.). In the last episode, however, she doesn't kill the member of Negan's crew who threatens them with a gun in the woods even when she could have taken a shot, and when she faces off with Paula, she urges her to run first before they fight. That killer instinct is what's kept Carol from being a member of the undead until now. If she loses it, will what's left behind be enough to keep her alive?

Netflix
How Aaron Hernandez's Twisted Story Impacted the Life of His Cousin, Tanya Singleton
by Sabienna Bowman 5 hours ago

The Bachelor
If You Thought Champagne-Gate Was Bad, Get a Load of This Week's Bachelor Drama
by Amanda Prahl 7 hours ago