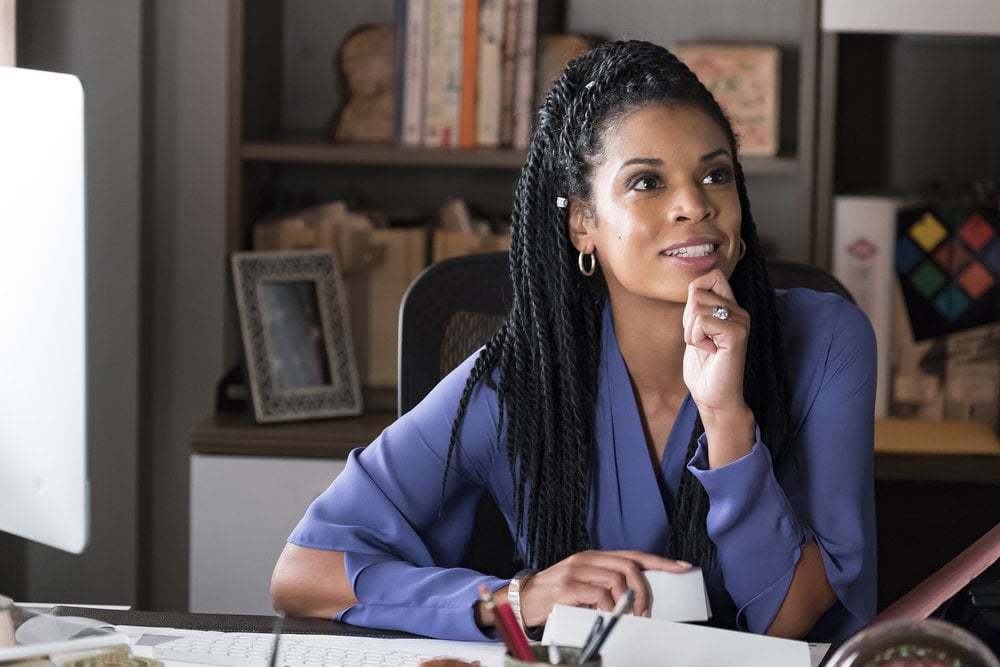 Although series creator Dan Fogelman has a way of surprising us with every plot twist and flash-forward, our initial thought was that future Randall and Tess were talking about Beth in the season two finale. Albeit she's the obvious character in this situation, which makes it all the less likely, it's our duty as This Is Us fans to cover our bases.

From the moment we saw future Randall in what appeared to be a hospital, the theories about an impending death followed. While Beth was absent from the first scenario, and we couldn't see if Randall was wearing his wedding ring or not, it's obvious the show is building up to something between the unbreakable R&B.

When first bonding with William in season one, Beth reveals that her father passed away from cancer, which could pivot into a genetic predisposition to the specific cancer her father passed away from. It's possible Randall and Tess are talking about visiting an ailing Beth in the hospital. Although if this is the case, we don't think they both "wouldn't be ready" to see her, they'd be right by her side.

It may be too obvious for Beth to be "her," but there are other scenarios that involve her that could be more imaginable. In an in-depth Reddit thread questioning who "her" is, user theshaff01 suggested the scenario that Beth finds Déjà outside of Kate's wedding with the bat and they get into a fight that could lead to an injury or a split that no one is emotionally prepared for.

Previous Next Start Slideshow
This Is UsTVTheories

Summer
In a TV Rut? These 34 New Shows Are Premiering All Throughout Summer 2021
by Amanda Prahl 19 hours ago

Grey's Anatomy
Grey's Anatomy Is Coming Back For Season 18, and So Are Meredith, Bailey, and Webber
by Grayson Gilcrease 21 hours ago