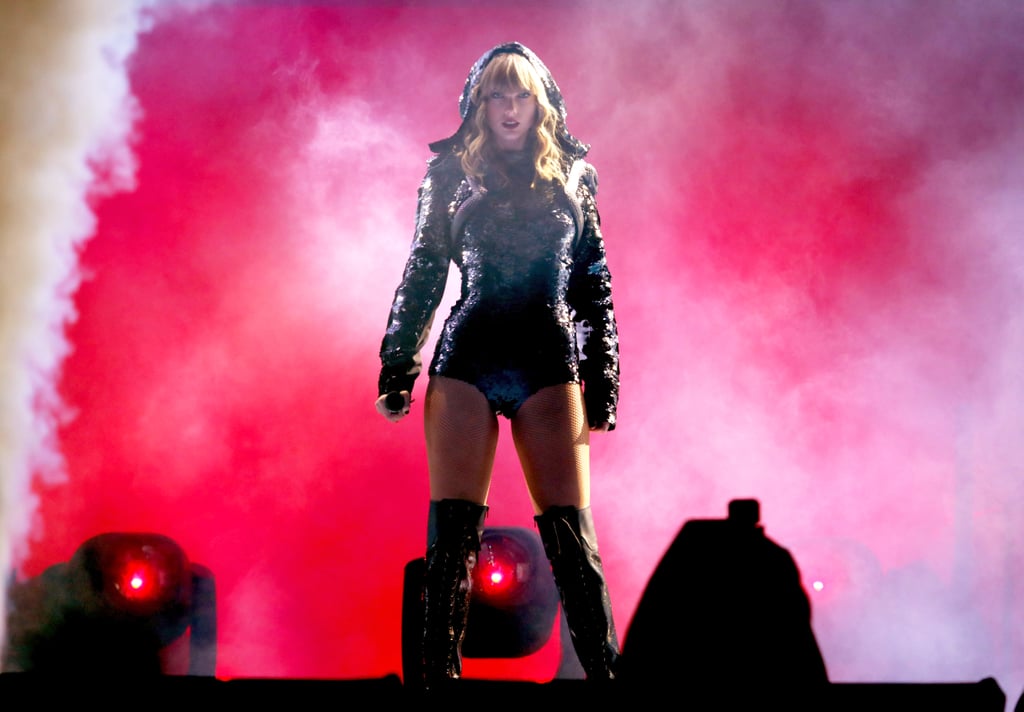 When She Showcases Her Big Reputation

It's clear that Swift is taking control of the narrative with Reputation. Before she even hits the stage, Joan Jett sets the mood as her track "Bad Reputation" blares through the speakers. Following the song, the lights dim and a video montage plays on the screen documenting Swift's rise to fame. While it starts off with cute home videos of her playing the guitar, it quickly takes a dark turn with voiceovers reciting actual headlines about Swift's "big reputation" in the media. As the voiceovers grow, the camera pans up what looks like a snake's body before revealing it's actually Swift herself. As she slowly turns around, the video cuts to black and ". . . Ready For It?" begins playing.

Music
Lola Consuelos Shares Parents Mark and Kelly Ripa's Reaction to Her New Song: "They Loved It"
by Monica Sisavat 2 hours ago