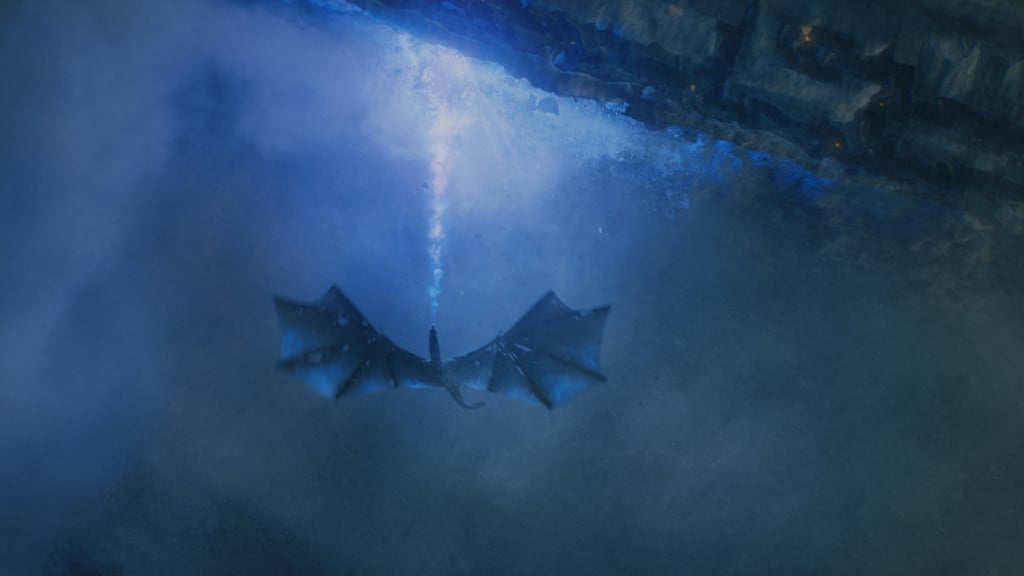 The Wall Comes Down

Finally, the finale heads to the Wall where Tormund and Beric Dondarrion stand atop the iconic structure as the White Walkers approach. Soon they see the Night King riding an undead Viserion, who proceeds to torch the Wall, causing it to crack and crumble. The two men run for their lives, as whatever magic that kept the Night King and his army from crossing into the Seven Kingdoms is shattered.

The season ends with the Night King, his dragon, and the army of the dead marching on Westeros.