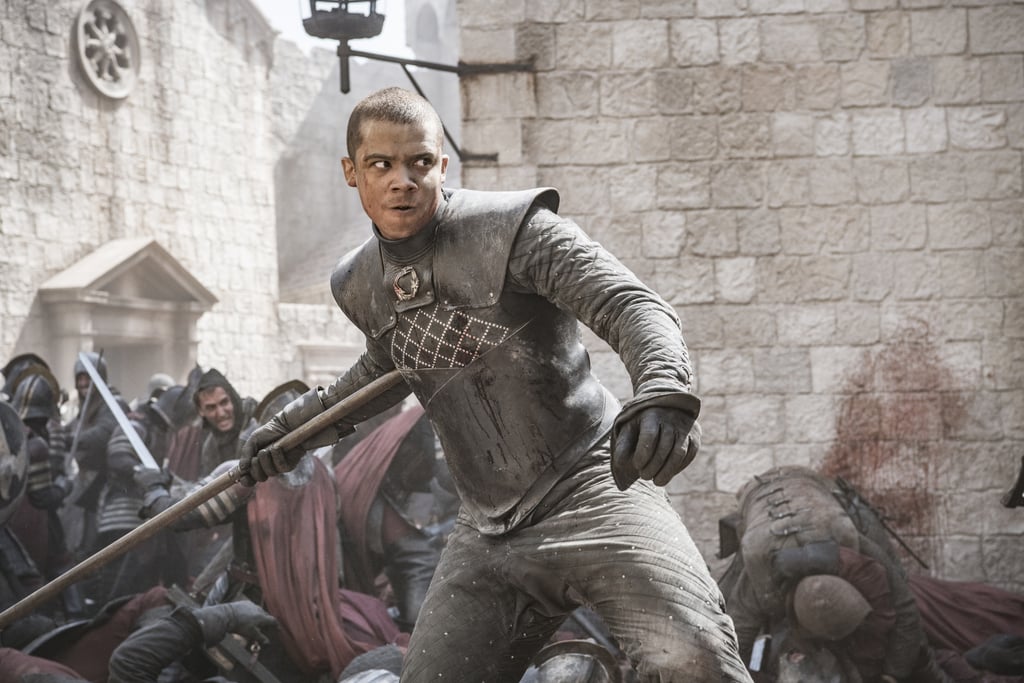 What Happens to Grey Worm?

Did we think Grey Worm would survive until the very end of the series? Hell no! We thought he was a goner in the Battle of Winterfell for sure. So, no one was more surprised than we were to see the Unsullied warrior make it to the series finale in one piece. And, for any Grey Worm stans out there, he also makes it out of the finale alive, too. As mentioned previously, Grey Worm is the one who picks up where Daenerys left off in terms of enforcing strict rule, especially since she names him her Master of War at the start of the finale. He fiercely argues for Jon's demise, but is sated by the compromise that Tyrion comes up with for the council and votes to send him to the Wall, instead.

With his queen murdered, the betrayals of Jon and Tyrion settled, and the love of his life dead and gone, Grey Worm realizes there's nothing left for him in King's Landing. After refusing to bend the knee to King Bran, he and the rest of the Unsullied and Dothraki troops board ships headed for the Isle of Naath. There he will hopefully continue Daenerys's original mission of breaking chains.

Sofía Vergara
Not Ready to Say Goodbye to the Modern Family Cast? Here's What They're Doing Next
by Amanda Prahl 5 hours ago

Gift Guide
These Schitt's Creek Gifts Are So Good, Even Alexis Rose Would Approve
by Monica Sisavat 5 hours ago

Netflix
Money Heist: Everything You Need to Know About Netflix's Hit — Except Part 4 Spoilers
by Amanda Prahl 5 hours ago