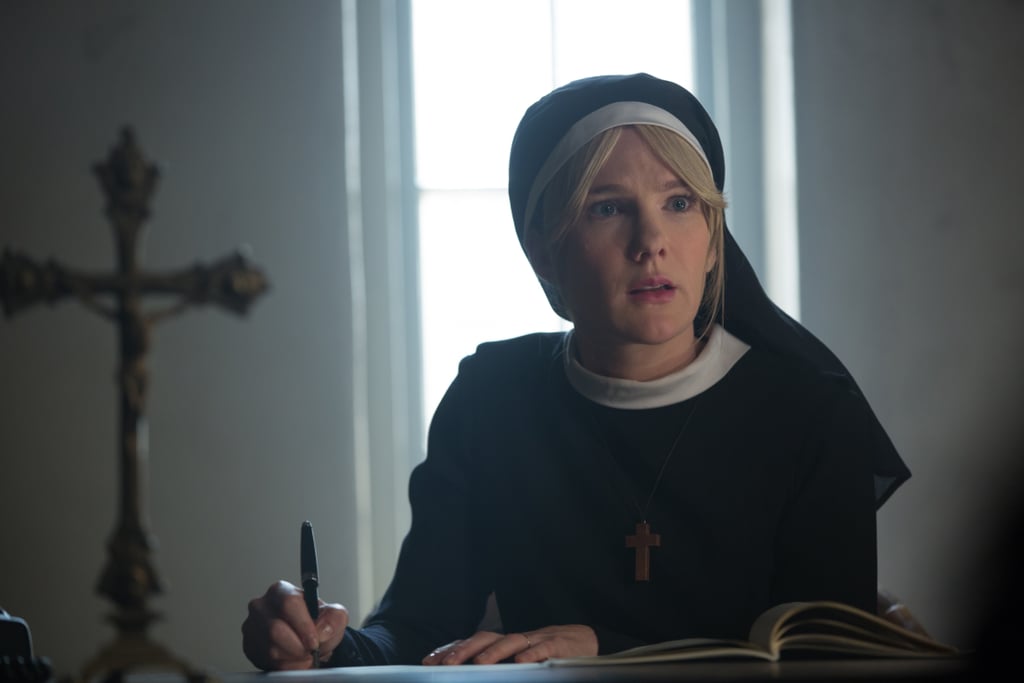 Lily Rabe reprised her role as Sister Mary Eunice in Freak Show, but only appeared in one episode. Prior to the happenings of Asylum, Sister Mary Eunice encounters Pepper (Naomi Grossman) for the first time in 1962. When Pepper is framed for her niece's murder, she is brought to Briarcliff, where Sister Mary Eunice assigns her to work in the asylum's library.

TV
It's a Sin: The People and Events During the HIV/AIDS Outbreak That Inspired the Series
by Navi Ahluwalia 3 hours ago