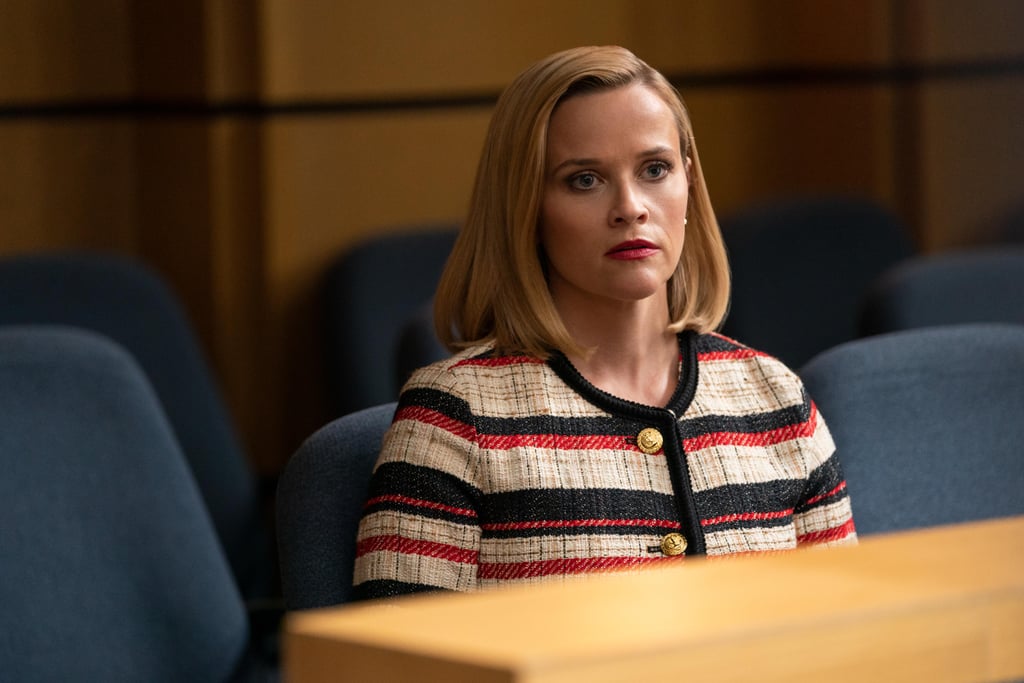 What Happens to Elena Richardson at the End of Hulu’s Little Fires Everywhere?

Pretty much every single facet of Elena's life comes crashing down. Tensions between her and Bill are still high as the trial continues to create a wall between them (so much so that Bill is sleeping on the couch and refuses to have a real conversation with Elena). Still, Elena can't help but overstep her boundaries to help the McCulloughs maintain custody of May Ling. She goes to an abortion clinic to see if her friend Elizabeth, who works there, can tell her if Bebe tried to abort her baby before giving birth. If they can confirm this happened, perhaps the judge will be more easily convinced that May Ling should be with the McCulloughs.

However, Elizabeth refuses to disclose any information because, you know, confidentiality and ethics. But when she receives a call and leaves her office, Elena sneaks onto her computer to look in the system. She doesn't find anything on Bebe, but she sees a file with Pearl's name on it. Believing Moody got Pearl pregnant, she confronts her youngest child. Moody, who had just gotten into a physical fight with his brother, Trip, over Pearl (more on that later), is just as surprised when he hears the news. He tells Elena that Pearl has actually been seeing Trip and they both believe that the jock got Pearl pregnant. Neither one of them know that Lexie is actually the one who got an abortion.

After Moody drops that truth bomb, the verdict for the McCulloughs vs. Bebe case comes in. Elena is delighted to hear that Linda and Mark will get to keep May Ling. However, things between her and Bill are still strained and they get into an intense argument back home. She says Bill wasn't there for her when she got pregnant with Izzy and had to give up her dreams (we're seeing the root of Elena's inherent resentment toward her youngest child here). Bill, who tells Elena that he knows about her dinner with Jamie, quickly snipes back that the only person Elena is unhappy with is herself, but she can't take responsibility for her own actions.

Reeling from the dispute, Elena goes to Mia's apartment to tell her that she and Pearl need to be out of the building by morning. Of course, they have a war of words and when Elena insinuates that Mia is a bad mother because of Pearl's abortion, Mia tells her the truth about Lexie. Elena leaves and runs into Pearl outside but doesn't say anything when Pearl tries to speak to her. Back home, Elena continues to spiral and begins drinking.

That evening, things between Elena and Izzy come to a head when Izzy — who knows Elena kicked Mia and Pearl out — tries to burn her own belongings in her bedroom. They exchange some heavy words, but Elena delivers a major dagger, blurting out, "I never wanted you in the first place." Lexie, Trip, and Moody are all taken aback and begin to see Elena's true colors. Izzy decides it's time to leave once and for all. Elena doesn't go after her and continues to cry in her room until Trip comes in to tell her the house is on fire and they evacuate.

When the police arrive, they suspect Izzy is responsible. But when they ask Elena who started the fire, she takes the blame. Although we know that's not true, it's an emblematic moment in which Elena finally recognizes her faults. She goes to Mia and Pearl's now-vacant apartment to see if Izzy is there. But all she finds is an art project Mia left on the table: a diorama of Shaker Heights covered in white flour with a bird cage holding a single feather. She tearfully takes the feather in her hand, alluding it to her missing daughter (the episode begins with a flashback in which a younger Izzy mothers a wounded bird to the annoyance of Elena). The last word she whispers — and it's the final word of the season — is simply, "Izzy."