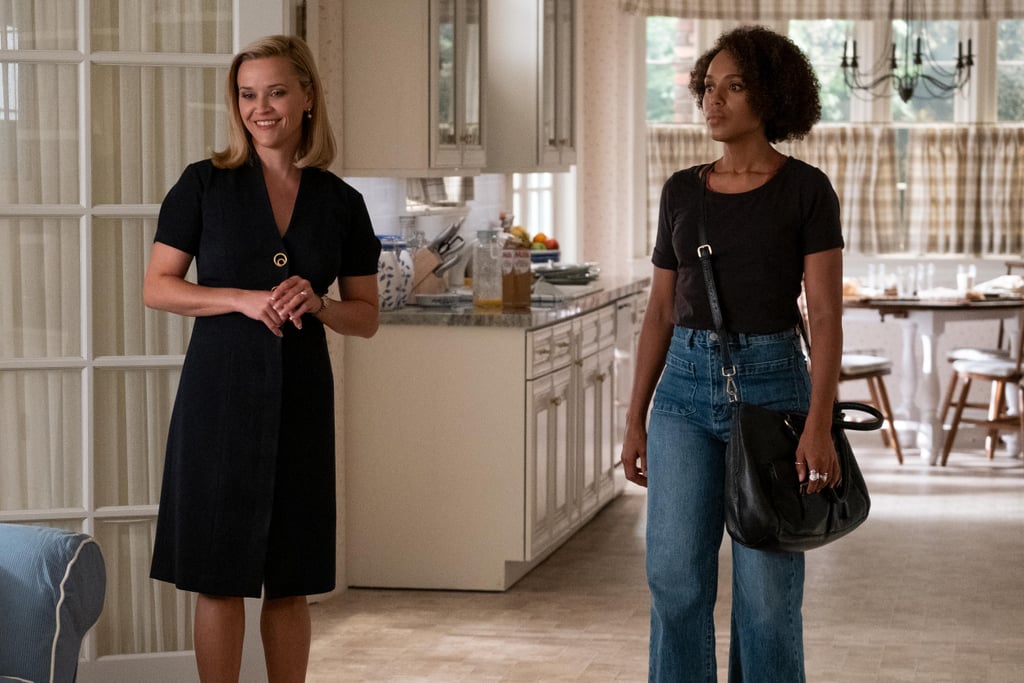 Hulu's adaptation of Celeste Ng's Little Fires Everywhere has been revving up the drama since its premiere, and we've officially reached a fever pitch. The limited series's finale, which dropped on April 22, shows the culminating events that lead up to the Richardons' house fire — and if you've read the book, you'll be surprised at who the arsonist is.

Near the beginning of the episode, we see the McCulloughs and Bebe Chow continuing to fight for custody of baby May Ling (aka Mirabelle). Meanwhile, the Richardsons and Warrens deal with frays that are rooted in overlapping conflicts between their families. Pearl and Mia are at odds (after Elena tells Pearl the truth about Mia's past), Elena and Bill's marriage is cracking under pressure, Lexie is dealing with the emotional aftermath of her abortion and breakup with Brian, Moody figures out that Pearl is dating Trip, and Izzy continues to feel frustrated by her family. Eventually, it all comes together in a shocking reveal about how the Richardsons' home is destroyed.

There's a lot that happens within the hour-long finale, but, don't worry: we're breaking down all the details. Keep reading to see everything that fans the flames in the concluding installment, then find out if there's potential for a season two of Litte Fires Everywhere.

Hulu
This May Be Shrill's Final Season, but We'll Jam to This Soundtrack For Life
by Amanda Davis 5 hours ago

Nostalgia
The One Where They Get Back Together: Watch the First Teaser For the Friends Reunion
by Monica Sisavat 10 hours ago