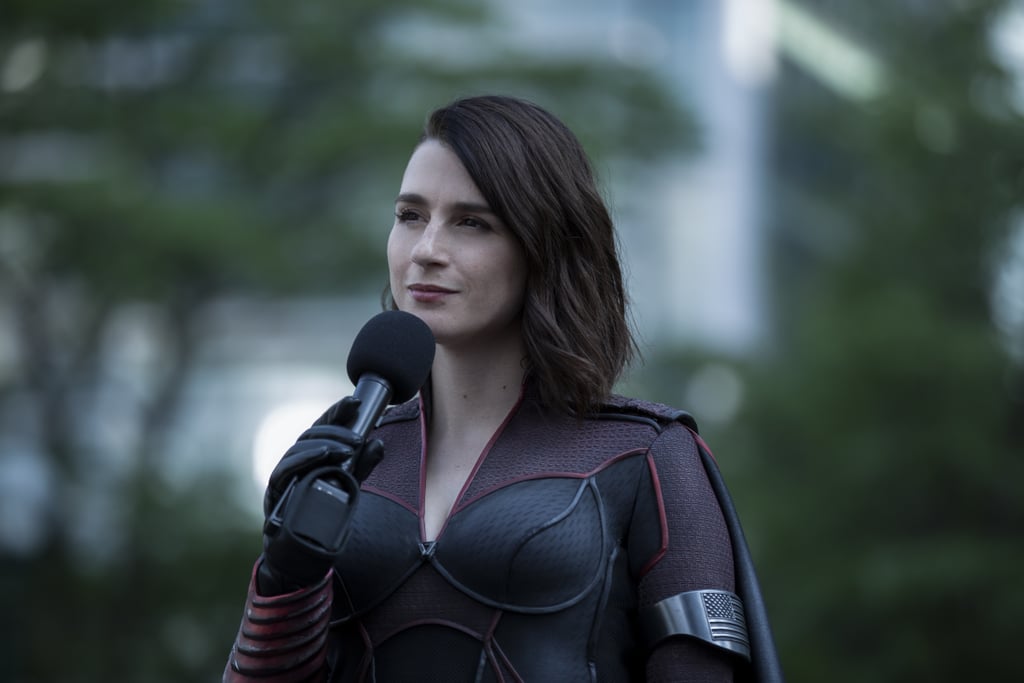 Is Stormfront Dead in The Boys Season 2 Finale?

After the reveal that Liberty is an old codename of Stormfront, the rest of her past is quickly unveiled. Hughie and Starlight (with surprising help from A-Train, though it was purely for personal gain) learn that Stormfront is the former wife of Vought's founder Frederick Vought. What's more, she was alive during the rise of Hitler's regime and is a hardcore Nazi. Photos of her wedding to Vought and association with Nazi Germany's most prominent figures like Heinrich Himmler and Joseph Goebbels were leaked to the press, bringing Stormfront's public pedestal crashing down to Earth.

In the season finale, a mess of clashes leads Stormfront to battle Kimiko, Starlight, and Maeve all at the same time, with the three other Supes coming together to beat the Nazi to dust. (It's a beautiful fighting scene that reminds me of the ending of Quentin Tarantino's Death Proof.) Down but not yet defeated, Stormfront gets away in time to interrupt the escape of Becca Butcher and son Ryan, aided by Billy Butcher. Stormfront easily overpowers Billy and is choking Becca to death when Ryan taps into his laser vision and blasts both women with his lethal eyes.

The blast leaves Stormfront a burned mess, mumbling in German, and lacking a majority of her limbs. Homelander tries to rouse her, but she's stuck in a daze. The next time we hear her name, Vought is using her as the scapegoat for the release of Compound V and the creation of Supe terrorists. Homelander tells the press that she's being held in an underground facility, which means Ryan's blast didn't kill her.

HBO
FYI: The Novelist Behind The Undoing Had Her Eye on Sylvia Steineitz, Too
by Kristin Harris 8 hours ago

The Voice
This Voice Contestant Made an *NSYNC Hit 100 Times Edgier, and I'm in Awe
by Kelsie Gibson 9 hours ago