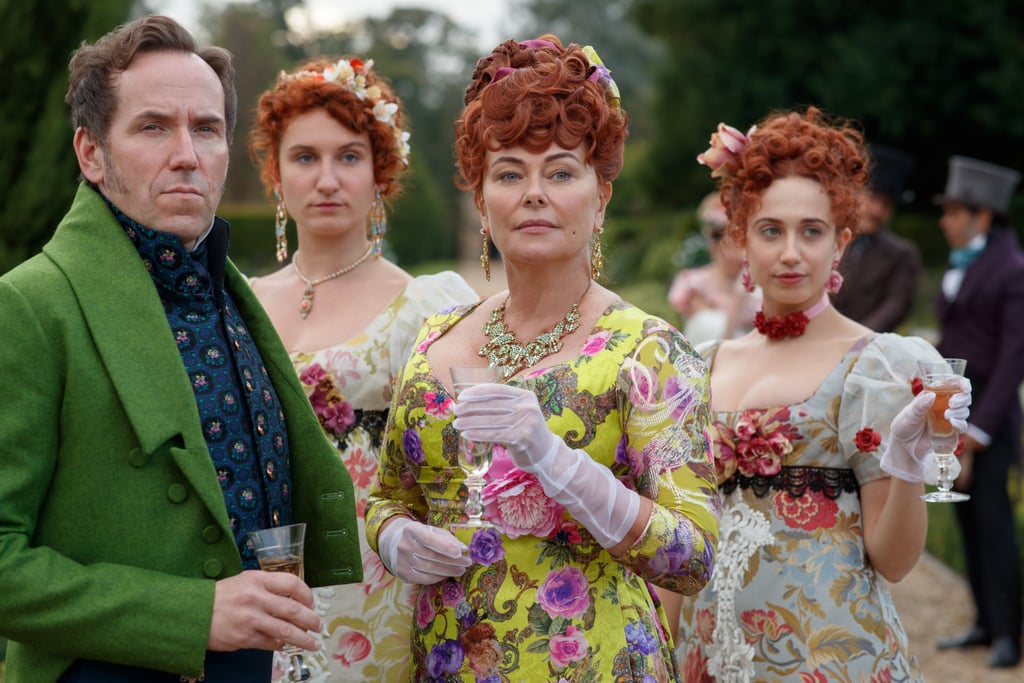 Compared to his wife, Archibald Featherington (Ben Miller) mostly fades into the background, not having much of an opinion on anything. However, he's known to make a bet or two in gambling circles — this habit becomes important toward the later end of the first season.

Like Lady Bridgerton, Portia Featherington (Polly Walker) just wants what's best for her daughters, playing the role of the micromanaging mother during London's social season. Unlike Viola, she's not above rigging the occasional sketchy Julie Cooper-esque scheme to help her girls get ahead in society. She also can't wait to get rid of her husband's cousin, who seems to be getting all of the attention she wants for her girls.

Miley Cyrus
Miley Cyrus Gets Lost in the Music During SNL Performances, and So Will You
by Kelsie Gibson 2 hours ago