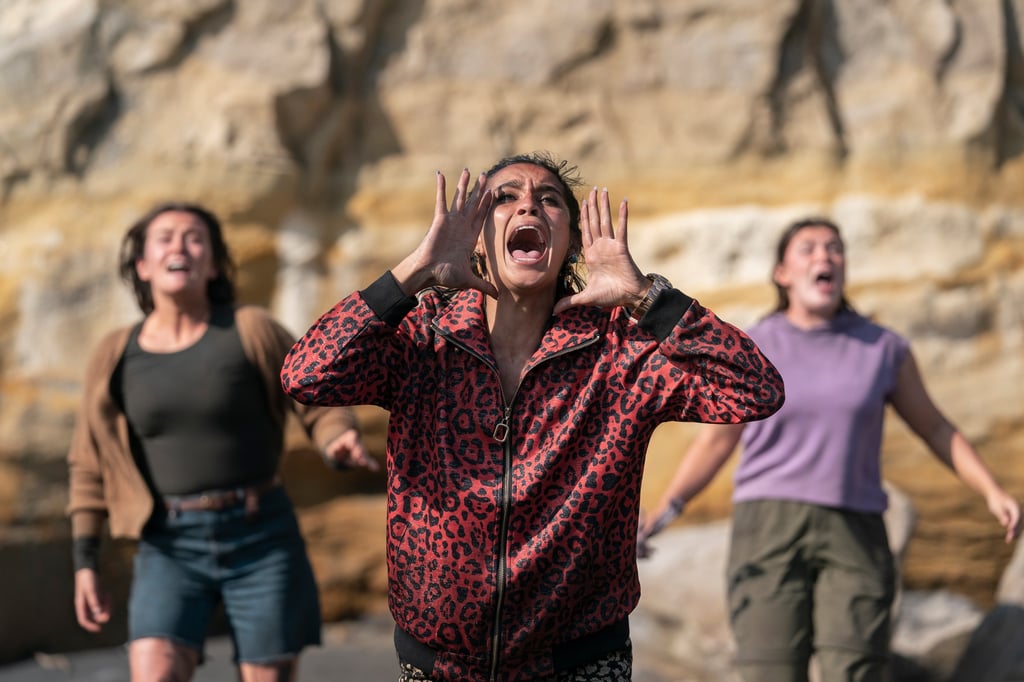 Will We Find Out More About the Girls' Rescue?

When a plane flies over the island, the girls think they're about to be rescued. However, Gretchen later tells her staff she paid off the pilot to not say anything. We continue to see the girls on the island for weeks after, and we see their interviews in the bunker, but not the rescue in between.

It's possible the researchers rescue the girls after the shark attack, especially if another girl dies trying to save Rachel. After all, the fewer subjects the researchers have, the less research they can obtain. However, I could also see the girls being on the island for longer than 23 days; Gretchen may want them there for a solid month since we know how important the island time is to her.

The girls also seem to have limited knowledge about what's really going on, especially since Daniel claims he's there to make them feel comfortable when he's truly instilling guilt and shame. Hopefully, Leah and Shelby are able to share the information they've learned with the other girls.

TV
Ginny & Georgia: Who Is Austin's Dad and Where Is He? (Assuming He's Not in Azkaban)
by Kamrun Nesa 9 hours ago

Hulu
Get Excited, Because Love, Victor Season 2 Finally Has a Release Date
by Kelsie Gibson 10 hours ago

Netflix
Ginny & Georgia: The 5 Biggest Revelations About the Family's Shady Past
by Kamrun Nesa 10 hours ago