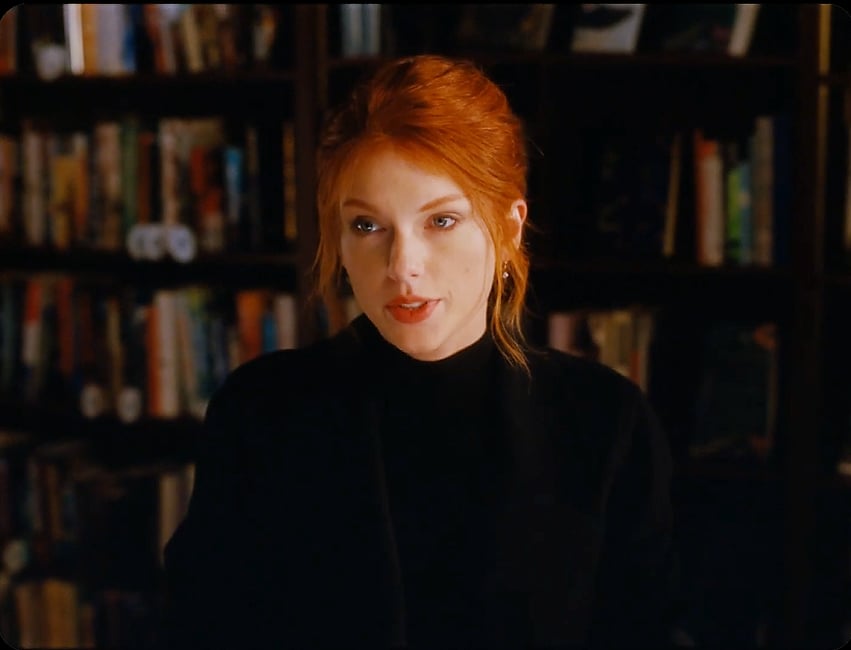 Yes, Sadie Sink is exceptionally talented and perfectly cast for All Too Well: The Short Film, but is there more to it? In the film's final moments, Sink's character is all grown up and now played by Swift herself (sporting red hair, of course). Seeing Swift in a vulnerable yet immensely powerful position as she reads out a biographical novel, I couldn't help but think back to Amy Adams's character in the movie Nocturnal Animals, Susan Morrow.

Interestingly enough, the movie also stars Jake Gyllenhaal as Susan's ex-husband who's written a no-holds-barred autobiographical manuscript about their marriage that immediately thrusts her into the whirlpool of disconcerting memories surrounding their marital life.

If you think about it, All Too Well depicts the movie's plot in reverse. Swift's ex in the video would be similarly confronted by the harsh realities of their relationship. While this theory may seem far-fetched, Swift never leaves a single stone unturned when it comes to the Easter eggs hidden in her work, so I wouldn't put it past her!

Celebrity Couples
Like Taylor Swift and Joe Alwyn, These 10 Couples Wrote Hit Songs Together
by Hedy Phillips 17 hours ago