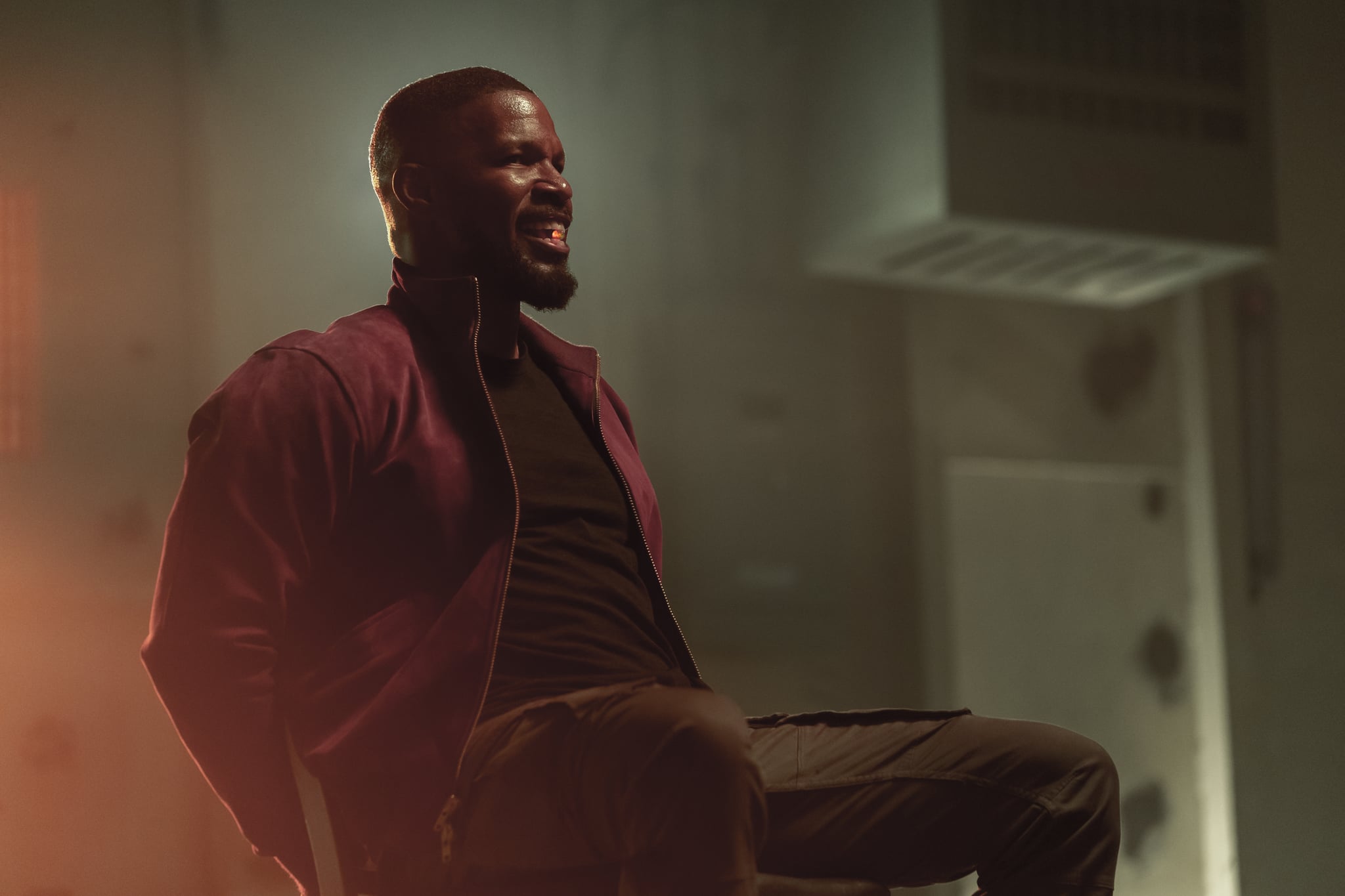 If you went into Project Power knowing you were going to learn something about the pistol shrimp, then you must've known something the rest of us didn't. The film follows ex-soldier Art (Jamie Foxx) as he teams up with teenage dealer Robin (Dominique Fishback) and local cop Frank (Joseph Gordon-Levitt) to stop power-enabling pills from being widely distributed and find his daughter, who's been taken by the evil corporation behind it all, Teleios. It turns out the source of power within the pill comes from animals, with each person receiving an ability from their designated animal.

You don't get to choose your animal or ability but, as Art explains after he asks his captor what the most powerful animal is, that isn't always a bad thing. Art's animal is the pistol shrimp, which sounds ridiculous but may just be the most powerful animal on the planet. "Little bitty guy, look harmless, but hit you so fast, it vaporizes the water around it. Eight-thousand degrees hotter than the surface of the sun. The shock waves, rips the flesh right off the bone. And when it's all over, it's just Mr. Shrimp sitting there, eating . . . anything that's left," Art says.

Related:
Project Power's Dominique Fishback Has Lived So Many Lives on Screen — Check Out Her Roles

We later see Art use the power to completely obliterate all the members of Teleios around him, leaving him near the brink of death. But how close is what we see in Project Power to a real-life pistol shrimp?

In actuality, a pistol shrimp uses its claws to fire bubble bullets to either kill or stun its prey. A marine biologist explained to Variety that a pistol shrimp's bubble bullets "reach temperatures almost as high as those on the surface of the sun," which is a far cry from ripping the flesh from the bone.

But of course, seeing Foxx snap bubble bullets toward his captors wouldn't have been half as dramatic as watching him utterly decimate them with vaporized water. The powers in Project Power may be derived from animals, but they don't imitate them exactly, allowing for, as Biggie (Rodrigo Santoro) puts it, "so much power, por favor."