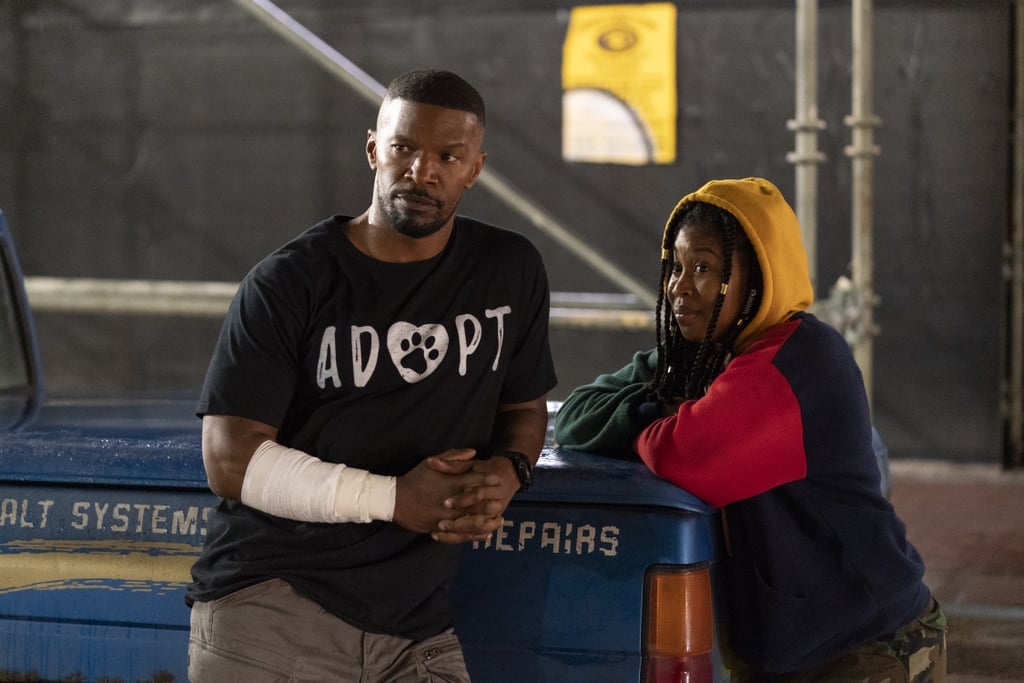 In Project Power, Dominique Fishback plays Robin, a dealer and aspiring rapper who has to team up with a local cop (Joseph Gordon-Levitt) and an ex-soldier (Jamie Foxx) to take down the group responsible for a pill that gives its users unpredictable superpowers for five minutes. In real life, Fishback is an actress and accomplished playwright who debuted her play Subverted Off-Off-Broadway in 2014. Around the same time, she had a number of one-off appearances on shows like The Affair and Blue Bloods, but she wasn't cast in her first recurring role until 2015's Show Me a Hero, as single mother Billie Rowan.

Since then, she's stolen the show as Darlene on The Deuce, and by the looks of Project Power's trailer, she seems to be on track to do it again. While you may have to wait until Aug. 14 to see her in action as Robin in Project Power, you can currently check her out in some of her other roles ahead — although there's still no release date for Judas and the Black Messiah.

Related:
Think The Deuce Is Too Crazy to Be Based on Real Life? Think Again
Previous Next Start Slideshow
TVMoviesProject PowerDominique Fishback