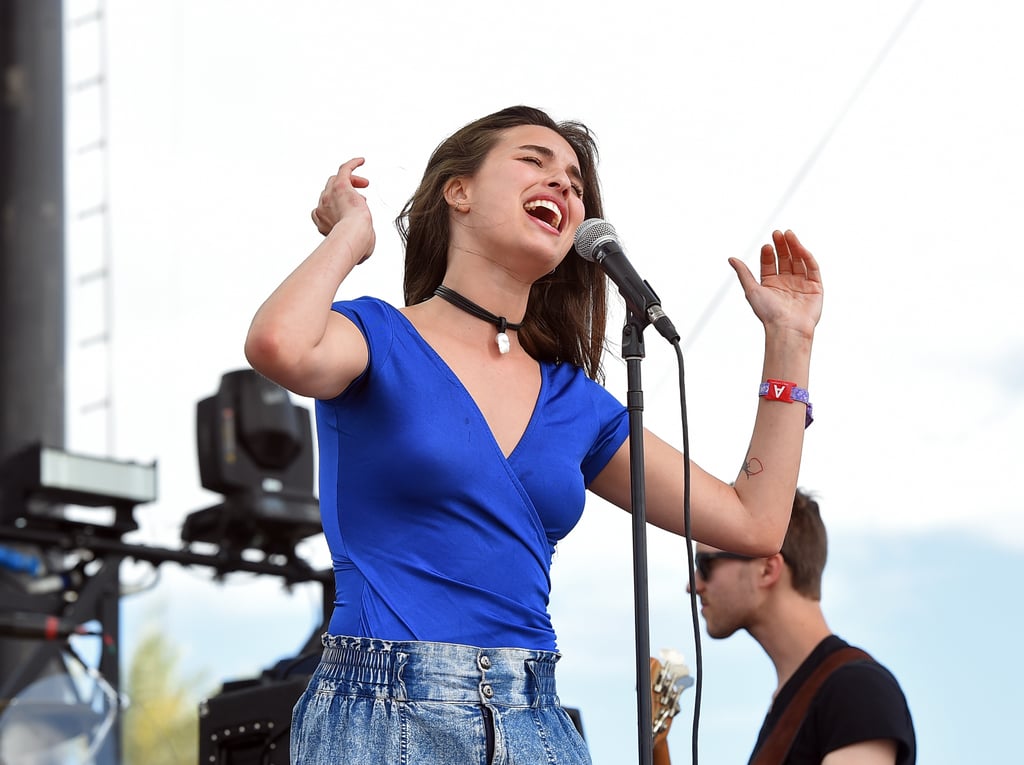 Rainey Qualley has one major thing in common with her Love in the Time of Corona character Elle: they are both singer-songwriters. Qualley — who is the sister of actress Margaret Qualley — has been releasing music under the name Rainsford since 2016. The song she sings for Adam (Emilio Garcia-Sanchez) at the end of the series is actually an original song that Qualley recorded herself called "6ft From Love."

In an interview with Entertainment Weekly, Qualley talked about the journey of Elle becoming a singer. "When [I] first started getting involved in the project, I was just given an overview of the character arc," she explained. "And then based on my meeting, I make music so they were like, 'We'll make Elle a musician and then Rainey can sing a song!'" You can listen to "6ft From Love" ahead before checking out some of her other songs.

Related:
Sorry, but It Looks Like These Are All the Love in the Time of Corona Episodes We're Getting
Previous Next Start Slideshow
MusicTVLove In The Time Of CoronaRainey Qualley