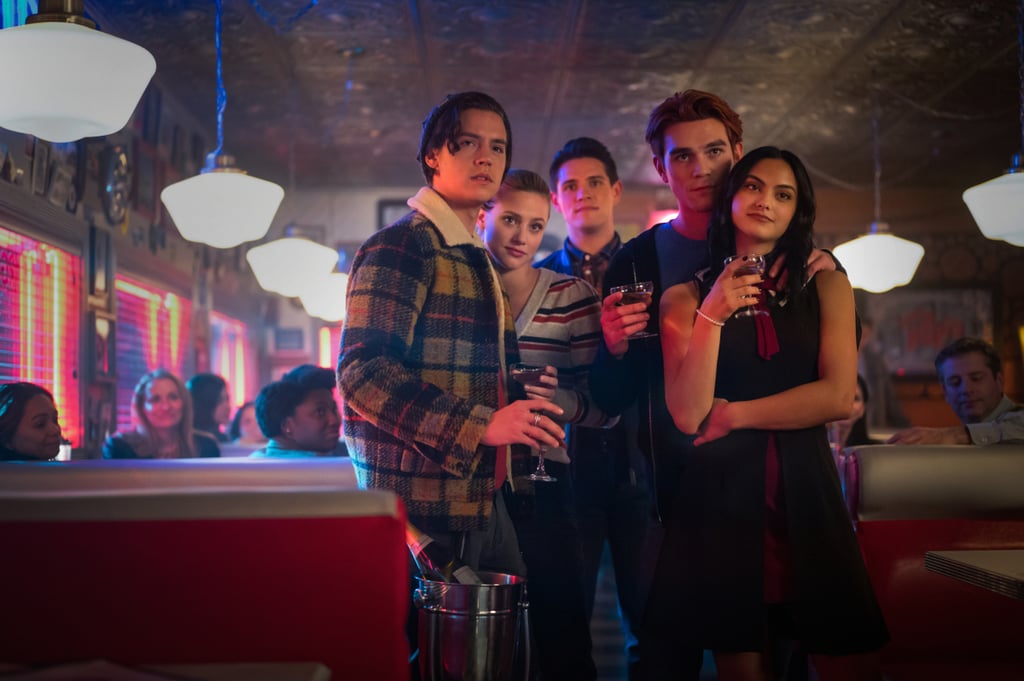 When Is Riverdale Season 5 Coming Out?

The return of Riverdale is upon us, and, boy, are we in for some messy drama and jump-scares. On Dec. 9, The CW dropped the official trailer for the fifth season — which will premiere in January 2021 — confirming that the show's main group of high schoolers will be up to no good. The forthcoming installment will continue where the show left off after production on season four was halted due to COVID-19 concerns. The fourth chapter ended up scrapping three episodes and concluded on a major cliffhanger involving the mysterious auteur voyeur.

With fans aching for answers amid so many uncertainties, showrunner Roberto Aguirre-Sacasa and cast member Mädchen Amick (Alice Cooper) have given us glimmers of hope for the next collection of episodes. Keep reading to find out everything we know about Riverdale's fifth epoch, including what will happen (*cough* there's a major time jump *cough*), how it will address the departures of Marisol Nichols (Hermione Lodge) and Skeet Ulrich (F.P. Jones), and when it will return to the small screen.

Related:
28 Times Riverdale Got So Weird and Wild, It Felt Like You Were on Jingle Jangle
Previous Next Start Slideshow
RiverdaleThe CWTVCelebrity InterviewsCelebrity Quotes

Netflix
Will There Be an "Extraordinary Attorney Woo" Season 2? Here's the Deal
by Pallavi Bhadu 42 minutes ago

The Tonight Show Starring Jimmy Fallon
Kenan Thompson Teases the "Good Burger" Sequel: "We're Working Harder on It Than Ever"
by Njera Perkins 1 hour ago

Health News
Kid Cudi Reveals He Suffered a Stroke in Rehab: "Everything Was F*cked"
by Yerin Kim 3 hours ago

by Jenny Sugar 17 minutes ago

by Naledi Ushe 27 minutes ago