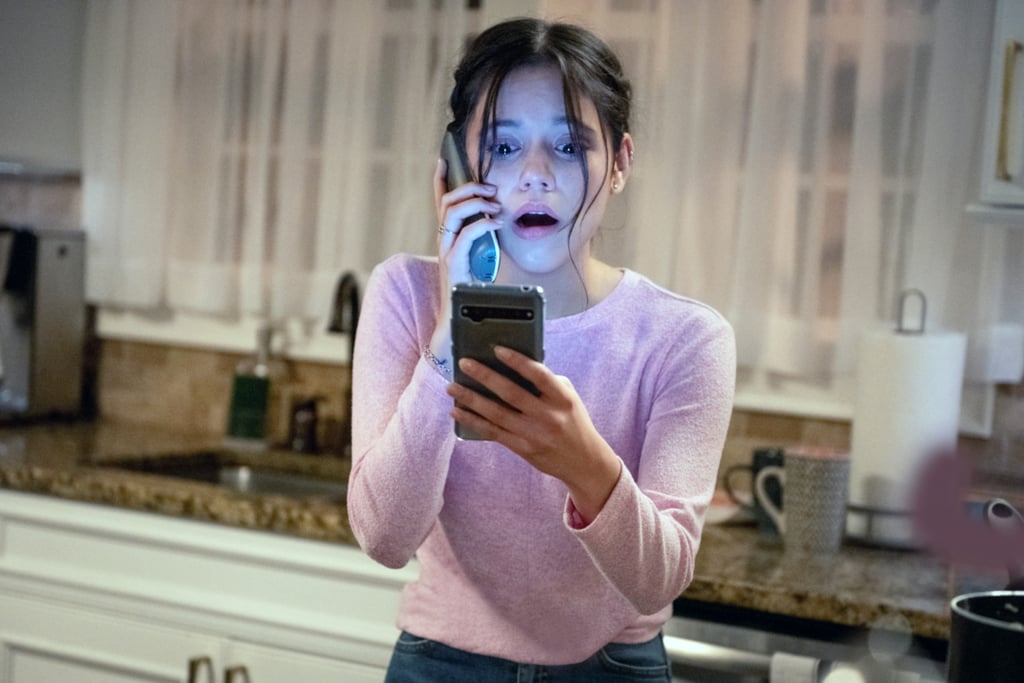 After much anticipation (and terror), the fifth installment of the Scream franchise, simply titled Scream, has officially hit theaters and fans, including myself, aren't well. It's been a decade since Ghostface wreaked havoc over the quaint town of Woodsboro, CA, and guess what, horror junkies? Ghostface is back! However, this time around, the killer is targeting a new group of high schoolers — albeit, that doesn't mean the original final girls, Sidney and Gale (Neve Campbell and Courteney Cox), are off the hook.

While diehard Scream fans were eager to see David Arquette, Cox, and Campbell reunited on screen, the relaunch also introduced a string of rising talent — such as Melissa Barrera, Mason Gooding, Jasmin Savoy, Jack Quaid, and Jenna Ortega — to the franchise as well. And, based on their social media, it's obvious there are no bigger or more loyal Scream fans than the newcomers themselves. If you're looking for more Scream 5 content, like behind-the-scenes photos or cast interviews, then you'll want to hit the "follow" button ASAP. Lucky for you, we took the liberty of rounding up all their social handles already!

Keep reading to learn where you can keep up with your fave cast members from the fifth Scream movie on Instagram, Twitter, and TikTok.

Yara Shahidi
Yara Shahidi Is Officially a Harvard Graduate: "It's Surreal"
by Njera Perkins 4 hours ago

Celebrity Instagrams
"Bridgerton"'s Ruby Barker Posts About Her Mental Health: "I Have Been Struggling"
by Yerin Kim 4 hours ago