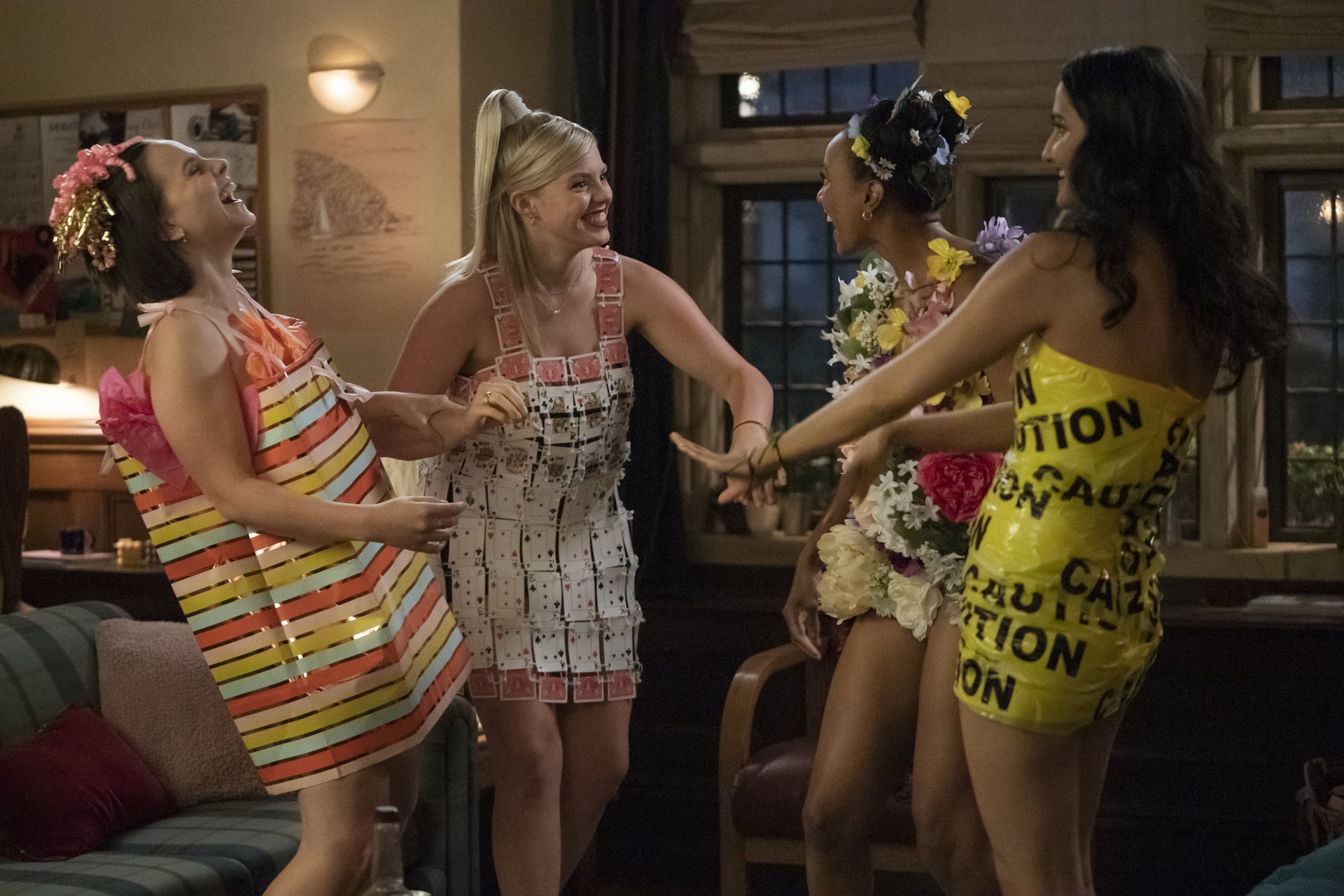 School settings in television and movies are usually defined by one thing: cliques. Just watch any comedy or drama centered in a school. From Lizzie McGuire to Pretty Little Liars, nearly every teen movie or show has a dichotomous portrayal of popularity. Mean Girls separates its student body into jocks, goths, and more cliques, with popular girl Regina George ruling at the top. In Gossip Girl, the nickname "Lonely Boy" obviously lacks cachet next to "Queen B." And in Netflix's He's All That (a reboot of She's All That), the entire plot hinges on a nerdy high school teenager getting a makeover as part of a social media popularity contest. By the end of most of these stories, the cliquey drama dissolves, and the characters come to the realization that there's more to life than popularity, but only after they've spent a majority of the show's season or the movie's 90-minute runtime glorifying it.

However, Mindy Kaling's HBO Max dramedy series The Sex Lives of College Girls (TSLoCG) refreshingly turns everything we've come to expect about "popularity" on television on its head. It takes us inside the elite halls of the fictional Vermont university Essex College and follows the lives of four freshmen roommates who couldn't be more different. There's Leighton Murray (Reneé Rapp), the preppy "mean girl"; Whitney Chase (Alyah Chanelle Scott), a star soccer player and senator's daughter; Bela Malhotra (Amrit Kaur), a sexually liberated aspiring comedy writer; and Kimberly Finkle (Pauline Chalamet), the adorably innocent book nerd who's at Essex on scholarship. The group dynamic represents four archetypes: the mean girl, the jock, the funny one, and the nerd. Since these archetypes are typically pitted against each other on TV, it initially seems the girls will butt heads.

Instead, TSLoCG demonstrates solidarity among its seemingly mismatched leads and prioritizes realistic depictions of college life from the start. As elite as Essex is, the privilege of wealthy students does not go unchecked. Even the sororities and fraternities, as exclusive as they are, live in their own bubble and don't have a ton of influence over the student body. Because, in the real world, being rich doesn't always make someone popular.

This reality is most plainly displayed through Leighton's storyline. The viewer may initially assume she will be Queen Bee on campus because she's seemingly got all the makings of one as they've traditionally been portrayed in media. She's rich enough to have her last name on the Essex Library building, is a self-proclaimed "judgmental d*ckhead," and has a hot older brother in a fraternity. But she gets a rude awakening on move-in day. First, her best friends from high school don't want her as a roommate because she's never given them the chance to know the "real" her. Then, when she damages campus property, not even her name on one of the school's buildings can get her out of 100 hours of community service. And later, despite Leighton's concerns Whitney won't fit into Greek life because of her fashion choices, Leighton is the one who ends up struggling to make friends because just looking the part of a stereotypical sorority girl doesn't overcome the fact that she's socially awkward. Ultimately, Leighton spends most of the first episodes upset over rooming with strangers, hooking up with random women because she's not ready to be openly queer, and generally struggling to find her footing. 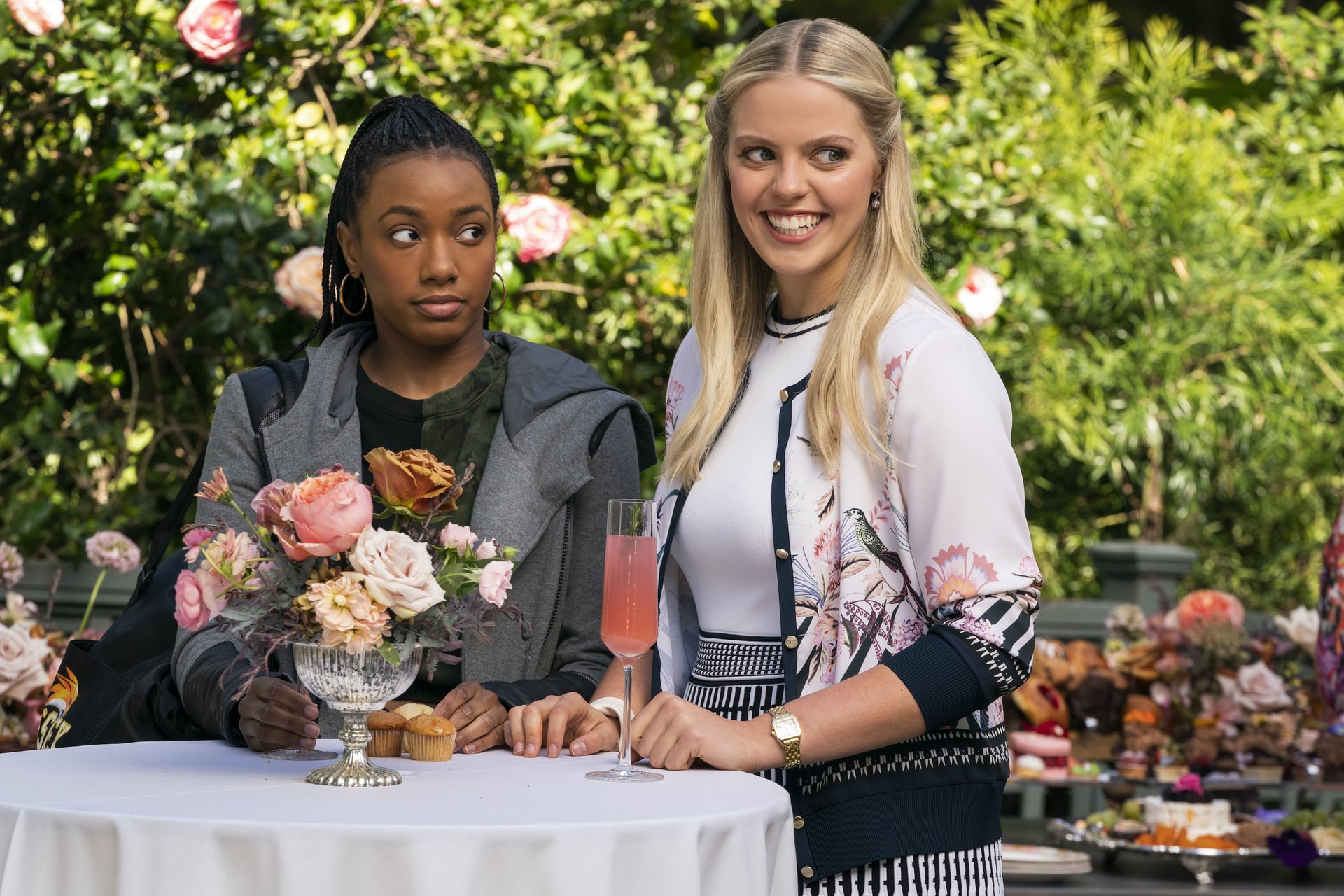 As satisfying as watching privileged, popular kids be put in their place on a progressive campus like Essex College is, it doesn't mean the show is a perfect commentary on popularity and privilege on college campuses. For example, the idea that Whitney, a senator's daughter, could carry on a secret affair with her married soccer coach and not get caught requires an immense suspension of disbelief. Politicians' children have been dragged on social media for far less. And, sadly, money really does talk when it comes to college admissions and disciplinary action. (Remember the 2019 college admissions scandal?) Leighton likely could've gotten out of community service if her parents had funded another building.

Still, the show isn't supposed to be a completely accurate reflection of college life. Kaling and cocreator Justin Noble said as much in an interview with Collider. "It has been great to write a wish-fulfillment of what I wanted my college experience to be, and I hope an audience relates that, on some level, or at least part of our audience," Noble said.

In the end, the show's overarching theme is about making dumb mistakes in college but owning up to them and growing. It subverts the "popular kid" archetype by removing the popular kid's social currency. There's no popular crowd because there's no one standard for popularity, and being mean is not a prerequisite for influence. Without the social currency she once had growing up, we start to see Leighton for who she is: an insecure girl with hormonal acne hiding behind cattiness, but who's striving to evolve over the 10-episode season. And that, in turn, makes us root for her.

In an interview with The Hollywood Reporter, Rapp, who plays Leighton (and also portrayed Regina George in Mean Girls on Broadway), said, "You kind of start to see [Leighton] unravel in a way . . . That's very scary for her but kind of cathartic to watch — because this person needs to be rocked. She doesn't make great decisions, nor is she necessarily a kind person. But as you start to peel back some of the layers, hopefully, she becomes not as judgmental as she has been in the past." 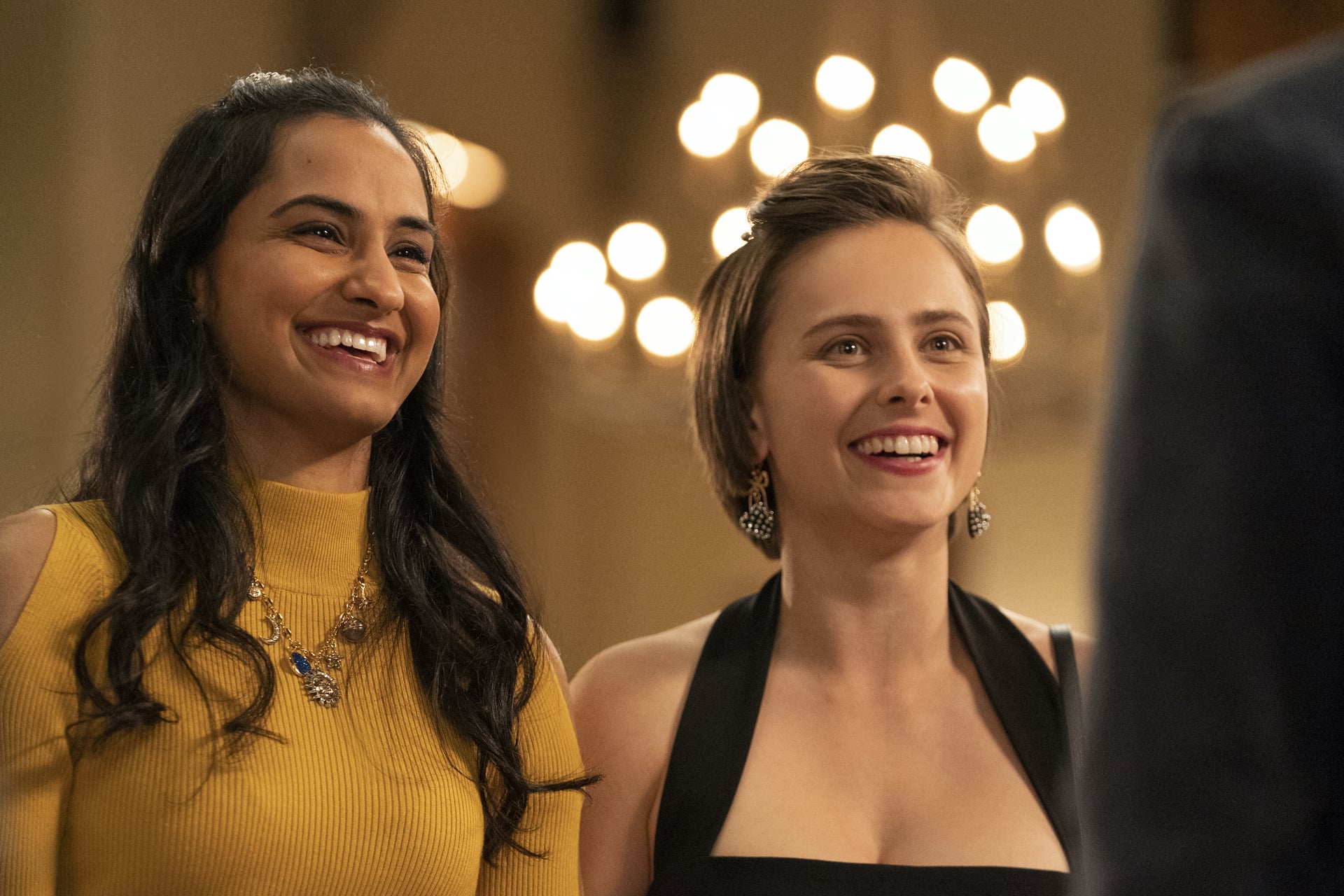 For many popular characters on TV and in movies, this moment of reckoning for the popular kid that Leighton experiences happens toward the end (if at all), and rarely ever involves any actual character development. But in TSLoCG, entering college life is an earth-shattering moment of clarity that makes her realize her popular mean-girl facade can only take her so far. So, rather than ignore the wakeup call, or worse, fight it until it's too late like popular kids in media tend to do, Leighton decides to change her ways little by little. Throughout the season, she slowly begins to embrace her sexuality and leans into building supportive friendships with her roommates, like when she offers to pay for Kimberly's meal during a fancy parents' weekend dinner after realizing that the restaurant she picked may not be within everyone's budget.

As different as Leighton, Bela, Whitney, and Kimberly are from one another, they aren't thinking about being the most popular superlative or conforming to an Essex standard of life, but rather about how they can grow, be better versions of themselves, and make an impact. Fortunately for us, the show has already been renewed for a second season, and we're already excited to see how our new favorite girl squad does just that.