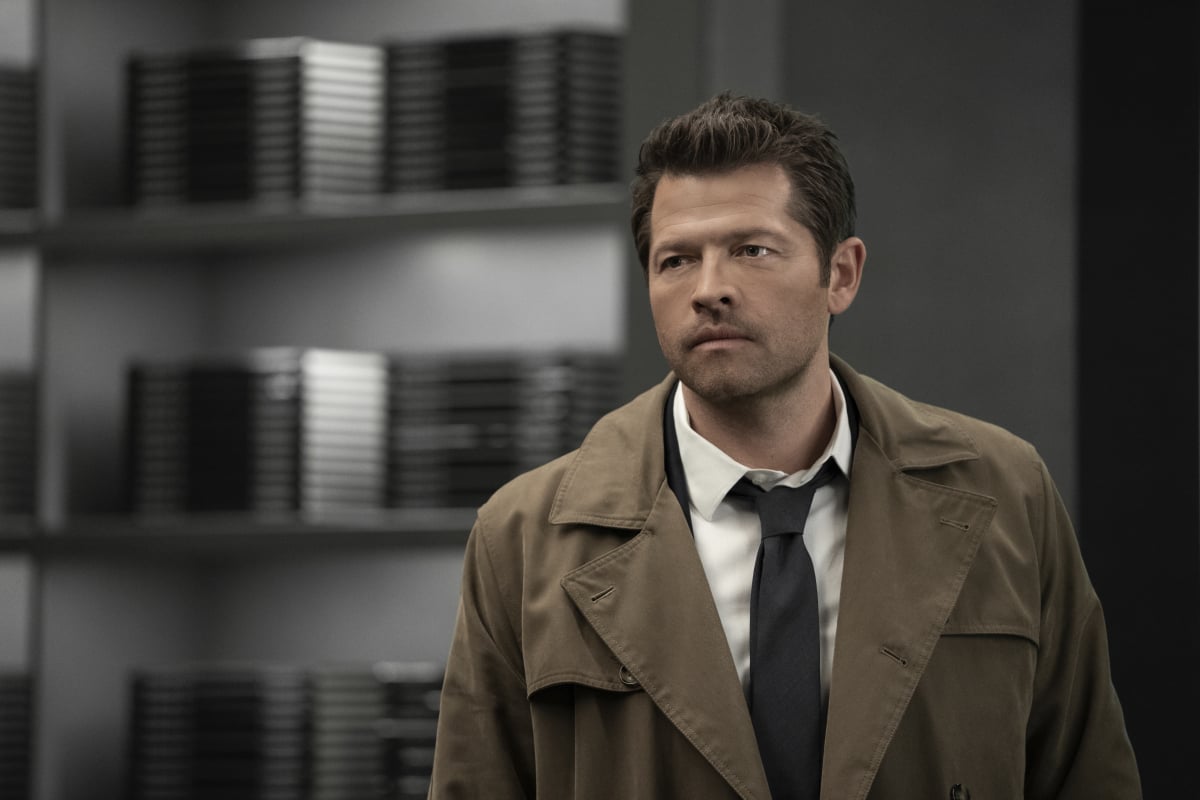 It's been less than two weeks since the series finale of Supernatural, but appropriately, the series is still carrying on after it's been salted and burned. While fans were notably divided over the series finale, which ended with the Winchester brothers reuniting in the afterlife after Dean dies during a hunt and Sam dies from old age, it's the events from the Nov. 5 episode, "Despair," that are causing conversation and chaos.

In "Despair," the angel Castiel (Misha Collins) sacrifices his life to save Dean (Jensen Ackles), confessing his love for the hunter right before being sucked into a hell dimension and dying. If you haven't seen it, it's just as dramatic as it sounds! In the English version of the scene, Castiel says, "I love you," and Dean responds, "Don't do this, Cas." But in the Spanish dubbed version of the scene, which aired on the Warner Channel a couple of weeks later, the scene plays out differently. Castiel tells Dean, "Te amo (I love you)," to which Dean replies, "Y yo a ti (And I you)."

HERE IS THE SCENE IN SPANISH A BIT MORE EXTENDED AHHHH pic.twitter.com/VKL6wRYcHv

Even before the Spanish dubbed version of the scene aired, the episode inspired contention from Supernatural fans. A large (and vocal) part of the Supernatural following is made up of LGBTQ+ viewers who have romantically paired many characters throughout the show's 15-year tenure. The Destiel fandom (fans who romantically pair Dean and Castiel together) has been prominent since Collins made his first appearance in 2008 and has over a decade's worth of material to fuel their ship.

Castiel's ending, where he confesses his love only to die immediately after, was incredibly disappointing to those hoping to see a queer love story with a happy ending on a show that has such immense history and status in TV. Then to have Dean die in the finale, mention Castiel in the afterlife, but never actually show the angel was another kick in the face. It's as if the Supernatural honchos decided to give fans a morsel of what they've been hungering for and then bury it in the ground with a Winchester salt and burn. It's a common practice for shows to "bury their gays" rather than give them fleshed out romantic stories, especially when it comes to characters who, regardless of how queer-coded they may be, are not queer according to the production team.

The episode's Spanish dub caused more controversy when Collins took to Twitter to air his grievance at the aired translation. "Hi, I just wanted to take a moment to explain there is no conspiracy, there never was an alternate ending of episode 15-18 when Cas said, 'I love you,'" the actor said in the posted video. "There apparently was a rogue translator." 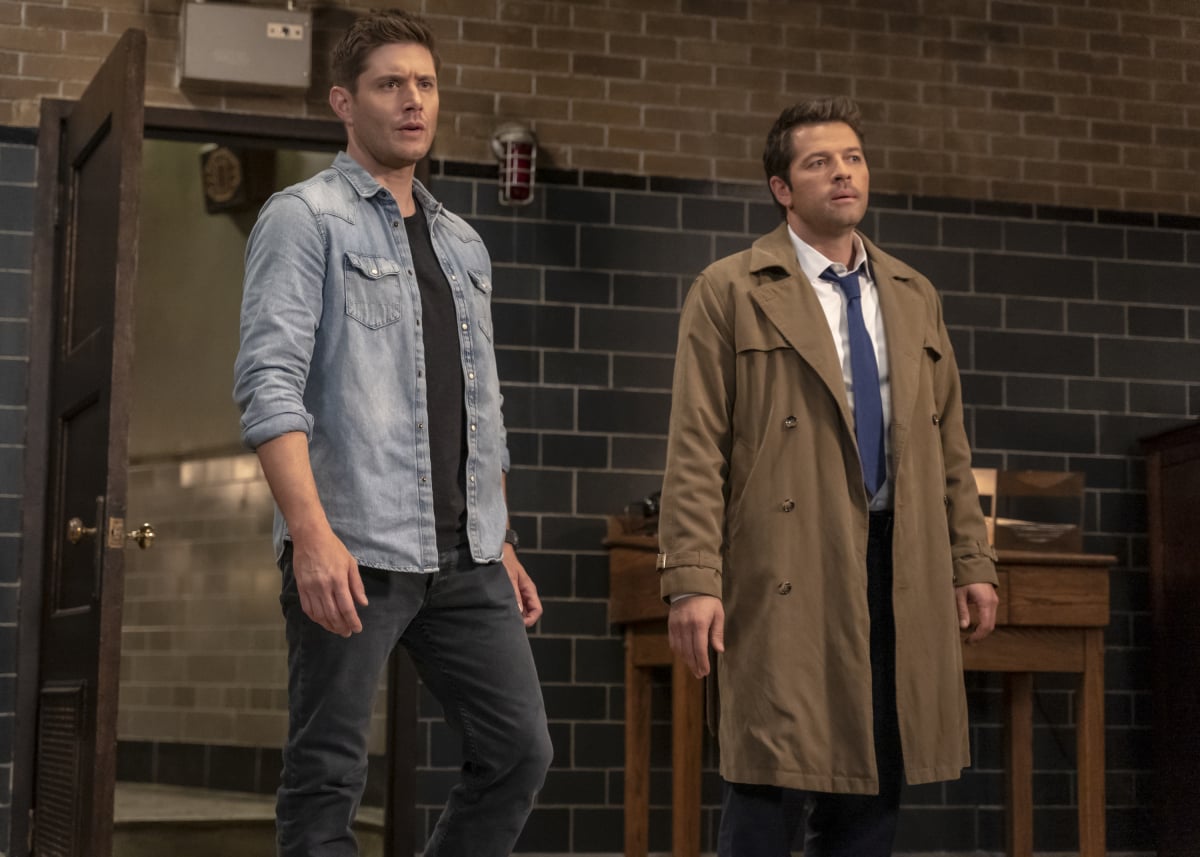 "I feel proud of the ending of Supernatural," he continued. "I feel like it was intentionally inclusive and a celebration of someone expressing their truth and having good things come of it. Castiel is not a character that plays into any insidious trope of exclusion in Hollywood. . . . By expressing who he really was, by making this declaration of love, he literally ends up saving the world. And if that's not something to celebrate, I don't know what is. I'm a little irked, that's my irked face."

Fans quickly spoke out against the video, saying that Collins should not tell his LGBTQ+ fans how to feel, and noting how it spoke over their valid feelings of disappointment with the scene. Collins returned to Twitter to apologize for the video, noting that "this isn't about me," and writing that he would be shutting up and listening to his fans' comments.

I see lots of comments about how tone-deaf my video is. I agree and I feel sick. I want to delete it, but I think that will erase all of your important comments & I feel like I should own my ignorance. I've been wrestling with this all night & day. Don't know what to do. Sorry.

It's nice to see Collins holding himself accountable for his actions, but it's incredibly frustrating to watch production continue to play the same game with fans. It seems unlikely that Dean's response to Cas reciprocating his declaration came from a "rogue translator," especially considering the hoops I assume productions have to go through for dubbing. The idea that someone just decided to throw in that wayward line without anyone pointing out that it was wrong is very hard to believe. It feels more likely that the line was included in the original script and was changed during editing or reshoots ("Despair" was the last episode shot before production shut down in March due to COVID) to either 1. keep fans from misinterpreting what production felt like was a familial sentiment (Dean refers to Cas as family in the finale episode) or 2. go with what they thought would be more emotionally impactful. Or maybe there is a rogue Destiel translator who said, "F*ck this noise, these boys belong together!"

Either way, Castiel's final moments will forever be a stain on the show's final season, for multiple reasons. It'll always have the air of what could have been. Some might even say that it would have been better if Supernatural never attempted to make Destiel "official," albeit heavily one-sided. Luckily, fans will always have fan fiction to fix what they didn't like!

ABC
Will the Queens Make Another Comeback For Season 2?
by Njera Perkins 2 minutes ago