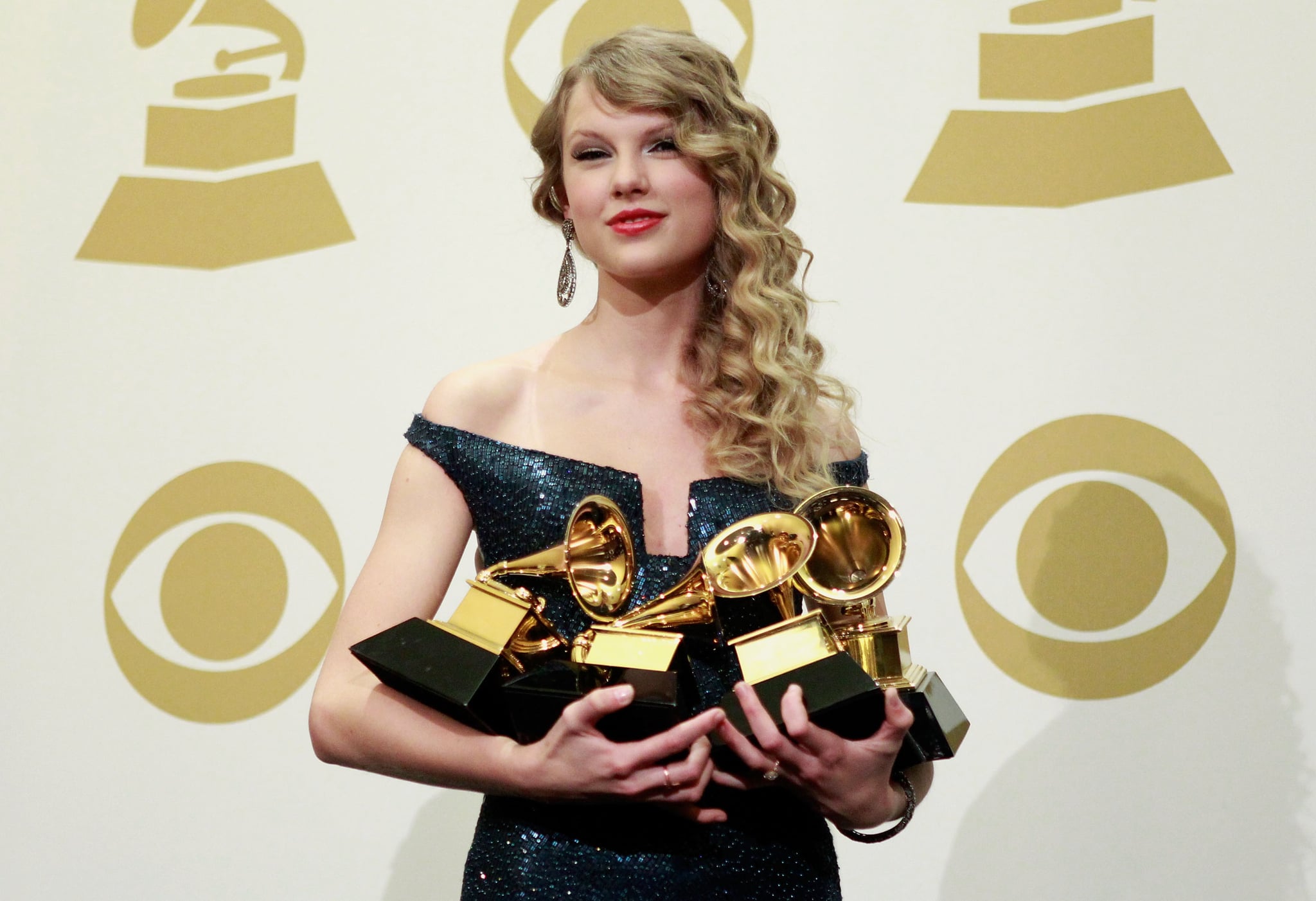 Taylor Swift is taking us back in time with her rerecorded albums. Earlier this month, the singer announced that she is prepping to release her version of Fearless, and it has prompted a lot of questions from fans. How will the rerecorded tracks compare to the originals? What are the new six songs from the vault? And finally, will the album be eligible for a Grammy?

Swift's Fearless album certainly received critical acclaim at the Grammy Awards in 2010. Not only did it mark her first Grammy win for best female country vocal performance for "White Horse," but it also took home album of the year, making a then-20-year-old Swift the youngest artist to win the award at the time. Since the album is so near and dear to fans hearts, we can't help but wonder, will she be able to make Grammy magic happen twice with the rerecorded album? The answer is a bit complicated.

According to a Recording Academy spokesperson, "Current eligibility guidelines would allow for the new performances and albums to be eligible if they were recorded within the last five years. However, none of the older songs would be eligible for songwriting awards." That being said, Swift is releasing a whole batch of new songs from "the vault" that would be eligible for songwriting categories since they have never been released. The new songs would also be eligible for Grammys in performance categories since they have been recorded in the last five years.

Of course, the fact that her rerecorded albums will be Grammy-eligible is getting some mixed reactions. On the one hand, a Grammy nomination for these albums would be extra special for Swift, because she will actually own her work. Additionally, it could open the door for albums like Red or Reputation — which many fans believe were snubbed at the award show in previous years — to finally get the recognition they deserve. However, as other people have pointed out, Swift getting nominated for previously released albums could take opportunities away from other up-and-coming artists. This past year alone, we saw countless snubs for deserving artists despite receiving critical acclaim and making their mark on the music charts.

Swift wouldn't be the first artist to receive a Grammy nomination for rerecorded songs — Frank Sinatra's Grammy-winning album A Man and His Music included rerecordings, and Nat King Cole was nominated for album of the year for The Nat King Cole Story, which included rerecordings — so it will certainly be interesting to see how the Recording Academy approaches her new version of Fearless next year. In the meantime, I'll just relish in all of her previous accomplishments.

Taylor Swift
All the Signs Taylor Swift Has a Secret, Unreleased Album From 2016 Coming Soon
by Olivia Luppino 14 hours ago