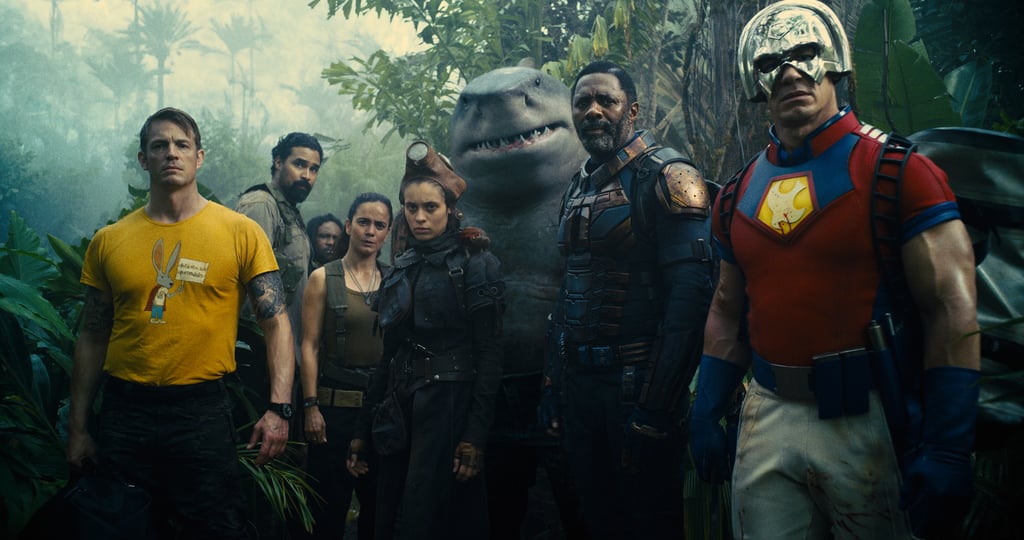 One of the biggest draws of DC's The Suicide Squad is its use of niche and interestingly named villains to create a ragtag group of anti-heroes. Inspired by the fictional comic team of the same, the James Gunn film sees Amanda Waller send the prisoners of Belle Reve out on a near-impossible mission to destroy Jotunheim, a Nazi-era prison and laboratory in South America.

With such ridiculous powers, like the ability to use polka dots with deadly force or detach limbs to use as weapons, it's no wonder that the group has some incredible costumes. John Cena even dressed as Peacemaker for The Suicide Squad premiere on Aug. 2. "He hasn't taken it off in weeks," joked costar Nathan Fillion to Entertainment Tonight. Ahead, you can see what Cena, Margot Robbie, Idris Elba, Daniela Melchior, and more look like both in and out of costume as Task Force X, aka the Suicide Squad, before the film premieres on HBO Max and in theaters on Aug. 6.