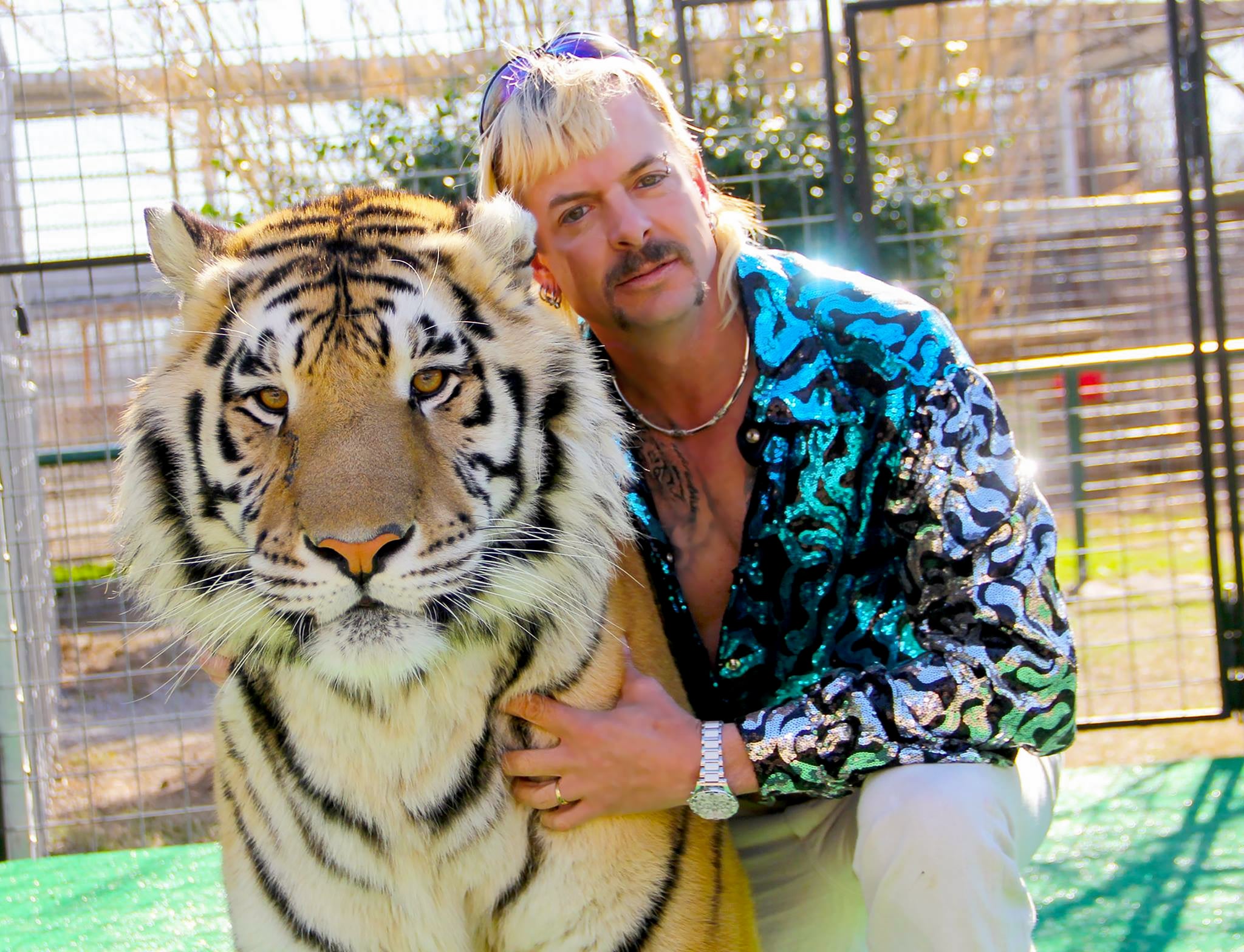 Hey, all you cool cats and kittens! We hope you're ready for more Tiger King content, because Netflix is here to deliver. On Thursday, the streaming giant announced that an aftershow special, The Tiger King and I, will premiere on April 12 and feature new interviews with stars John Reinke, Joshua Dial, John Finlay, Saff Saffery, Erik Cowie, Rick Kirkham, and Jeff and Lauren Lowe. Host Joel McHale will follow up with each person to see how life has been since the docuseries clawed its way to the top of everyone's binge list, while shedding a light on the world of exotic animal zookeeping.

Tiger King — which released on March 20 — details the undertakings of Oklahoma zookeeper Joseph Maldonado-Passage (better known as Joe Exotic) that eventually lead to his imprisonment. Along the way, we explore his connections to Reinke, Dial, Finlay, Saffery, Cowie, Kirkham, and the Lowes, among others — notably Big Cat Rescue manager Carole Baskin. And when we say it's wild, we mean it. While some loose ends are tied by the show's conclusion, others are left hanging. Hopefully, the aftershow will answer some of our burning questions. Buckle up, everyone, because the story isn't over yet.